Democrats seek narrow path to rein in cost of medicines 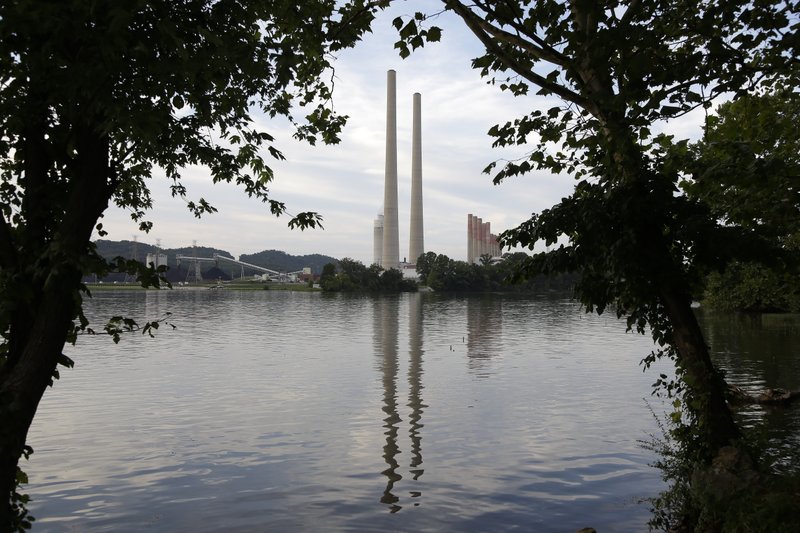 FILE - In this Aug. 7, 2019, photo, the Kingston Fossil Plant stands near a waterway in Kingston, Tenn. The Trump administration will let some leaking or otherwise dangerous coal ash storage ponds stay in operation for years more and some unlined ponds stay open indefinitely under a rule change announced Friday, Oct. 16, 2020. In 2008, the six-story-tall dike on a massive coal ash pond at the Tennessee plant collapsed, releasing more than a billion gallons of coal ash into the Swan Pond community. It remains the largest industrial spill in modern U.S. history and prompted the 2015 regulations that were intended to increase oversight of the industry. (AP Photo/Mark Humphrey, File)

Friday’s move weakens an Obama-era rule in which the EPA regulated the storage and disposal of toxic coal ash for the first time, including closing coal-ash dumping ponds that were unstable or contaminating groundwater.

The looser strictures announced Friday are “important to power-producing utilities that Americans in a number of states rely on every day,” EPA assistant administrator Peter Wright said in a statement.

Coal ash is a byproduct of burning coal for power and contains arsenic, mercury, lead and other hazardous heavy metals. U.S. coal plants produce about 100 million tons (90 million metric tonnes) annually of ash and other waste.

Data released by utilities in March 2018, after the Obama administration required groundwater monitoring around coal ash storage sites, showed widespread evidence of contamination at coal plants from Virginia to Alaska.

For decades, utilities largely disposed of coal ash by sluicing it into huge open pits. In 2008, the six-story-tall dike on a massive coal ash pond at a Tennessee plant collapsed, releasing more than a billion gallons of coal ash into the Swan Pond community. It remains the largest industrial spill in modern U.S. history and prompted the 2015 regulations that were intended to increase oversight of the industry.

But the change in administrations brought a change in priorities, with President Donald Trump vowing to boost the struggling coal industry by rolling back regulations and appointing former coal lobbyist Andrew Wheeler to lead the EPA.

The latest rollbacks will allow some coal plants to keep their storage ponds open for years longer than envisioned in the 2015 rule.

“The reason the utilities are arguing to keep the ponds is because they have put in these unlined pits out the back door of the power plant that act as a catchall for their toxic waste,” said Lisa Evans, an attorney for the environmental group Earthjustice. “They don’t want to get rid of them because they are cheap.”

The 2015 rule required the most dangerous ponds to close by April 2019, but that deadline has been repeatedly pushed back, Evans said. Her group sued over the original rule, arguing that it didn’t go far enough. One of their victories came in 2018 when the U.S. Court of Appeals for the District of Columbia Circuit ruled that all unlined ponds (called “clay-lined” by the EPA) needed to close. The court stated simply, “Clay-lined units are dangerous.”

The revised rule tries to get around the court order by letting utilities demonstrate that their unlined ponds “pose no reasonable probability of adverse effects on human health or the environment.” The agency reasoned that all sites are different, and some unlined ponds might be safe.

But Evans said the process for determining safety could keep ponds that were scheduled to close open for many years longer.

“The Trump EPA is flouting the court’s decision,” she said. “I’ve never seen anything like this before.”

All the changes together are expected to save the industry between $41 million and $138 million per year, according to EPA estimates.