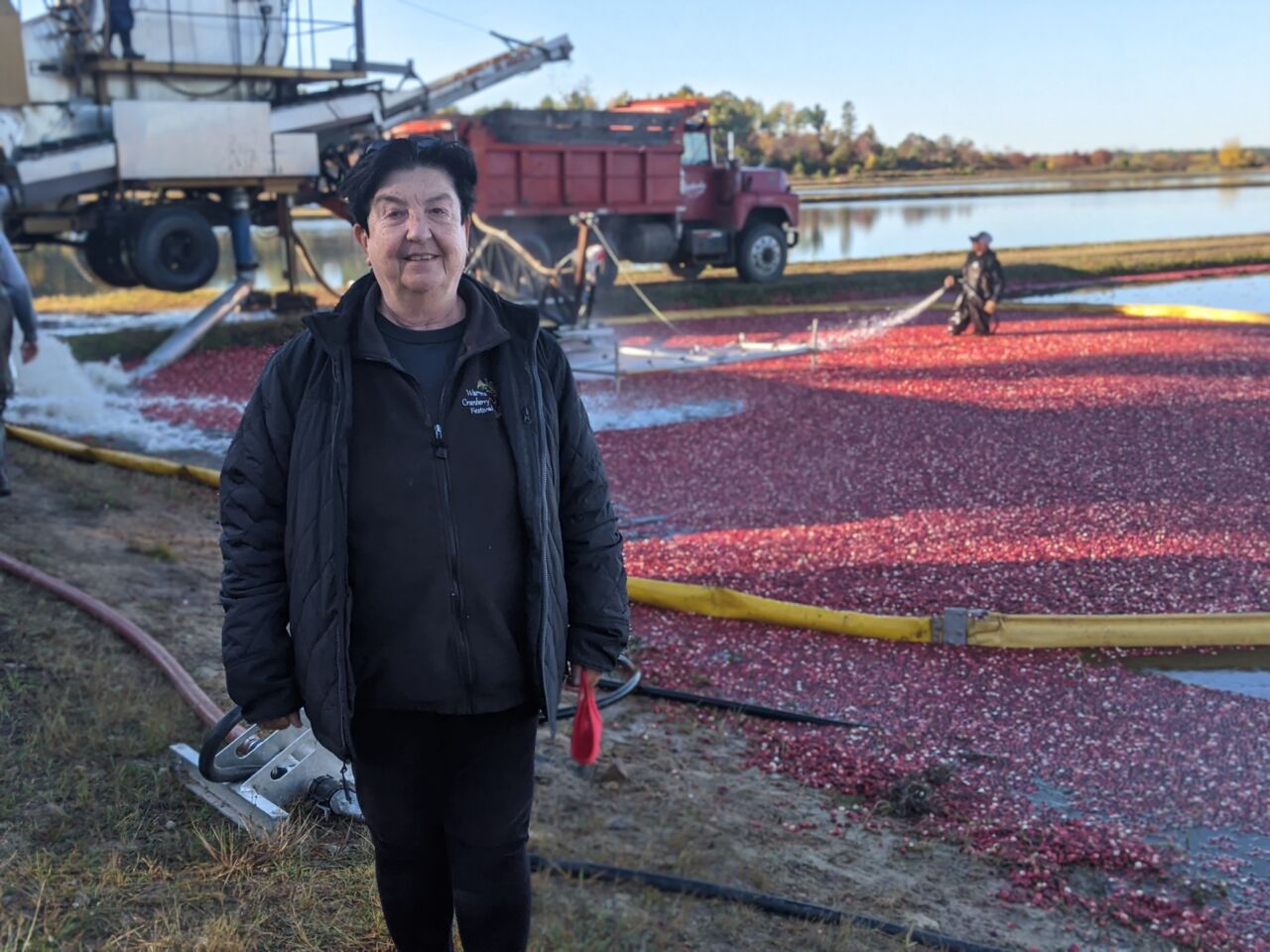 One of the most beautiful harvests is underway in the Midwest, and Wisconsin cranberry producers expect to have a bountiful crop.

Each year, Wisconsin growers harvest more than half of the nation’s supply of cranberries, an impressive feat considering there are only about 250 producers on 21,000 acres of land. Wetherby Cranberry Company has been part of that tradition since its foundation in 1903.

“We first packed fresh fruit in 1905, and I am the third generation on this marsh,” Nodji Van Wychen said.

She explained the marsh was originally started by a group of investors from Chicago who were lumbering and discovered wild cranberries. They loaded the fruit on a train in Warrens and sent them back to friends, family, and acquaintances in Chicago.

“They absolutely loved them, so the investors decided to start domesticating the cranberries in the area,” Van Wychen said.

They hired her grandfather in 1915 to manage the marsh. At the time, he was working at the Wisconsin Cranberry Experiment station near Wisconsin Rapids.

“My mother was only two weeks old when they moved to the marsh,” she said. “She lived here until she was 96-years-old. I always joked with her that she lived that long life because she loved to eat cranberries, and they are healthy for you.”

Van Wychen’s parents became the second generation on the marsh after her father returned from World War II and married her mother. He chose to work on the marsh rather than return to his job as a teacher.

The 70s held tough years for cranberry prices, so when the investors who owned the marsh did not get their annual dividend check in 1972, her father offered to buy it from them.

“He was at retirement age himself,” Van Wychen said. “I’m an only child. I grew up here on the marsh and loved the marsh. I was teaching at the time and I said, ‘Don’t worry dad. I’ll come back to the marsh.’ After one year, I said, ‘I have got to have a husband.’”

Her father suggested two places to look: at church, or in a bar.

“I did the right thing first,” she said. “I went to church, but there were no young men at church, so I went to a bar. Being a former school teacher, I had strict criteria of what I wanted.”

Fortunately, Jim met that criterion. He was a gentleman who knew how to run and fix equipment and had a good work ethic.

“When he proposed, I said, ‘You have to marry the marsh and myself because we go together. If you don’t want to come into the cranberry business, I’m not the girl for you, but I know you love to eat cranberries. I can give you cranberries three times a day, 365 days a year.’ I’m sure that was the hook that did it,” Van Wychen joked.

They have been married for 47 years and have four children and 10 grandchildren.

“We love being part of this cranberry business,” she said. “What has really made me happy lately is I’m pretty sure I will have the fifth generation on the marsh because our grandson definitely wants to come back.”

Like all forms of agriculture, cranberry producers have their share of highs and lows. Last summer, the cold, wet weather impacted crops, and Wisconsin cranberry production was down 30 percent.

“This year, it is an exceptionally good crop,” Van Wychen said. “We will make all that up and a little more.”

The pandemic posed other challenges. School tours and field trips to the marsh are mostly canceled. The annual Warrens Cranberry Festival was postponed until 2021.

“I was one of the founders to create that festival 48 years ago, so that was a real heartbreaker for me,” she said. “And it was such an economic loss for the entire community.”

The marsh also could not afford to have an employee get sick because a two-week quarantine window could eat up the length of a harvest.

“If we waited too long, the weather will get cold, and the berries will get frozen in and the beds and we would lose our crop,” Van Wychen said.

Early cranberry varieties are harvested at the end of September, but peak harvest, or the mid-season, is usually the first three weeks of October. Not many growers harvest late berries at the end of October because they are used for fresh fruit, which is a slow, labor-intensive, and expensive harvest.

“Less than 5 percent of the nation’s crop is harvested for fresh fruit,” she explained. The other 95 percent of the harvest is for processed berries that go into sweetened, dried cranberries or cranberry juice.”

Wetherby Cranberry Co. is one of two Wisconsin producers that pack fresh fruits.

“We’ve been packing fresh fruits since 1905, and we established all of our markets through wholesalers, roadside sales, farmers markets, and so forth. We stay in the fresh fruit business because that’s part of our tradition.”

The marsh is always innovating to address the workload, especially as they face labor shortages. For instance, in the past, Wetherby used rakes to help collect and direct berries in the flooded bogs for harvest. Her son developed a plan to use high-powered hoses and the force of water to push berries.

“It also means there are less people tromping through your bed flattening the vines down, so it is actually a blessing in disguise,” Van Wychen said. “We’re learning that we can collect the fruit without as much labor and in a different manner.”

Once the fruit leaves the march, it travels locally and globally, but trade has been tough for the fruit producers.

“As a nation, 35 percent of the crop has been exported to China in the past,” she said. “When the fair trade agreements went awry, that kind of took a blow. That [trade] is not happening right now. We hope that it will resume in the future.”

A promising prospect comes from a recent health study. The Cranberry Marketing Committee, which is a federal marketing group, used research dollars for a health study in China. China and third-world countries are struggling with a gut disease called H. pylori, according to Van Wychen. Severe cases can lead to stomach cancer.

“News reported in health research magazines looks positive that the use of cranberries is improving those with the H. pylori disease. We have to find a form they are willing to use and be diligent about it. The populations are enormous in those areas, and if we could have them utilize a cranberry product over there, it would be amazing.”

As the cranberry harvest continues across Wisconsin, Van Wychen says despite the highs and lows, their industry is alive and well.

“We are actively trying to produce a healthy product for the American consumer not just for their holiday diets, but year-round.”