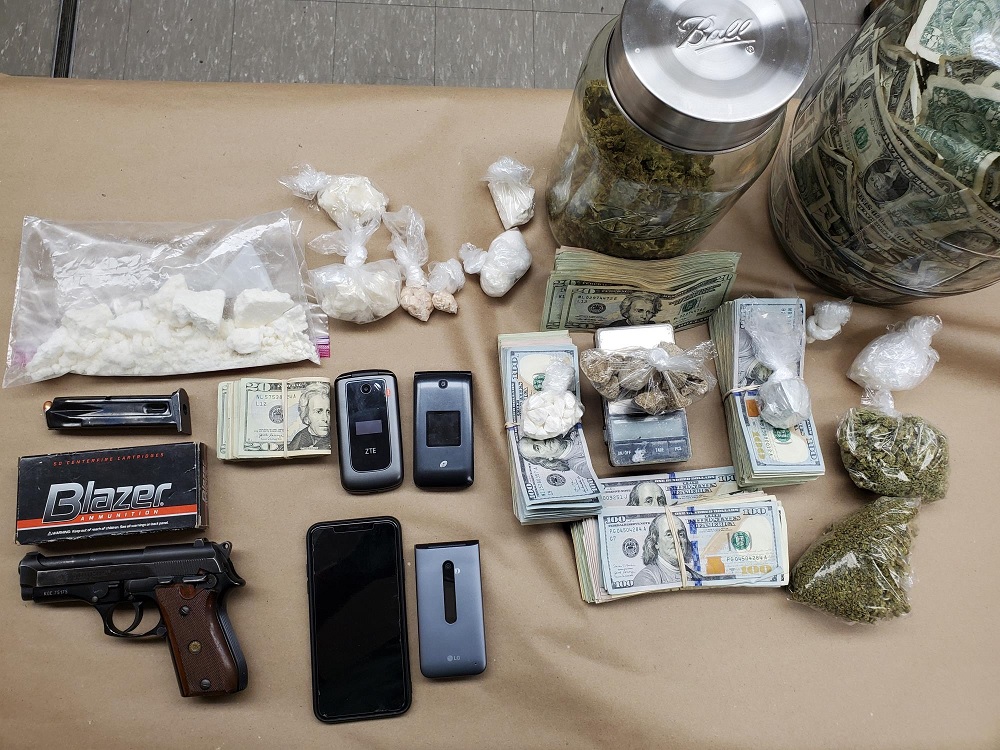 La Crosse’s police said Wednesday it seized its largest-ever amount of fentanyl, after a drug bust at an apartment close to Gundersen Health System.

About a pound of the potent drug (454.3 grams) turned up in a police raid at a Miller Street apartment Tuesday.  La Crosse Police said it amounted to about $45,000 in street value.

La Crosse native Jesse Stringer was arrested while trying to drive away from the building.

At the same time, officers — and Loki, the police K9 — caught two other suspects, Caprice Washington and Jerrad Sims — both Park Forest, Ill., natives — trying to “jump” out the apartment window, after a “knock and announce” warrant was conducted, police said.

The three are being held in the county jail.

Police added in news release that Stinger has several felony bonds for previous narcotics trafficking and felon in possession of a firearm. Stringer and Simms were arrested together early last year on the north side of La Crosse, and are on bond reference for that case.