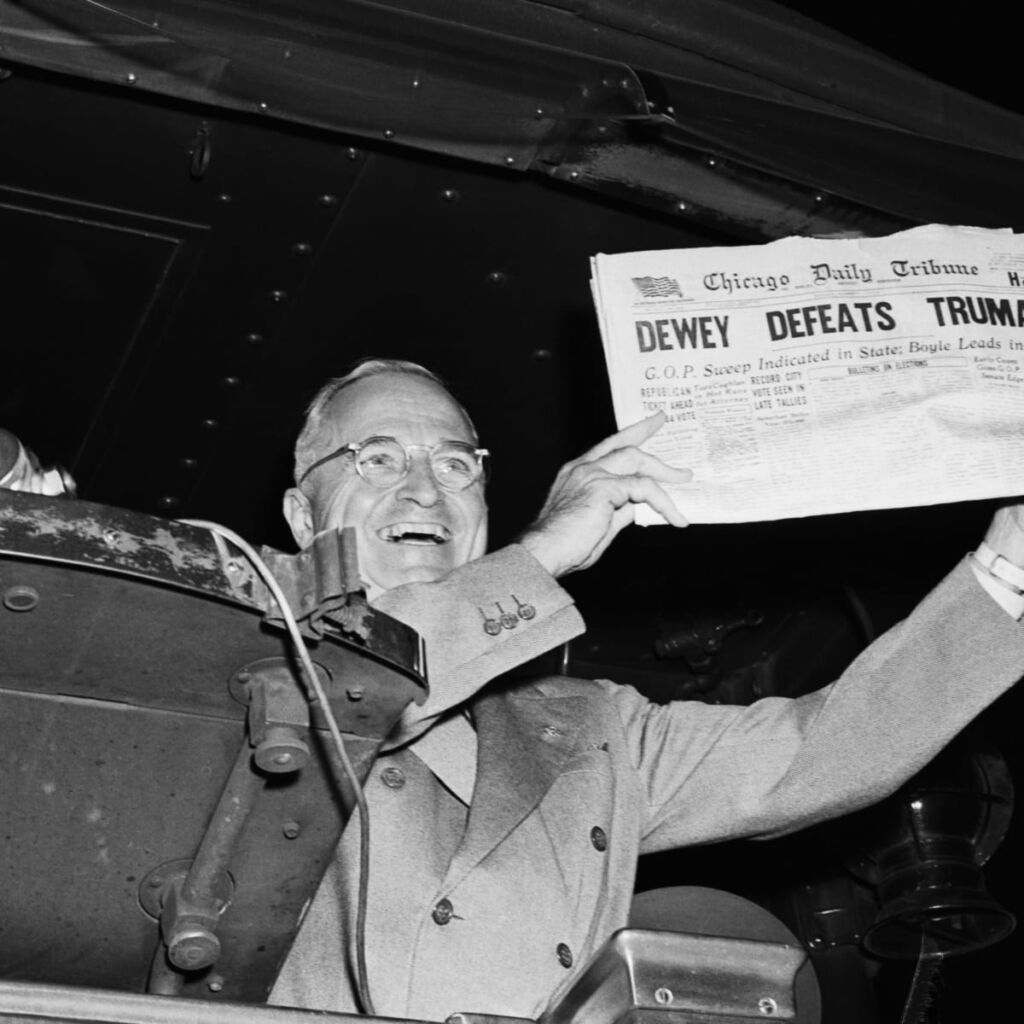 In October 1948, the president was traveling around the country, speaking to voters just before the election.  Democrat Harry Truman had been president for three years, after the death of Franklin Roosevelt, and he crossed the U.S. by train on a ‘whistle-stop’ journey in the final weeks of the campaign.  Truman did not give a speech in La Crosse in ’48, but he did address crowds in Winona and Sparta on October 14th.  Truman was introduced in Winona by the mayor of Minneapolis, future vice president Hubert Humphrey.  At Sparta, Truman campaigned with Frank Antoine of Prairie du Chien, the Democratic candidate for Congress in the 3rd District.

Truman was opposed by New York’s Republican governor, Thomas Dewey, who had lost to FDR four years earlier.  His running mate was California Governor and future Chief Justice Earl Warren.  The Dewey campaign adopted the slogan ‘All 48 in ’48,’ meaning that Republicans intended to win all 48 states.  They took 16 states, compared to 28 for Truman, and 4 states for Southern Governor Strom Thurmond.  After his narrow surprise win, Truman posed for a photo holding up a Chicago Tribune with the headline ‘Dewey Defeats Truman,’ based on early returns.

Yet another future candidate for vice president was in the news.  Lieutenant General Curtis LeMay was appointed to head the Strategic Air Command.  Twenty years later, in 1968, LeMay became the running mate on the third-party ticket headed by George Wallace of Alabama.  But he was a commander in 1948, yesterday in La Crosse.