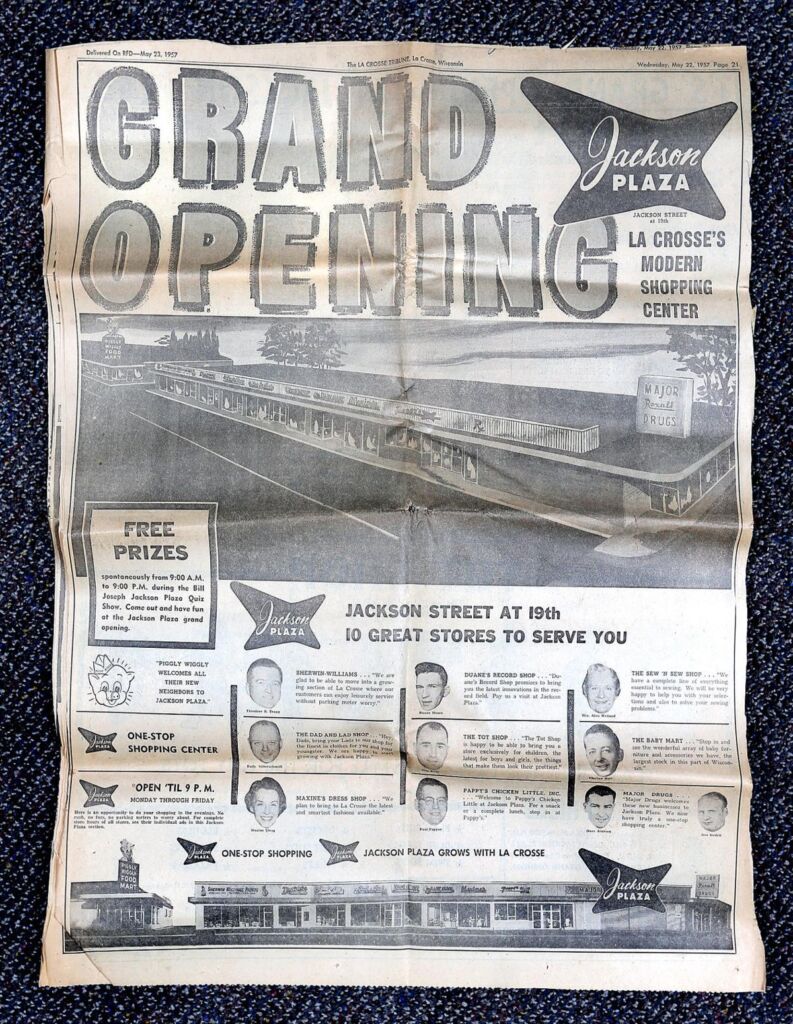 The strip mall at Jackson Plaza had its grand opening on Jackson Street in ’57.  The complex was anchored by Major Rexall Drug and a Piggly Wiggly store, and it was just a few blocks west of another big southside shopping center, the Village.  Other businesses at Jackson Plaza included the Sew ‘N Sew store…Pappy’s Chicken Little restaurant…and Duane’s Record Room, a record store run by local radio deejay and TV weatherman Duane Moore.

Students from Central High School got to run a downtown store for a day in ’57.  The students at Central’s retail selling class took the place of the usual sales and management staff at Penney’s on 5th Avenue.

Milwaukee had a winning team in October of 1957.  The Braves won the World Series over the Yankees that fall.  The Series was still played in the daytime, so TV sets showing the games popped up all over Wisconsin.  Doerflinger’s had five sets in their store, and banks and hospitals also had TV’s available for viewing baseball.  La Crosse city police had to listen on the radio to the big series…1957, yesterday in La Crosse.