For his birthday, UW-L's poli-sci professor Chergosky gets a presidential debate to re-gift 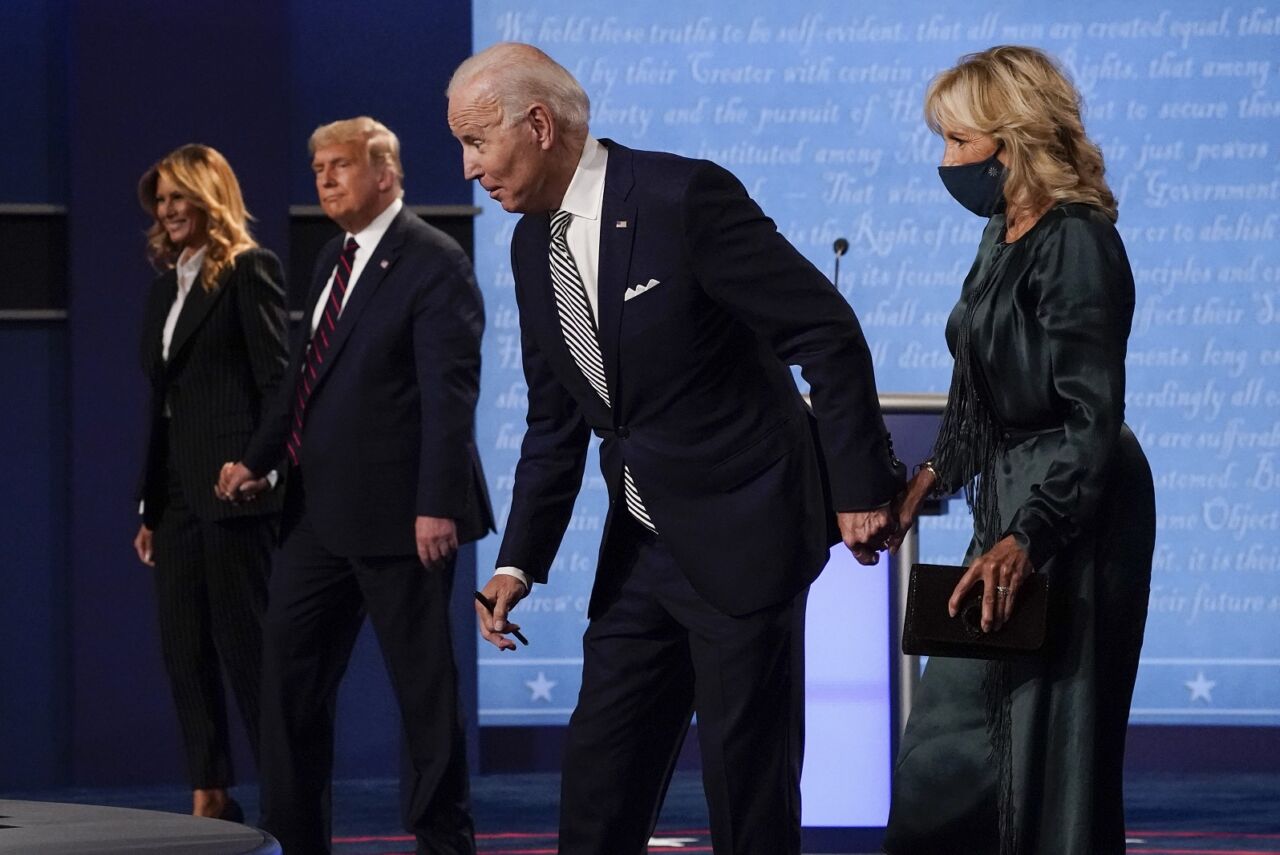 So, what do you get a political science professor for their birthday? A presidential debate, of course.

The University of Wisconsin-La Crosse professor was as stoked as anyone — let’s be real, he was more stoked — to watch President Donald Trump and Joe Biden go at it.

But, when Chergosky finally opened his present, what he ended up getting was dog ‘bleep.’

Some called Trump the winner. Others, Biden. Chergosky declared no winner, just losers — all of us watching.

“The people who lost are the people who sat through that for 90 minutes, because that was a disaster of a debate,” Chergosky said Wednesday on La Crosse Talk PM. “It was just epically bad, to the point where I was almost embarrassed that I was sitting there watching it. It wasn’t even a debate.

“The stakes of this election are so high in the people deserve so much better than this.”

“I would not subject my worst enemy to watching two more debates like that,” Chergosky said. “So the only choice is to change the debate. Change the moderator’s role, maybe give the ability to cut off someone’s microphone.

“Whatever changes are made I’m at least happy that they’re talking about making changes, because there was really no other choice.”

One change Chergosky would like to see is the ability for those watching to know what was said was actually truth.

“(It’s) so easy to spread falsehoods and misinformation in that format because there’s no real-time fact-checking,” Chergosky said. “I mean, the other candidate is basically the fact checker, and to the extent that (moderator) Chris Wallace was taking a break from pleading for some sense of decorum, I mean, I guess he could have been a fact checker.”

Another change that could happen, if not for the two men in their 70s, but for the audience, is at least a “halftime” break. It’s the only time in the streaming era where the audience needs some commercials.

“I would have loved to have had a break to spare myself from having to listen to that just embarrassment of a debate,” Chergosky said.

One thing hyped heading into the debate was whether Biden would put to rest the president’s calling out his mental fitness.

One conspiracy theory pushed by Trump was that Biden was somehow going to use or was on performance enhancing drugs — perhaps the president recently watched the movie Limitless (or the cancelled TV show).

“Biden absolutely showed his age,” Chergosky said. “I think that we need to be honest about that. He was not sharp. He was not particularly with it.

“I think that in terms of putting concerns to rest about his age, the debate did not accomplish that.”

Part of the format was to allow candidates to answer opening questions on each topic for 2 minutes uninterrupted. It didn’t happen often. Had Trump not interrupted Biden, perhaps those mental fitness questions would have been better answered.

And while one side has the conspiracy theory about performance enhancing drugs, the other has one that Trump’s interruptions were intentional. Biden has overcome a stuttering problem as a child. One way to trigger that in someone is to interpret them, change topics or insult them.

The next debate is two weeks away — though the vice presidential debate between Kamala Harris and Mike Pence is Wednesday. Before Trump and Biden go at it again, Chergosky hopes there will be major changes, because he ranked this debate pretty harshly — perhaps because it was his birthday.

“I’m willing to call this the worst presidential debate in at least the last 60 years,” Chergosky said. “How we know this is because that is the television era of debates. The first televised debate was between John F Kennedy and Richard Nixon in 1960, so that’s kind of the era there where we can fairly compare and judge debates.”