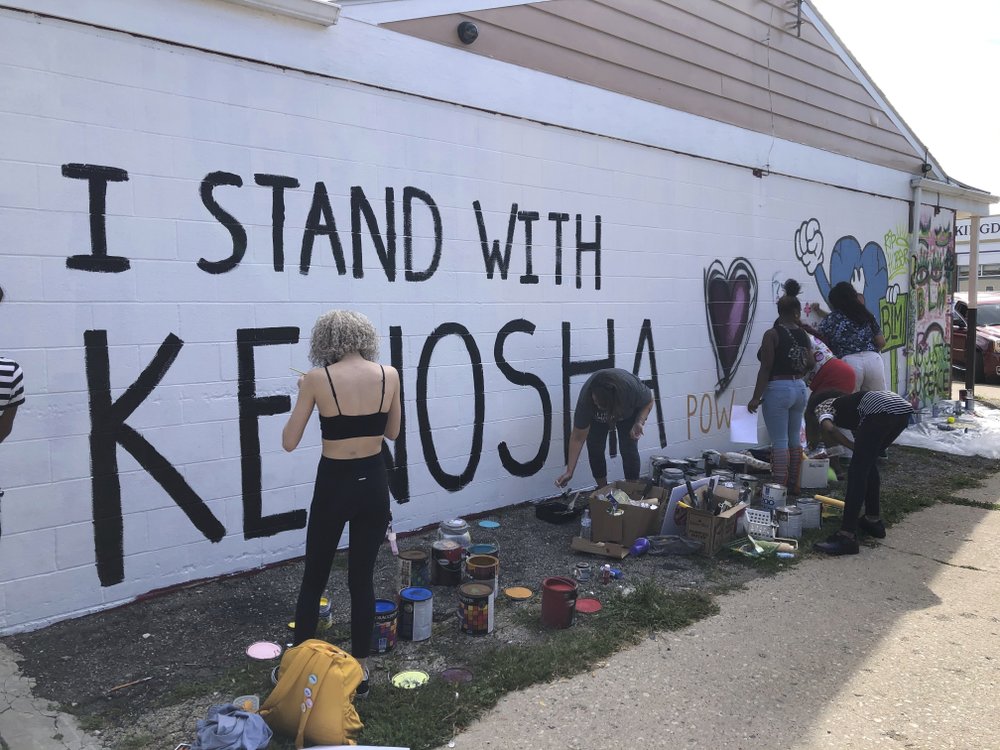 FILE - Volunteers paint murals on boarded-up businesses in Kenosha, Wis., on Sunday, Aug. 30, 2020, at an "Uptown Revival." The event was meant to gather donations for Kenosha residents and help businesses hurt by violent protests that sparked fires across the city following the police shooting of Jacob Blake. (AP Photo/ Russell Contreras)

Officers Ryan Sheskey, Brittany Meronek and Vincent Arenas responded to a domestic disturbance on Aug. 23. Sheskey ended up shooting Blake seven times in the back, leaving him paralyzed. Blake is Black. Sheskey is white.

Some of the protests following the shooting turned violent. Prosecutors have charged 17-year-old Kyle Rittenhouse of Antioch, Illinois, with shooting two people to death and wounding another during one of the demonstrations.

Sheskey’s records show he attended multiple classes since he became a Kenosha officer in 2013, including courses on bike patrol, a 2017 class on the 2012 mass shooting at a Sikh temple in Oak Creek and a 2017 class on how to interact with citizens and a 2019 course on crisis intervention.

Meronek’s records indicate she joined the Kenosha Police Department in January and had just finished her basic training in May.

Arenas’ records indicate he joined the department in February 2019. He noted in a letter to the department that he previous served as a U.S. Capitol police officer in Washington, D.C.