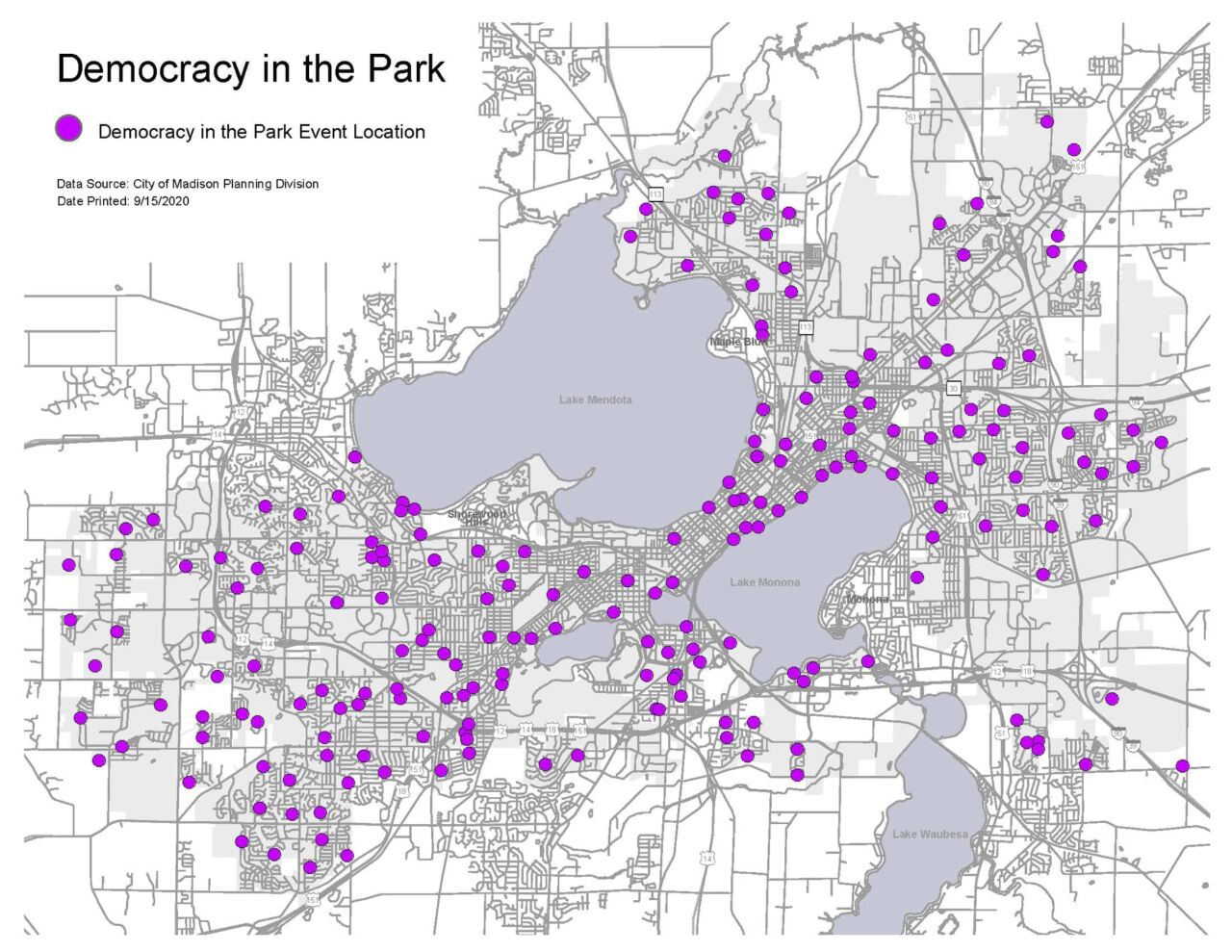 The Madison city clerk’s office said it would proceed with the event and that ballot security would be safeguarded. A full list can be found clicking here.

The city clerk’s office is planning what it’s calling “Democracy in the Park” from 9 a.m. to 3 p.m. Saturday. Poll workers will be in every city park to register voters and accept absentee ballots, which they will secure with a tamper-evident seal.

Misha Tseytlin, an attorney who represents GOP legislators, sent a letter to City Clerk Maribeth Witzel-Behl on Friday urging her to call off the event. He said Wisconsin law doesn’t allow for it and a judge would likely invalidate any ballots collected in the parks.

Voters’ options for returning absentee ballots are through the mail, in person at the clerk’s office or at an authorized in-person early voting location, in authorized lock boxes, or at the polls on Election Day, Tseytlin said.

The city clerk’s office said in an email to The Associated Press that it had not received a copy of the letter and that Tseytlin’s warning won’t affect its plans. Poll workers will use drop boxes in the park and keep chain-of-custody forms, the email said.

Wisconsin is expected to be a key battleground in November after President Donald Trump won the state by less than 23,000 votes in 2016. Madison is a Democratic stronghold and will play a crucial role in Joe Biden’s bid to win the state.