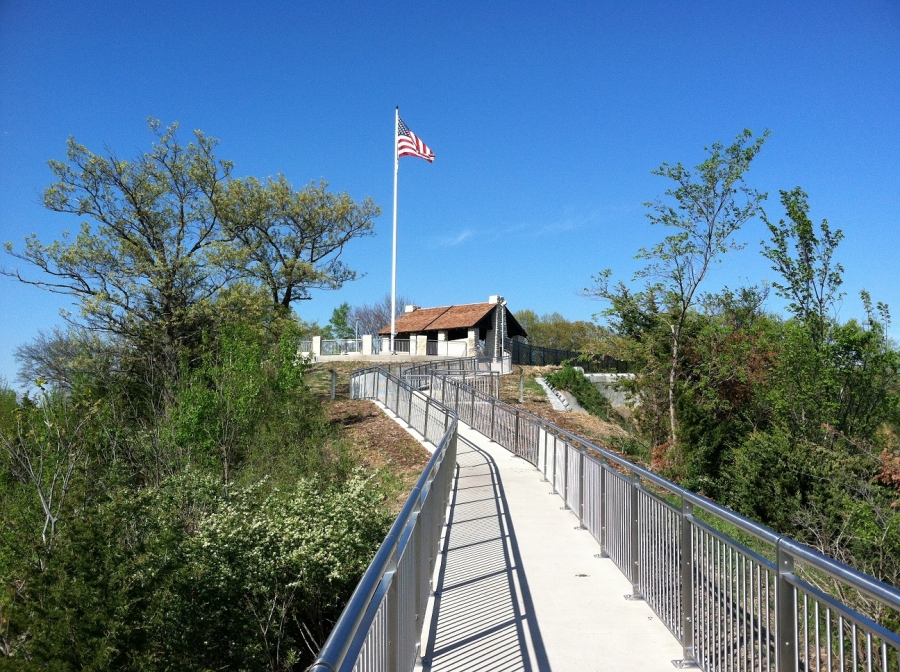 La Crosse Fire Captain John Bayer has been with the department for 15 years — 12 of those on the Urban Search And Rescue team.

Just after midnight Monday, they were called out for someone who had fallen off Grandad Bluff — a “younger man,” who fell about 30 feet.

“He was actually doing pretty well for a fall of that distance,” Bayer said. “He was fairly lucky, the place that he fell off wasn’t a complete vertical drop.”

Bayer said in his 12 years on the rescue team, he’s had about 10-12 calls to someone who had fallen from Grandad Bluff.

Bayer explained Tuesday on La Crosse Talk PM the strategy for those types of rescues.

“We’ve gotten really good at sending one unit to the very top to make contact with whoever is on scene, whoever’s calling it in,” he said. “The rest of us will kind of stage halfway because, a lot of times what happens is, we might think we need to be up on top, then we find out the person actually fell off the face and we need to be down below.”

For Monday’s call, they knew fairly quickly the rescue would be top-down.

As for who typically ends up needing to be rescued on the bluff — or off the bluff — Bayer said it’s not rock climbers, as they usually know what they’re doing.

“A majority of the calls that I’ve been on of people falling, it’s risk-takers,” he said. “I used to go up there a lot when I was a kid and there are some really cool views up there.

“I think some people just push it a little bit. They try to get in on some of those ledges, just for the excitement, and they end up slipping and falling.”

Bayer also discussed some of the tougher fires he’s had to help fight in his time with the department — he was with Campbell’s fire department before La Crosse.

What Bayer called the “Jay Street Fire” was one of the toughest he’s ever been involved in. He said it was 99 degrees, 100% humidity and a long day.

“That one I actually, it was the first time I ever experienced heat exhaustion,” he said. “I actually collapsed. Got real weak in the knees and felt like I was going to throw up, and had to seek some medical attention. So that one that one sticks out in my mind, as far as one of the worst calls I’ve been on — the fire side of it.”

But fighting fires, he said, isn’t the toughest part of the job.

“The medical calls will affect you more,” Bayer said. “When you’re dealing with family or someone who has a loss of life, that takes more of a toll on you than, say, the physical conditions of fighting a fire in the winter time.”

On the lighter side of things, Bayer was also asked if he’d taken out the new fire truck to do some burnouts. Unfortunately for him, as a captain, he said he sits in the passenger seat, and doesn’t get to drive.

He did say their engineers — their drivers — do have a driving area south of Houska Park.

“We can set up a driving course with cones, so that guys can hop in, take it for a spin,” Bayer said, adding they also “negotiate some corners,” which is firefighter code for doing burnouts.