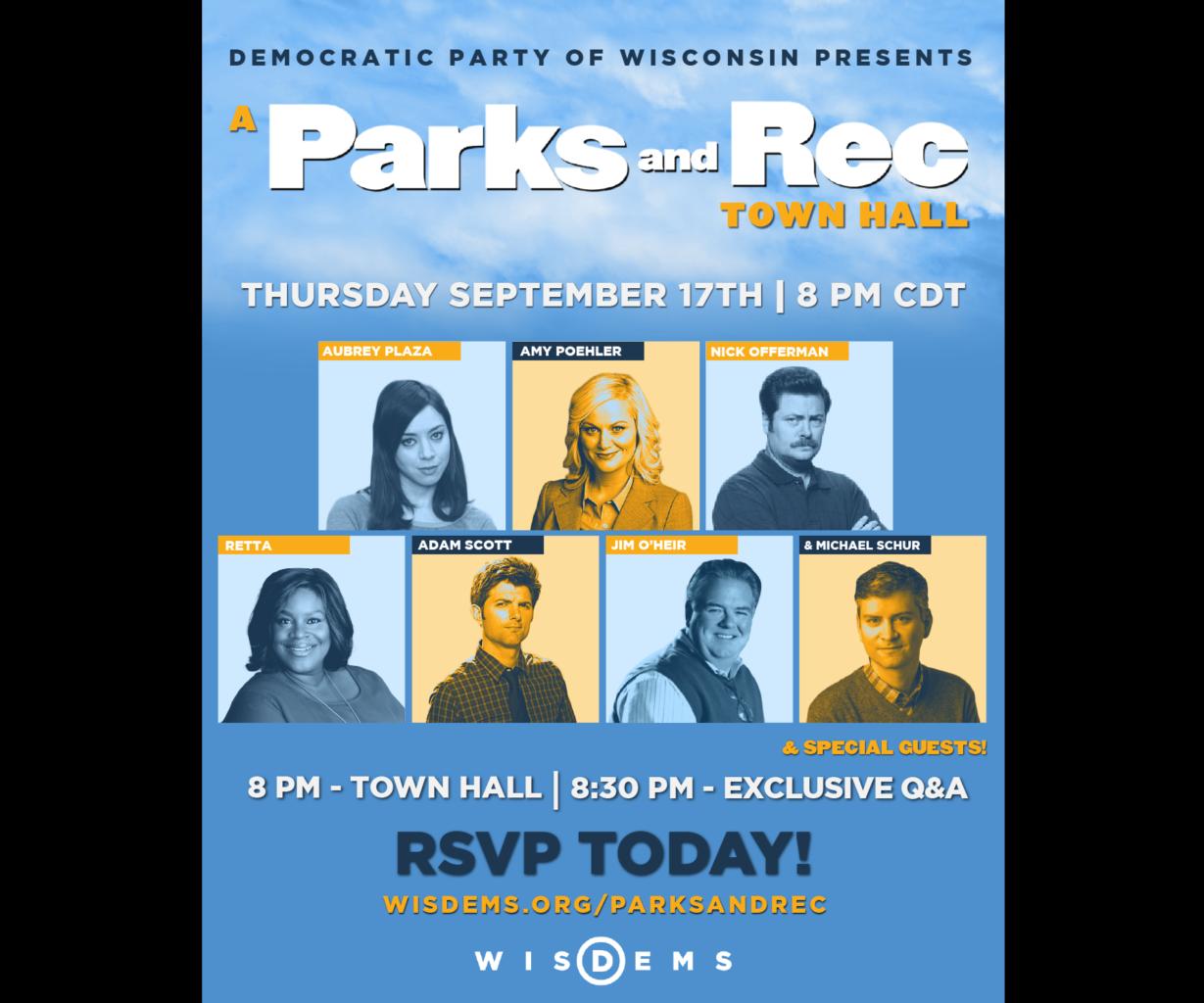 Government-hating Ron Swanson will be part of a Parks and Recreation reunion Thursday to push for early, absentee voting in Wisconsin.

Swanson, played by Nick Offerman, Amy Poehler and the rest of the Parks and Rec cast (no Chris Pratt) is reuniting for a Town Hall and Q&A.

The Parks and Rec. reunion will take place at 8 p.m. Thursday — the day absentee ballots in Wisconsin are scheduled to drop. Sign up by clicking here.

It comes on the heels of the Princess Bride event that drew over 110,000 viewers Sunday night, who each donated at least $1.

Both events are organized by the Democratic Party of Wisconsin.

“We couldn’t imagine a show more fitting to inspire Wisconsinites to get involved in local and national politics than Parks and Recreation,” Ben Wikler, Chair of the Democratic Party of Wisconsin, said. “We’re so grateful to the cast for lending their time and talent to get out the Wisconsin vote. Indiana may be home to Pawnee, but all roads to the White House go through Wisconsin.”

As for the Princess Bride, “most” of the reunited cast read the 1987 script.

“None of the dead people will be here but all the live ones will be here, so that’s exciting,” director Rob Reiner said. “But if we have glitches, and things, you know, go haywire, just bear with us. We’re here to have some fun. And as Ben (Wikler) pointed out, we’re here basically to get Donald Trump out of the White House so that’s the main goal.”

Along with Offerman and Poehler, the Parks and Rec event will include Adam Scott, Aubrey Plaza, Jim O’Heir, Retta, show creator Michael Schur and special guests.

Scott and Plaza released the following statement: “Donald Trump has grossly mismanaged our nation and neglected his responsibilities as Commander in Chief during a crisis that has cost us nearly 200,000 lives and millions of jobs. And he intentionally lied to the American people about it.

“We need a leader who takes his job seriously, who actually works for the people he’s elected to serve, and Donald Trump just isn’t up to the job. We couldn’t be more excited to join forces with the Democratic Party of Wisconsin to make sure Trump is a one-term president.”