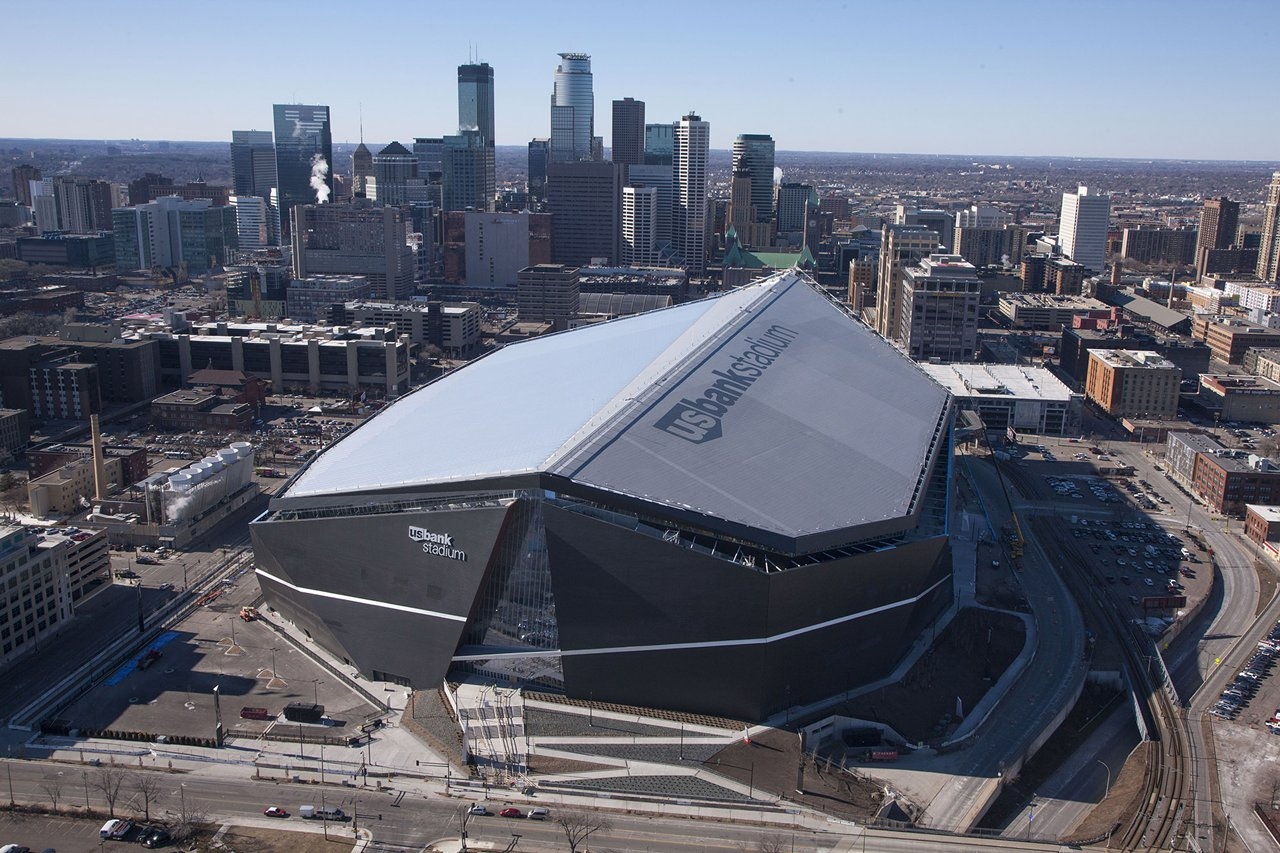 The stadium is about 3 miles from where the 46-year-old handcuffed Black man died in police custody as a white officer pressed his knee against his neck for nearly eight minutes.

The Vikings announced Friday their plans to raise awareness of issues of racism and injustice at U.S. Bank Stadium before Sunday’s game, which will be played without fans because of the pandemic.

Floyd’s family members will be inside the building and recognized after the performance of “Lift Every Voice and Sing,” the Black national anthem that the NFL decided to play along with the traditional “The Star-Spangled Banner” before every game this season.

The Vikings will also honor Minneapolis therapists Sara and Jamil Stamschror-Lott, a couple that founded an organization focused on community healing. They’re also leaders at All Square, a local nonprofit social enterprise that seeks to empower formerly incarcerated individuals.

The Vikings and their social justice committee have worked closely with All Square and recently awarded a $35,000 grant to the organization.

Players will wear T-shirts during warmups with the words “Be the Change” on the front and the names of 200 people killed by acts of racism or police brutality on the back. They also have the option of affixing decals to their helmets bearing a brief social justice message or the name of a victim of systemic racism.