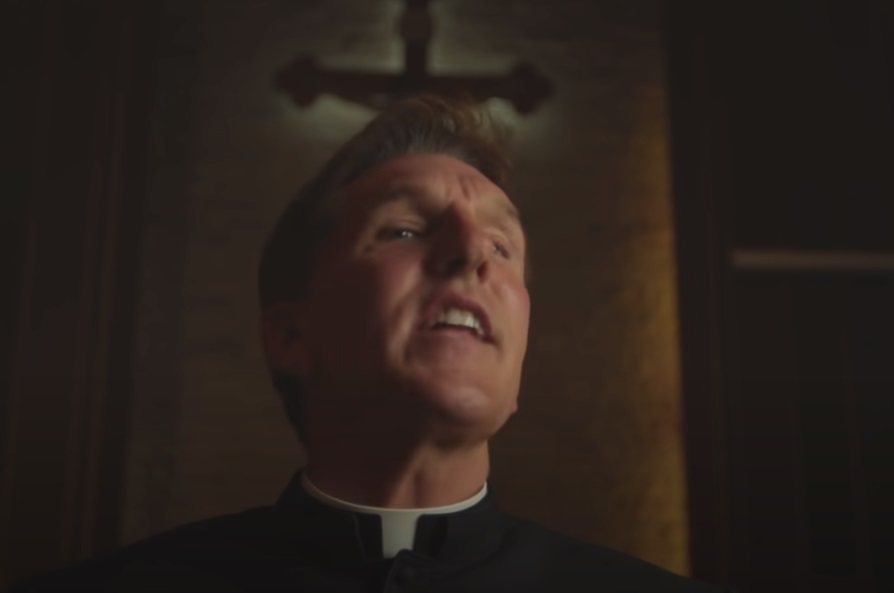 Repent, Democratic Catholics or “face the fires of hell.”

One of the many messages from a La Crosse pastor in a video that seems to be gaining in attention.

Father James Altman is the pastor of St. James the Less Catholic Church on the north side of La Crosse.

The 10-minute video, set to Ludwig van Beethoven’s Symphony No. 7, was posted by a far-right media group after the Republican National Convention.

“So just quit pretending that you’re Catholic and vote Democrat,” Altman says at one point. “Repent of your support of that party and its platform or face the fires of hell.”

Along with going after a specific kind of Catholic, Altman goes after quite a few other entities.

“There will be 60 million and counting aborted babies standing at the Gates of Heaven, barring your Democrat entrance, and nothing you can say will ever excuse you for your direct or indirect support of that diabolical agenda.”

“It’s too bad there’s so many gutless cowards in the clergy, who refuse to speak up and speak out on that truth and make it crystal clear, ‘There should be no confusion among any Catholic.”

Catholics who voted for Barack Obama:

“Me, at the end of the day, I do research. And I actually researched, and researched all the data and information. I crunched the numbers and finally came up with a pretty close approximate total of how many Catholics voted for Obama in 2008 and 2012 — zero. Wrap your mind around that dear family. There were a lot of pretenders. A lot of imposters. A lot of people masquerading as Catholics — lady and clergy alike.”

“So, we can see, in the many godless politicians out there and the godless educational system and the godlessness of so many sheeples. They most definitely are not serving him. They’re not serving their purpose in life — to know, to love and to serve god. ‘Oh, you’re just being political. Father Altman’s too political. Politics has no place in the Catholic Church.’ Bologna.”

The ‘Amen” of the video concludes with Altman saying, “The reason why we are seeing the signs of the times, the cataclysm that’s approaching, that we have been warned about — our Blessed Mother warned us about it. The reason why we’re seeing this is that way too many people do not know God. Through their fault, through their fault, through their most grievous faults, and too many shepherds of the church haven’t taught them. In the name of the father and the son and of the holy spirit amen.”