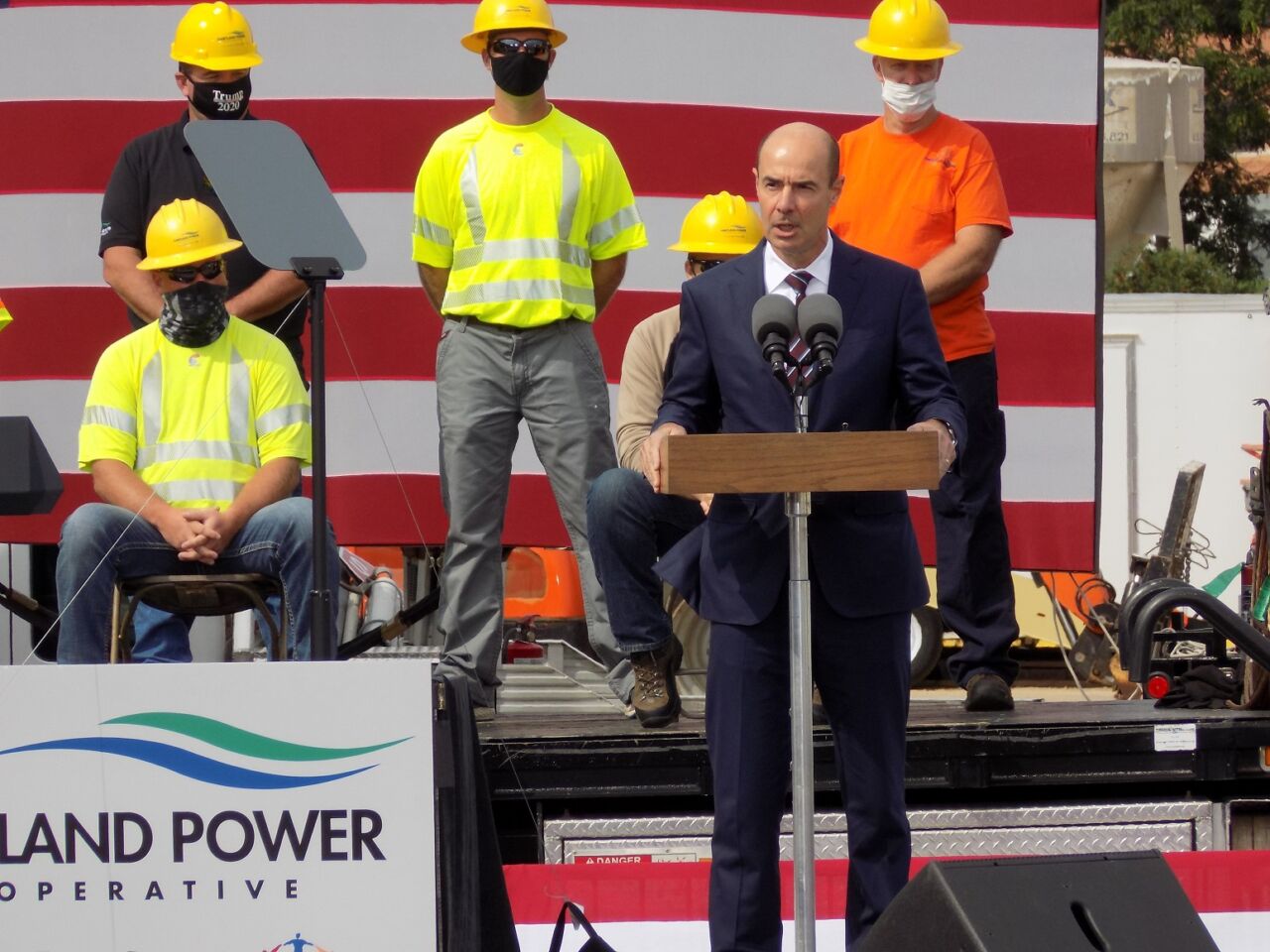 The nation’s top labor official talk positively in La Crosse this week about American workers…and about his boss, the president.

Speaking to Dairyland Power workers, Scalia said although unemployment rose sharply during the first weeks of the pandemic, the jobless rate has dropped to 8.4 per cent in just the last four months…very good, compared to the Obama White House.

“It took us 4 months,” said Scalia. “In the last administration, under the last president, it took us nearly 3 years–34 months–to get unemployment under 8.5 per cent.”

Secretary Scalia thanked Dairyland employees in attendance for helping get the region through the pandemic, “to keep the lights on, and to keep Wisconsin powered and keep this great nation powered during this time.”