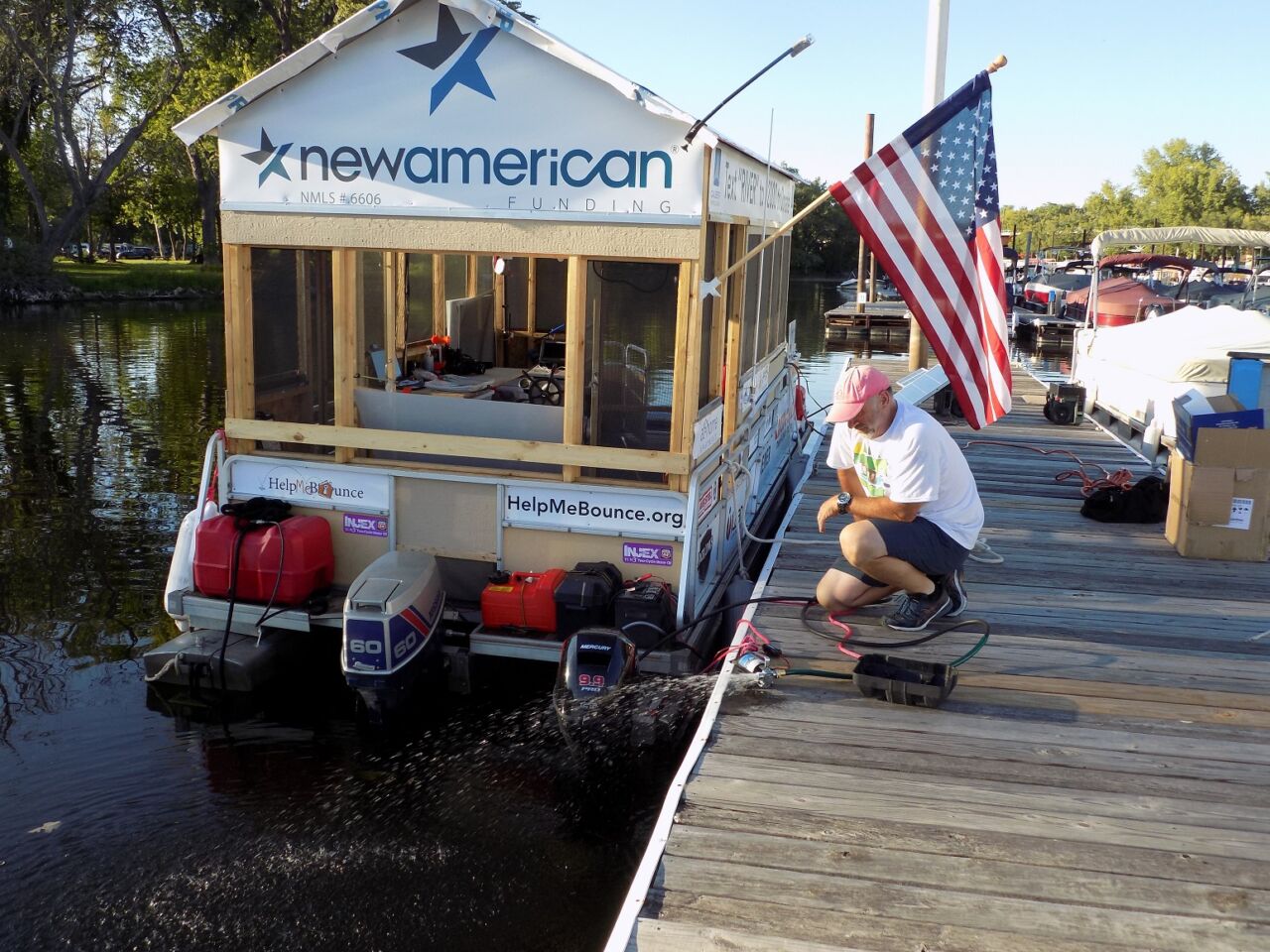 While vacation time is ending for lots of folks in the Midwest, one Minnesota man has just begun a voyage down the Mississippi to save his company.

Erich Mische, the director of a non-profit firm called Spare Key, is a week into his river trip alone on a pontoon, reaching the Pettibone harbor at La Crosse on Wednesday.

Mische came up with the trip, called “Hope on the River,” as a way to raise money and awareness when regular sources of funding dried up during the pandemic.

He admits he doesn’t have much experience with boats, and built his craft out of spare parts.

“We found a rotted, and continuing to rot, 50-year-old pontoon deck,” said Mische. “We bought a Home Depot garden shed, and we stripped it down, and we put it on top, and this is my raft.”

He had to get it fixed around Lake Pepin, and it took several hours to get through a dam upriver on Wednesday.