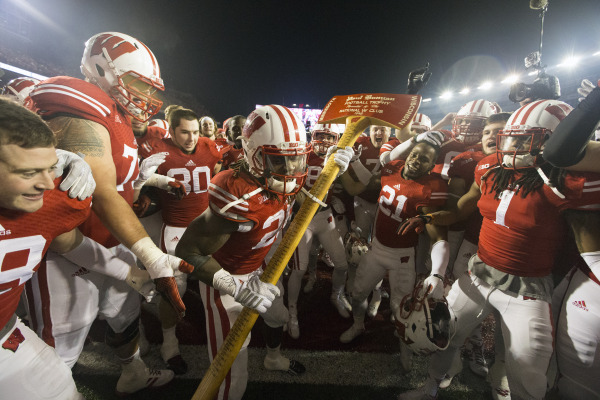 ENGLEWOOD, Colo. (AP) — The latest flashpoints in the racial justice movement hit home for Melvin Gordon and the rest of his new teammates.

The veteran running back who joined the Denver Broncos in free agency this spring is a native of Kenosha, Wisconsin, where a Black man was shot in the back seven times by police last weekend and a white teenager shot two protesters in the unrest that followed.

“It was just sad to see, just do so much for the community and to see on TV what’s going on, it was just heartbreaking,” Gordon said Friday when the Broncos returned to practice a day after joining eight other NFL teams in cancelling their workout in light of the shooting of Jacob Blake.

“And seeing people from my community getting shot in the street and then the kid getting offered water (by police officers) before or after, I don’t care when it was, it was just sad to see, man,” Gordon said.

Safety Justin Simmons, who spoke out during peaceful protests in Colorado and Florida following the George Floyd killing in Minneapolis in June, said Gordon’s heart-felt speech before the team on Thursday really resonated with his new teammates.

“He said maybe two words and he got choked up and emotional and the atmosphere in that room just changed,” Simmons said.

Gordon said it wasn’t easy to open up in front of his new team, which he joined in free agency after four seasons with the division rival Chargers.

“Yeah, it was tough, just still trying to get a feel for everyone on the team,” Gordon said. “It’s just tough in general being a man and having to stand up in front of a group of men and show emotion, show weakness in a sense, no man likes to do that. But any time Kenosha was brought up, I just get emotional about it and I just had to get it off my chest.

“Everybody from top down in this organization, from the higher ups, to players, to coaches, everybody was supportive. We all spoke on it and they were very encouraging and I couldn’t thank them more for that.”

Simmons wondered if the NFL and its players would do more than sit out practice in protest if a player’s family was directly impacted by racial injustice or police brutality.

“This is a problem that’s recurring weeks after weeks on end and we’re kind of just doing the bare minimum,” Simmons said. “And I get frustrated thinking about it because I feel like the NFL — and the Broncos and Colorado — we hold such big platforms and we have such power that we can really make great change.”

Simmons pointed to a players-supported bill in the state Legislature this summer that called for mandatory body cameras on police officers, among other reforms, suggesting it’s something every state should adopt.

Simmons and Gordon said they hope the league follows in the footsteps of the NBA, which on Friday issued a joint statement with its players saying they were committed to establishing a social justice coalition, using arenas as voting locations in November and working with network partners to create advertising spots for the playoffs promoting greater civic engagement in national and local elections.

“We have all the examples out there to follow — with the NBA leading the way. So, just take note,” Gordon said.

Gordon also said he was taken aback by responses to his social media posts on the Kenosha unrest in which some people suggested the shooting of Blake was justified.

Gordon appreciated that teammates agreed not to practice Thursday.

“Right now we need to be as close as we possibly can,” Gordon said. ”… This can happen in anyone’s community.”