39 dolphins, 3 whales wash up on Mauritius after oil spill 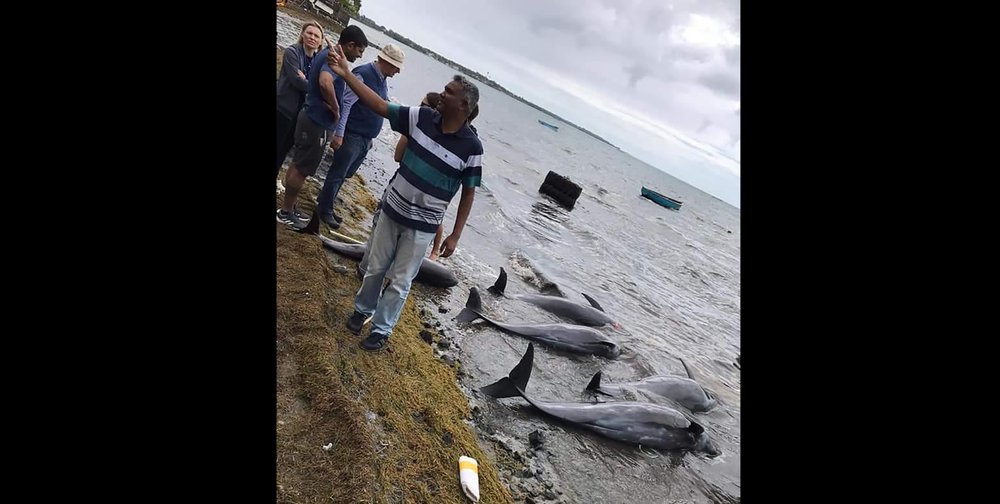 JOHANNESBURG (AP) — The number of dead dolphins that have washed ashore on the Indian Ocean island nation of Mauritius after an oil spill has risen to 39, the government said Friday, ahead of protests this weekend against authorities’ handling of the disaster at sea.

It’s not yet clear what caused the dolphins’ deaths, but alarmed environmentalists have called for an investigation. The dolphins began washing up this week, several days after some 1,000 tons of fuel spilled from a Japanese ship that ran aground on a coral reef then split apart under the pounding surf.

The country’s fisheries minister, Sudheer Maudhoo, told reporters that some dead dolphins had injuries but he denied reports that oil had been found inside them and called their deaths a “sad coincidence.” Experts were still studying the corpses.

Other dolphins may have died out at sea, environmental consultant and former lawmaker Sunil Dowarkasing said Friday.

“We expect that a lot more have been killed during these few days,” he said, adding that three whales also died. It was not clear what kind of whales they were.

Dowarkasing believes the dolphins either died from the fuel or were poisoned by toxic materials on the ship, which was sunk offshore after the vessel split in two. Most of the remaining 3,000 tons of fuel had been pumped off the ship by then.

Residents of Mauritius plan to march in the capital, Port Louis, on Saturday after weeks of demanding why the government didn’t act more quickly when the ship, the MV Wakashio, ran aground on July 25. It began leaking fuel Aug. 6 into the Mahebourg Lagoon, fouling a protected wetlands area and a small island that was a bird and wildlife sanctuary.

Thousands of civilian volunteers worked for days to try to minimize the damage, creating makeshift oil barriers by stuffing fabric bags with sugar cane leaves and empty plastic bottles to keep them afloat. Environmental workers carefully ferried dozens of baby tortoises and rare plants to shore, plucking some trapped seabirds out of the goo.

The nation of some 1.3 million people relies heavily on tourism and already had been hit hard by the effects of the coronavirus pandemic, which has limited international travel.

Prime Minister Pravind Jugnauth earlier blamed bad weather for the slow response to the ship’s grounding, but Dowarkasing said “no one believes in official reports.”

The Wakashio was supposed to stay at least 10 miles (16 kilometers) from Mauritius and it’s not yet clear why the ship strayed miles off course.

The ship’s captain and first officer have been charged with “endangering safe navigation.”

Ship owner Nagashiki Shipping is investigating and has sent experts to Mauritius. The Mauritius government is seeking compensation from the company.

Follow all AP stories about pollution and climate change at https://apnews.com/Climate.