La Crosse's DA, "It looked horrible to me," on Kenosha police shooting 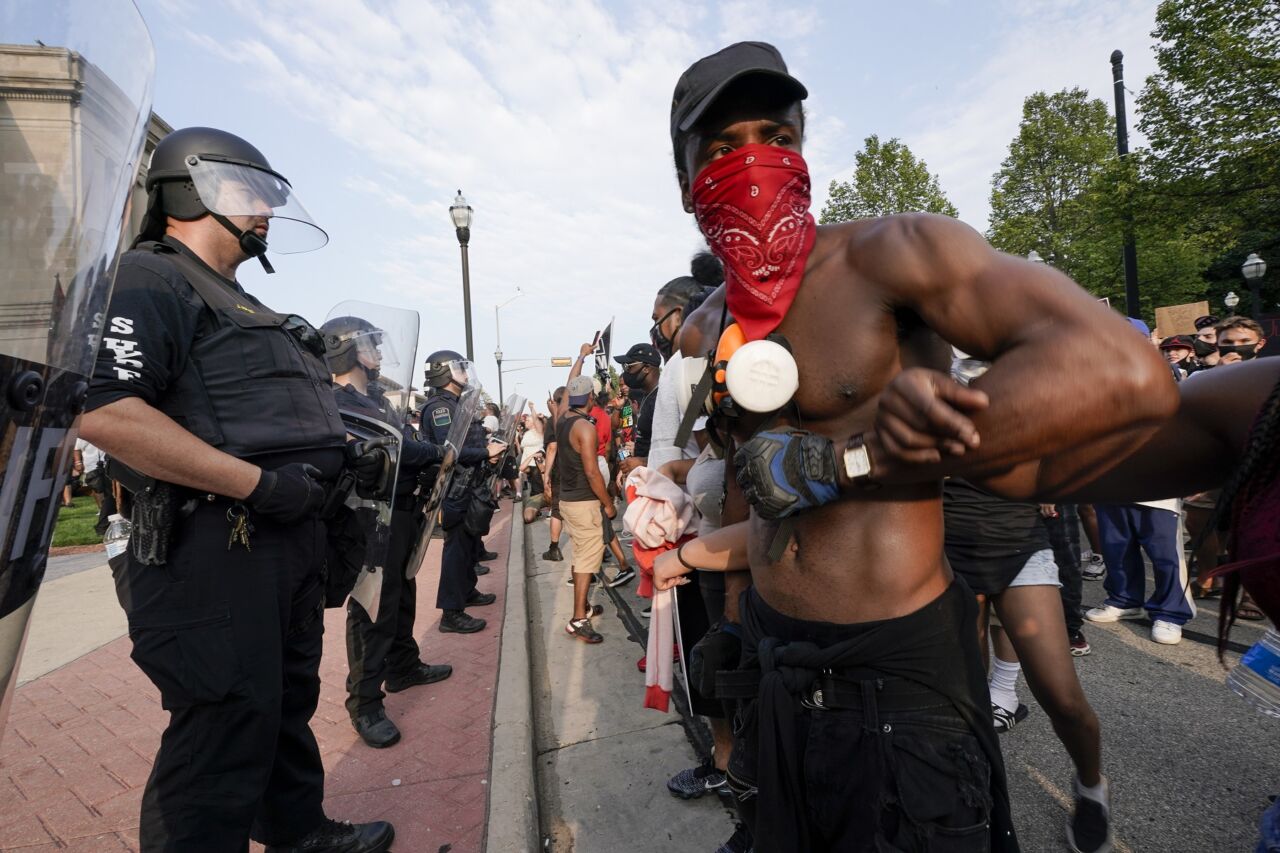 FILE - Protesters link arms in front of a police line outside the Kenosha County courthouse Monday, Aug. 24, 2020, in Kenosha, Wis. Wisconsin Gov. Tony Evers has summoned the National Guard to head off another round of violent protests after the police shooting of a Black man turned Kenosha into the nation's latest flashpoint city in a summer of racial unrest. (AP Photo/Morry Gash)

It was the reaction most had, initially seeing the Kenosha police shooting of 26-year-old Jacob Blake last weekend.

“It looked horrible to me,” La Crosse County District Attorney Tim Gruenke said of immediately seeing the video of Kenosha police shooting Jacob Blake in the back seven times. “It looked like there’d be a lot of questions, that I would have.

“I always have two two minds when I see something like that,” Gruenke continued Thursday on La Crosse Talk PM. “As a prosecutor, I know that there’s more to be known and there’s an investigation to be done. You really can’t say for sure until you see everything, but then, just as a human being, I thought it was awful. I don’t know what I would do, if I were in their shoes down there. It’s going to be a difficult case to make sense of.”

Gruenke said that every Wisconsin police department must now hire an outside agency to investigate matters like this. The Division of Criminal Investigation (DCI) is doing that in Kenosha.

But, with only one video, everyone points to the obvious thing missing: more videos. Boydcams, they would help Gruenke said — perhaps stating the obvious.

La Crosse’s entire force was fully equipped with bodycams in the summer of 2018.

“That’s been incredible,” he said. “It helps both sides. It helps the police defend themselves if somebody’s accusing them of wrongdoing, if it’s not true. It helps suspects hold police accountable. It’ll be on video if something happens that’s not supposed to happen.”

“It takes away a lot of the guesswork and the what-ifs and what happened, because you’ve got video of almost every incident that happened,” he continued. “I think it protects everybody.”

So, basically, the complete opposite of the answers everyone is seeking out of Kenosha. Answers that aren’t coming soon.

“I don’t think it’s going to happen until DCI is done with their investigation,” Gruenke said. “I would imagine it would take at least a couple weeks, which is unfortunate because everybody wants answers quickly.”

Gruenke also discussed some of the cases local police have had involving shootings, including killing a man, who stole a car and led authorities on a high-speed chase, with an infant inside.