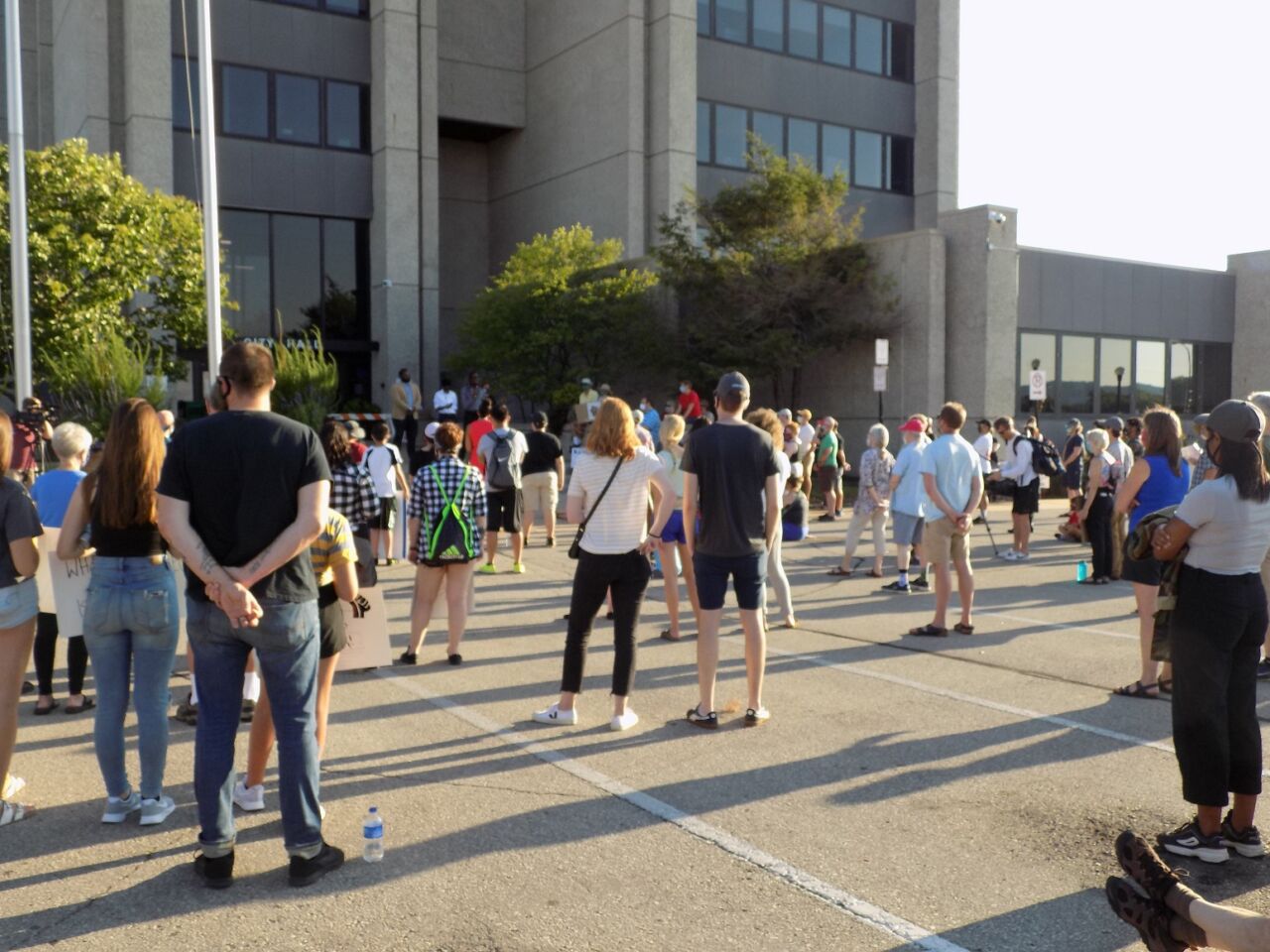 Martin Luther King’s dream “hasn’t come true yet,” according to one speaker at a La Crosse rally held on the anniversary of King’s 1963 “I have a dream” speech.

But event organizer Kat Sletten adds “But it doesn’t mean that it can’t happen.”

Sletten read the famous King speech Friday night on the north steps of La Crosse City Hall, before an audience of more than 100 at a Black Lives Matter demonstration against police violence toward people of color.

It was the second such gathering downtown this week, since the shooting and wounding of Jacob Blake by police in Kenosha on Sunday night.

Since the previous rally in La Crosse, two people were killed in Kenosha on Tuesday, allegedly by a white teenager from Illinois.

Among the signs held up by people attending the La Crosse event was one reading “Justice for Jacob.”

Sletten told the audience that she is “tired” of what she sees as a lack of progress toward changes in local policing, and tired from other events in her life including family illness, and she wasn’t sure she had the energy to attend the demonstration.

But Sletten said she felt the need to “show up,” and thanked spectators for showing up.