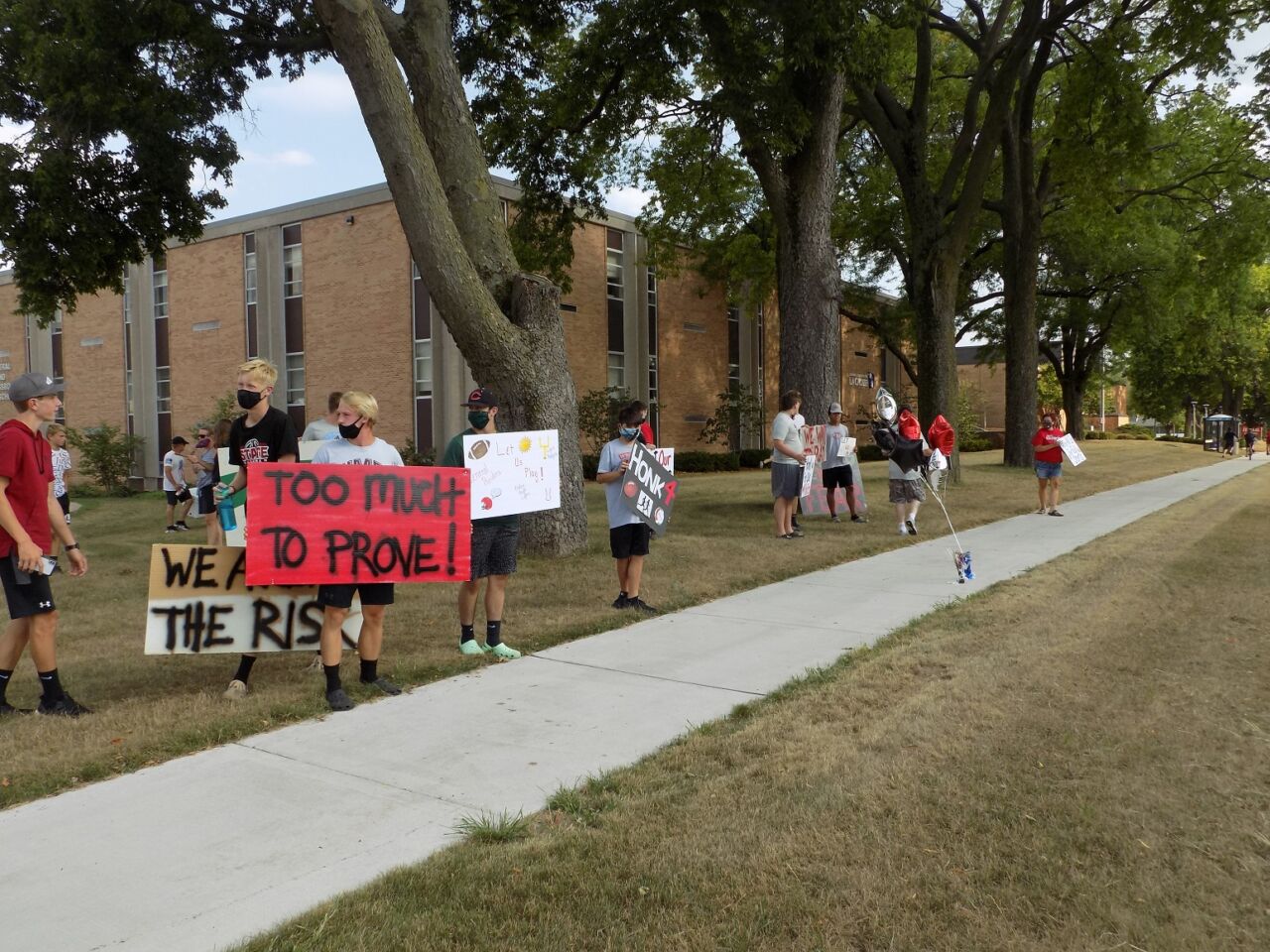 This was supposed to be the opening weekend of football season for many area schools, before the coronavirus hit, but several high school sports in La Crosse have been postponed for the new year, with some possibly cancelled.

Student athletes and some parents gathered outside Central High School on Thursday to demonstrate in favor of continuing sports.

Drivers passing on Losey Boulevard honked their horns at the students who held up signs with messages such as “Let us play.”

Phil is the parent of a Central athlete, and he was disappointed when spring sports were called off.

“We were told that there would be an abbreviated season, that never happened,” he said. “Then the fall season was supposed to be started, and that got pushed back. We’re kind of concerned that the can’s kinda gettin’ kicked down the road.”

Logan High parent Patricia Nelson has a son who runs cross country, and she doesn’t like the idea of delaying that sport until winter or spring.

Nelson says the now-abandoned COVID compass with its color code of red, orange, yellow, and green for assessing the risk of infection helped lead to disruption of sports training.

Nelson says there has been some talk among parents about having contests with other schools outside the usual league structure.

Under the original school calendar for this fall in La Crosse, both Central and Logan would have played football games on Thursday night.