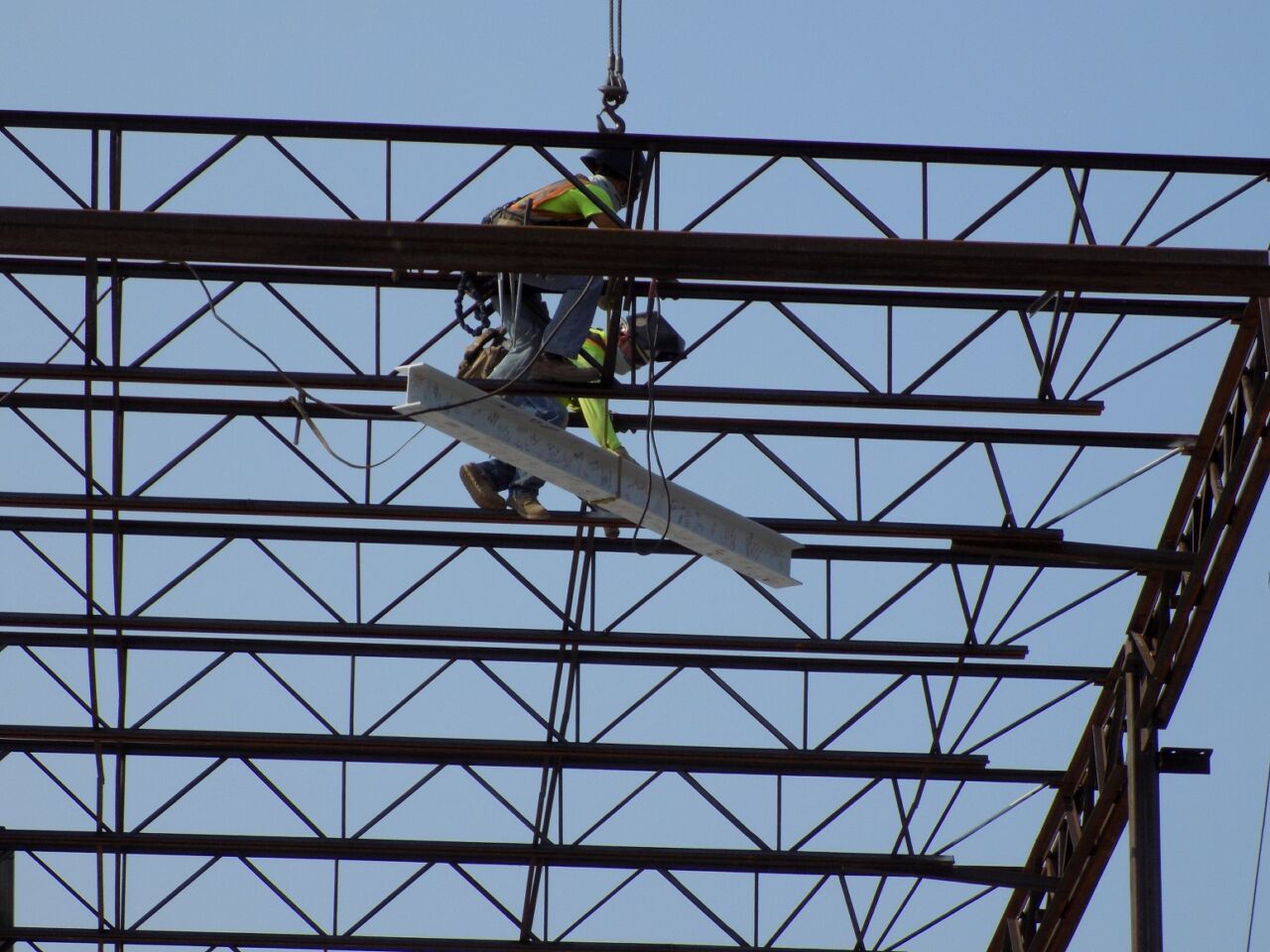 A white girder signed by dozens of people has been installed at the top of an expansion area of the La Crosse Center on Wednesday morning.

The civic center invited community leaders and users of the building to sign a beam that is being used for expansion of the 40-year-old complex.

The signed beam was flown into place on Wednesday morning, during a ‘topping out’ ceremony to finish one phase of construction at the center.

The $42 million project, which includes a new ballroom and a rebuilt main entrance off 2nd Street, is scheduled to be finished early next year.

Mayor Tim Kabat spoke at the brief ceremony, saying the project along the riverfront gives him hope for the future of the local economy.

The beam eventually will be placed in the lobby area of the La Crosse Center.

Planners hope to have the North Hall rebuilt and opened by early next year, with other parts being finished later.