Holiday Fair at La Crosse Center called off because of COVID 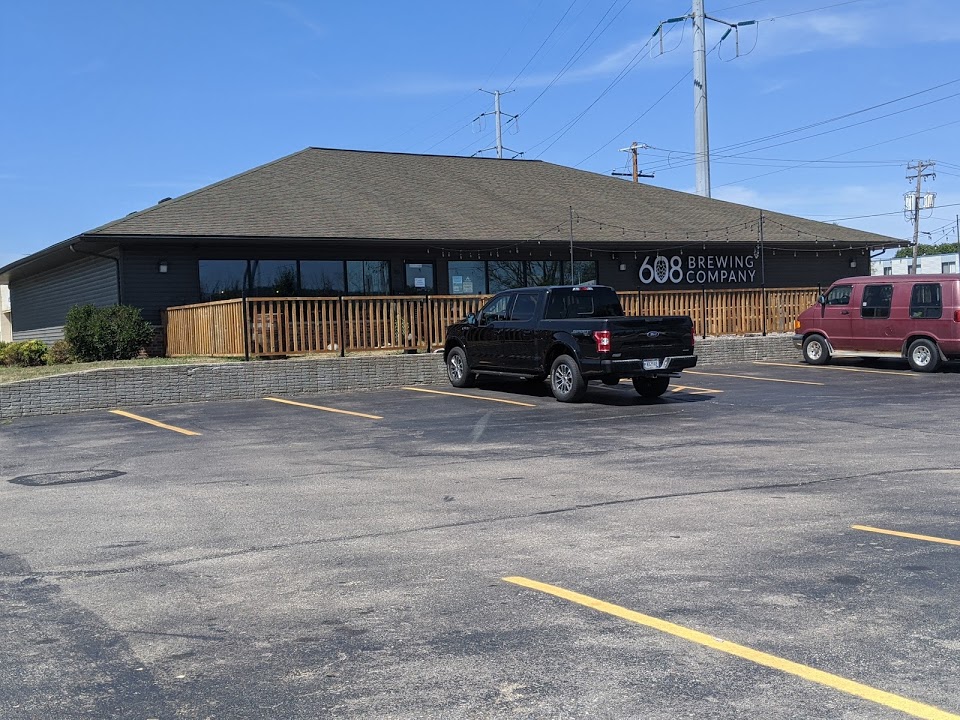 A business crafted among friends in 2018 quickly became a success story for 608 Brewing Company in La Crosse.

The brewery was recognized as the regional favorite for Southwest Wisconsin in Travel Wisconsin’s Brewdown competition. After being nominated and selected as a top 20 brewery in the state, fan votes pushed 608 Brewing Company to the top.

Phil Humphrey is an owner and the head brewer. He first started home brewing less than 10 years ago.

“I got the first taste for brewing, and partnered with a couple of friends of mine,” Humphrey said. “One of them I was in the military with. We got this off the ground, which is harder than you would think.”

The goal was to offer the area beer that was not immediately available such as New England style IPAs and fruit sours.

“Luckily, people liked it,” Humphrey said. “It was pretty scary to go from a very stable job to not making really any money and putting everything on the line for your business. We all had to make sacrifices to make this happen, so it is very rewarding when you see people constantly drinking your product or randomly running into someone wearing a 608 Brewing shirt. It’s humbling to see that kind of response from the community, and even the state.”

It was not a risk they dived into blindly. Before establishing the business, Humphrey and his partners first determined that La Crosse could sustain another brewery.

“If you look at places like Michigan and California, they have a ton of breweries in an area of the same size, and they probably don’t even drink as much beer as Wisconsin does,” he said.

Almost all of the ingredients used for their beers are grown in the United States. They source through a couple of different companies with some based in Wisconsin.

“The hops are the tricky part because depending on where you get them from, you can get different qualities of them,” Humphrey said. “We use some of the citric hops and mosaic hops from the Pacific Northwest, and then some of the more exotic hopes we get from New Zealand and Australia.”

They try to eliminate waste whenever possible and have partnered with a farmer who feeds the grains to his cattle after they served their use.

After recently celebrating an anniversary, 608 Brewing Company continues growing. They release new beers on a weekly basis and are close to maxing out production at the Copeland Ave. location.

“We’re already crunching numbers and seeing what it is going to take to make that next step,” Humphrey said. “The way we’ve been moving beer lately, we have to figure out a way to make more but not overextend ourselves. It grew at a much faster rate than I anticipated. We are lucky to be able to do this at the size we are, and we are grateful for the great support from the local area.”

The Coronavirus pandemic has impacted sales, but it has not been a complete downward trend. Draft sales are about a quarter of what they used to be, but can sales increased fourfold. Beer released prior to the pandemic would be in the taproom or on the shelf for pick up about a week and on draft for a few weeks. Now, newly released and packaged beer is selling out in a day, and the drafts will last up to a week.

“We’re really moving the product much faster, and I’m sure COVID-19 sped up some of this with package beer selling because there are still a lot of people who don’t feel comfortable being out there, and they just grab it to go enjoy at their house,” Humphrey said.

The ability to pivot has been key. They used to put up to half of their beer into cans, but now they can 80 percent, and most of it sells within one day.  It all sounds like good news, but sourcing aluminum cans has been a problem with a current shortage.

“Originally it was the Crowler cans,” Humphrey said. “Once all the taprooms were shut down across the United States, a lot of these small breweries that rely on draft sales immediately shifted into buying a Crowler machine and canning line. Then there was panic buying.”

Crowlers are 32oz cans. Fortunately, 608 Brewing also bought a canning line for 16oz packing last summer and transitioned all of their brands into smaller cans.

As 608 Brewing Company continues looking forward to the future, they update their tap menu daily online. Humphrey credited their achievements thus far to community support and help from other local breweries in the area.

“We kind of all work together on this stuff,” Humphrey said. “Everyone is always willing to help. If someone needs something, we just reach out.”

The top winner of the Wisconsin Brewdown competition was Barrel 41 Brewing Company in Neenah.