Pentagon: Use of surveillance planes in protests was legal 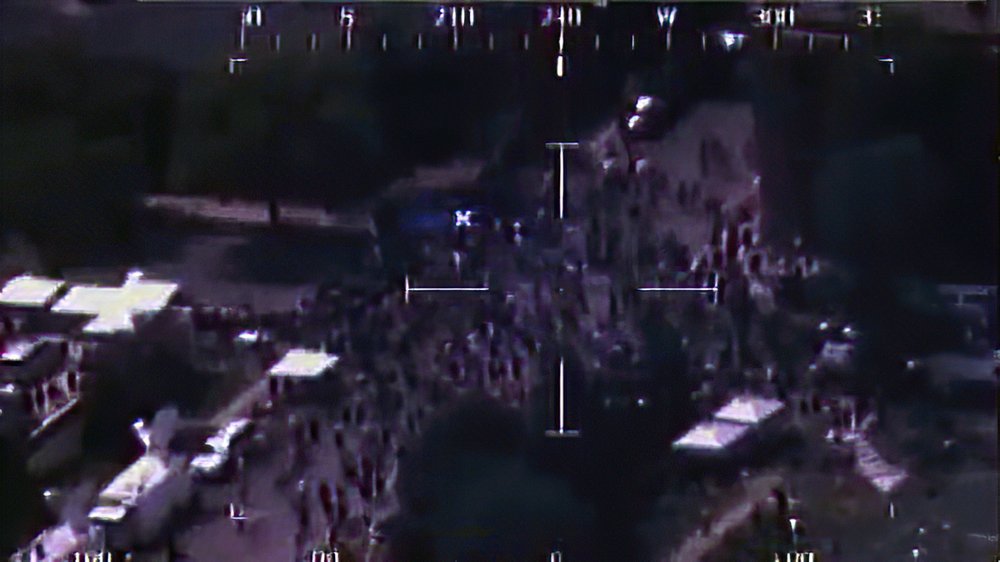 This image from video released by the Department of Defense show a scene on a street as captured by a RC-26 flying over Minneapolis, on June 4, 2020. A Pentagon reports concludes that the use of National Guard reconnaissance planes in four U.S. cities to monitor the widespread protests earlier this year didn’t violate rules against the military collecting intelligence on Americans. The investigation by the Air Force inspector general found that the planes were used to gather information about crowd size, crowd flows and fires but they did not monitor individuals. (Department of Defense via AP)

WASHINGTON (AP) — The use of National Guard reconnaissance planes in four U.S. cities to monitor the widespread protests earlier this year didn’t violate rules against the military collecting intelligence on Americans, a Pentagon report has concluded.

The investigation by the Air Force inspector general found that the planes were used to gather information about crowd size, crowd flows and fires but they did not monitor individuals. The probe was ordered by Defense Secretary Mark Esper in response to questions within the department and Congress about whether the military illegally conducted surveillance of American citizens during the unrest after the death of George Floyd.

The flights in late May and early June came as President Donald Trump was calling for tougher measures to quell the widespread unrest. Floyd was a black man who died after a white Minneapolis policeman pressed his knee into his neck for several minutes.

National Guard troops were used to assist local law enforcement in a number of cities around the country.

The surveillance aircraft were used in four locations. And while the report found no intelligence gathering violations, it concluded that the Defense Department doesn’t have adequate rules for the use of the RC-26 plane and that the aircraft is incorrectly considered to be a non-intelligence platform.

The plane is flown by the National Guard, and most often is used for counterdrug operations and in disasters to assess damage, help locate civilians and for other similar missions.

The investigation reviewed seven flights by the aircraft in Minnesota, Arizona, California and Washington, D.C. If found that while the sensors on the aircraft could show buildings and vehicles, they “were not capable of identifying any distinguishing features of people” and they did not have the capability of collecting information from cellphones or radios.

The report, submitted by the Air Force inspector general, Lt. Gen. Sami Said, said the RC-26 should be considered an intelligence aircraft, which would require more senior approvals for the use of the plane and more strict guidance on the missions.

The use of the surveillance planes was not approved by Esper, because officials did not think that was required. But the report concludes the defense secretary should have final approval over those missions. It also found that Pentagon policies about the approval and use of the aircraft were vague and needed to be tightened.

The Air Force report did not look into the use of helicopters by the National Guard in Washington, where there were reports that they hovered low over protesters, creating a deafening noise and spraying the crowd with rotor wash.