Holiday Fair at La Crosse Center called off because of COVID

La Crosse Schools Superintendent: "We're probably not going to be in school" on Oct. 5 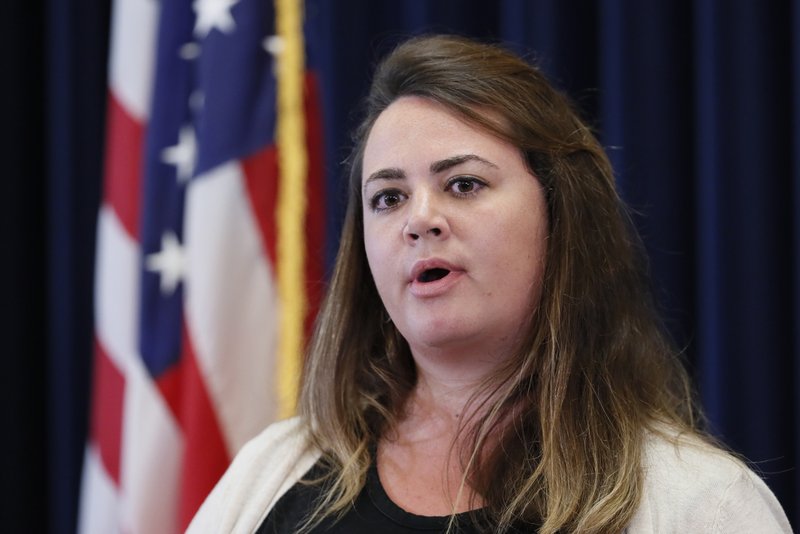 FILE - In this June 18, 2020, file photo, Iowa state epidemiologist Dr. Caitlin Pedati updates the state's response to the coronavirus outbreak during a news conference at the Statehouse in Des Moines, Iowa. Pedati said Thursday, Aug. 20, 2020, that she was aware of widespread inaccuracies in the state’s coronavirus data when her agency used it to release flawed calculations that helped guide decisions on school openings and enrollment this month. Dr. Pedati said she became aware in late July of a problem in Iowa's disease surveillance reporting system that backdated thousands of new test results. (AP Photo/Charlie Neibergall, Pool, File)

IOWA CITY, Iowa (AP) — Iowa’s medical director said Thursday that she was aware of inaccuracies in the state’s coronavirus data when her agency used it to release flawed calculations that helped guide decisions on school openings and enrollment this month.

Nonetheless, Gov. Kim Reynolds on Aug. 6 released 14-day county positivity rates on the state’s coronavirus website that she said would help school officials and parents decide how to proceed with the school year.

Errors in the local rate caused the Fort Dodge district to announce a delay in the school start date and then abruptly reverse that decision this week when they were corrected. Others tracking the data say they’re baffled by the dramatic changes and have lost trust in the tracking system’s accuracy.

Reynolds has said that schools with a 15% positivity rate — a threshold three times higher than recommended by many public health experts — can apply for a waiver to start the year online. Otherwise, districts must offer at least 50% in-person instruction. Parents are also using the rates to determine whether to enroll their children in online-only options that districts are providing.

Pedati said that for anyone who was tested multiple times, their newest test result was recorded on the state’s website as having occurred on the date of their first test. That means many new results were backdated to March, April, May and June. The problem was widespread, as more than 100,000 people have been tested multiple times in Iowa since the start of the pandemic, Pedati said.

Pedati did not explain why she knowingly allowed erroneous positivity rates to be released, but she framed this week’s correction as a routine change to give the public better information.

“We have to be flexible and we want to incorporate new information and adjustments as we move along,” she said. “I know that it’s not ideal when things continue to change.”

At a news conference, the governor said the changes to the rates were “minimal” and did not affect the total number of people who had tested positive, case investigations, or contact tracing. She blamed an antiquated state information technology system for the issue and said it underscored the need to spend money on upgrades.

Reynolds acknowledged that the virus was spreading across the state, with deaths surpassing 1,000 this week, current hospitalizations increasing and nursing home outbreaks on the rise.

Reynolds said she learned about the data problem last week, but her administration did not acknowledge it until Wednesday, two days after The Associated Press reported on the backdated positive cases.

That problem came to light only because an Iowa City nurse practitioner tracking the data on her own found discrepancies, got an Iowa Department of Public Health epidemiologist to acknowledge the system error in an email, and shared the correspondence with news outlets.

Others who had been asking about apparent backdating, including Sara Konrad Baranowski of the Times Citizen newspaper in Iowa Falls, say they were either ignored or told only by public health spokeswoman Amy McCoy that the website was constantly updating with new information.

Nonetheless, Reynolds claimed that her administration had been “transparent” with the pandemic data. Only one county is currently above the 15% threshold and Reynolds said that by next week, most school districts will have returned for classroom instruction.

The state announced Thursday that it was delivering 650,000 face masks, 110,000 face shields and other personal protective equipment to school districts around the state for educators and students.