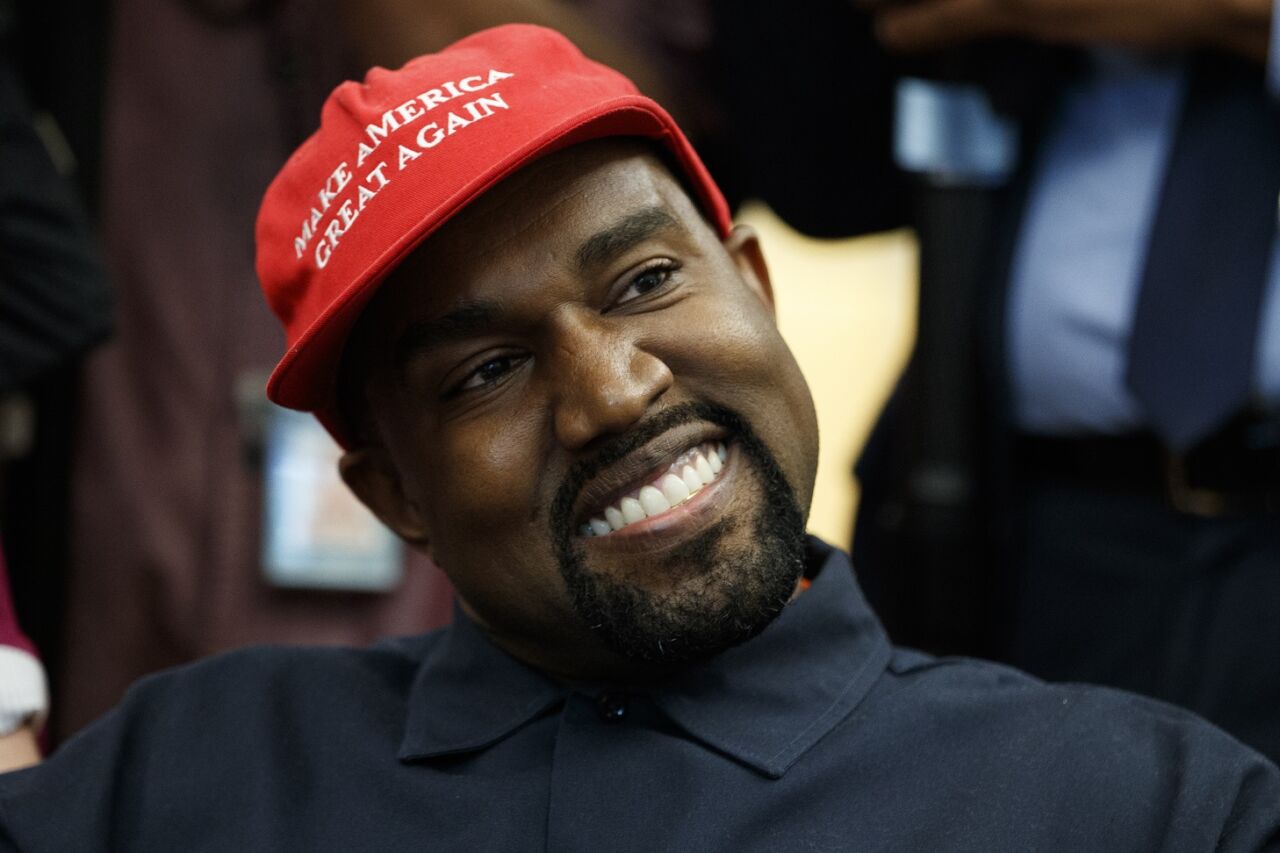 FILE - Rapper Kanye West smiles as he listens to a question from a reporter during a meeting in the Oval Office of the White House with President Donald Trump, Thursday, Oct. 11, 2018, in Washington. Staff for the Wisconsin Elections Commission are recommending that rapper Kanye West be kept off the battleground state's presidential ballot in November 2020 because he missed a deadline to submit nomination papers. (AP Photo/Evan Vucci)

West announced in July he’s running for president on a ticket he calls the “Birthday Party.” West has since been gathering signatures to get on the ballot in several states. Democrats allege that Republicans are pushing West’s candidacy in several swing states to siphon Black votes away from Democratic presidential candidate Joe Biden. Wisconsin is expected to play a key role in deciding the election after President Donald Trump narrowly won the state in 2016.

A group of voters filed a complaint with the state Elections Commission earlier this month alleging that West campaign workers missed the 5 p.m. filing deadline on Aug. 4, the last day day for independent presidential candidates to submit the required 2,000 signatures from Wisconsin voters to get on the ballot.

West campaign attorney, Michael Curran, argued during a hearing before the commission that West campaign workers didn’t enter the commission’s building until 14 seconds after 5 p.m. on Aug. 5 but commission staff still accepted the papers, constituting a timely filing.

Commission staffer Cody Davies told the panel that the building was locked due to the coronavirus pandemic but he was waiting in the lobby to let filers in as 5 p.m. approached. He said West’s representatives called him at 4:57 p.m. and said they were three minutes away. He said he let them in 14 seconds after 5 p.m. and accompanied them on the elevator ride up to the commission’s offices. The group was still in the elevator 50 seconds past 5 p.m., he said.

Another commission staffer, Riley Willman, said he was in the commission’s lobby to accept papers. He said West’s representatives placed the papers on the counter one minute past 5 p.m. but had to organize them and he didn’t take possession until several minutes past 5 p.m.

Commissioner Robert Spindell, a Republican, pushed the panel to give West the benefit of the doubt, saying the pandemic has made life harder and his people might have made it to the commission in time if the building doors had been open. He also argued that Democrats are unfairly trying to keep a Black candidate off the ballot and the commission should give Black voters a choice.

“We are talking a matter of seconds here,” Spindell said.

“This is one of the closest call cases I’ve seen but consistency requires me to treat all candidates the same, regardless of their party or their color or any other characteristics,” Commissioner Dean Knduson, a Republican, said. “I think the complainants have (presented clear) evidence that he was late.”

In the end the commission voted 5-1 to keep Kanye and running mate Michelle Tidball off the ballot. Spindell was the only commissioner who voted to put them on.

West could challenge the decision in court. Curran didn’t immediately respond to an email sent after the hearing.

State GOP Executive Director Mark Jefferson issued a statement following the hearing accusing Democrats of trying to clear any liberal competition out of Biden’s path, even though two of the commission’s three Republican members — Dean Knudson and Marge Bostelmann — voted to keep West off the ballot.

The commission deadlocked 3-3 twice on whether to allow Green Party presidential candidate Howie Hawkins on the ballot, which means he also won’t appear on it.