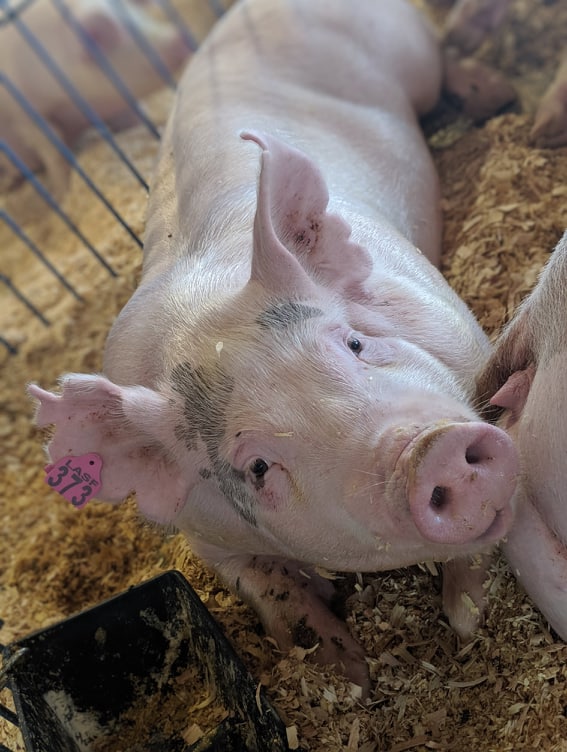 Before Iowa was hit by the massive storm system known as a derecho last week, farmers dealt with yet another tragedy in the COVID-19 pandemic and had to face the difficult decision to euthanize animals.

It was a result of unprecedented market disruption along the agriculture and food supply chain, according to Iowa Secretary of Agriculture Mike Naig. The closing of restaurants, hotels, even schools, meetings, and conferences resulted in a significant drop in demand for foodservice and an increase in need at the grocery store.

“The compounding factor for that the issue was we also saw COVID-19 outbreaks in some of the meat processing facilities,” Naig said.

Iowa processes nearly 150,000 pigs per day across the state. At the low point of production in early May, meatpacking plants were only operating at 60 percent of that capacity.

“Pigs were backing up on farms,” Naig said. “By the middle of May, we were sitting around 600,000 pigs that should have been marketed by that time, but Iowa farms were being backlogged.”

A similar situation was noted in the cattle industry with nearly 100,000 head missing their normal marketing window.

“We had to confront this challenge and acknowledge that some of our producers may be forced into euthanizing animals,” Naig said. “They couldn’t get them in to be processed, and they had no room to manage them. That becomes an animal welfare issue.”

Plus, egg producers lost 70 percent of their market when COVID-19 hit because most are broken on the farm and sold as liquid eggs for food service.

Iowa Governor Kim Reynolds allocated CARES Act funding for the Iowa Disposal Assistance Program to help producers affected by COVID-19 pay to remove these animals. Eligible producers could receive $40 per market-ready hog, $4 per weaned pig, and $.25 per layer hen. Naig noted the disposal costs do not cover the value of the animal lost.

“You’re already losing money because prices are below the cost of production,” Naig said. “Now you’re adding disposal costs, and you’ve just lost the value of the animal, so we do think it is right that the USDA will likely require congressional action to see some compensation paid for the value of the animal. None of this ever makes the producer whole. We’re trying to help them bridge through to better times. This situation has a long tail on it.”

Despite the bleak situation, there as a silver lining in the COVID-19 cloud.

“We did not see anywhere near the worst-case scenario that we had planned for,” Naig said. “Our farmers were very creative. They changed the feed ration to slow down the rate of gain for pigs. They found other ways to market animals.”

The original thought was 600,000 hogs would need to be euthanized, but only around one-third of that number were removed. Around 6 million laying hens had to be taken out of production. In most cases, the animals went through normal rendering channels, which meant they could still be harvested for a purpose such as pet food and other uses.

“I think that is some consolation that the animals still went to some beneficial use,” Naig said. “It did not have to be buried or composted.”

Additionally, the Iowa Department of Agriculture created a “Pass the Pork” program to connect hog producers with food-insecure Iowans.

Meat processing plants have returned to almost 100 percent capacity and started running on Saturdays, which has helped work through the backlog. However, that progress can only continue if there are no new COVID-19 outbreaks in the facilities.

“Tough situations remain on farms across the state,” Naig said. “The market is still not paying what we would like it to. We need to make sure we are working to expand markets from the long-term standpoint for the success of agriculture and short-term as we recover from the last couple of months.”

On a final positive note, Naig believed this scenario which limited essential items in the grocery store helped consumers of all backgrounds better understand food processing.

“It doesn’t just magically appear on a grocery store shelf,” Naig said. “It starts on a farm. It involves a processing facility. It involves trucking. It involves hands that stock shelves in grocery stores and then push them out to the car. There is a whole agriculture supply chain that is made up of people who go to work every day, and they are essential to us. I hope folks have an appreciation for that.”

There are still programs open to help connect producers with those who are food insecure including the previously mentioned Pass the Pork as well as Beef Up Iowa that puts ground beef into food pantries. The Iowa Department of Agriculture is also working to put eggs and dairy into refrigerators and food pantries across the state.