Hundreds of thousands without power days after Midwest storm 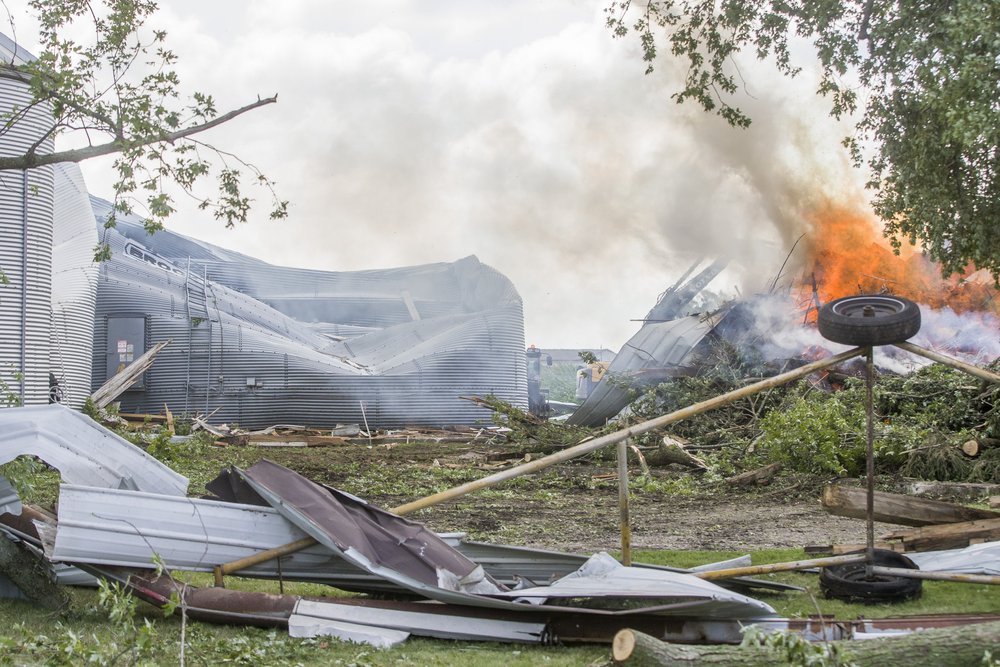 Major parts of Iowa suffered outages Monday as straight-line winds toppled trees, snapped poles and downed power lines. The storm known as a derecho had winds of up to 112 mph near Cedar Rapids, as powerful as an inland hurricane, as it tore from eastern Nebraska across Iowa and parts of Wisconsin, Indiana and Illinois, including Chicago and its suburbs.

Crews have been working around the clock to restore electricity, but they’ve been hindered by large trees that are blocking many roads and sitting on top of power lines. Those trees must be removed before power can be restored.

Iowa’s three largest metropolitan areas of Des Moines, Cedar Rapids and Davenport still had widespread outages as of Wednesday morning. Other cities including Marshalltown and Clinton were also hard hit by the derecho, which produces winds that come across in a line and can spread damage over a large area more like an inland hurricane than a quick more powerful tornado.

Mediacom said Wednesday that it has restored internet service to about half of the 340,000 customers that were offline a day earlier in Iowa, Illinois and Indiana. But many others may be without service until their power is restored, a process that could still take multiple days in places.

The storm caused extensive crop damage in the nation’s No. 1 corn producing state as it tore across Iowa’s center from west to east.

In addition, tens of millions of bushels of grain that were stored at co-ops and on farms were damaged or destroyed as bins blew away.

Cedar Rapids said that 60 patients were treated at local hospitals for storm-related injuries.

The only known death in Iowa was a 63-year-old bicyclist who was hit by one of several large trees that fell on a bike path outside of Cedar Rapids. In Fort Wayne, Indiana, the storm killed a 73-year-old woman who was found clutching a young boy in her storm-battered mobile home.