"Folks will work together to get through this" - Iowa Ag. Secretary Mike Naig addresses widespread storm damage 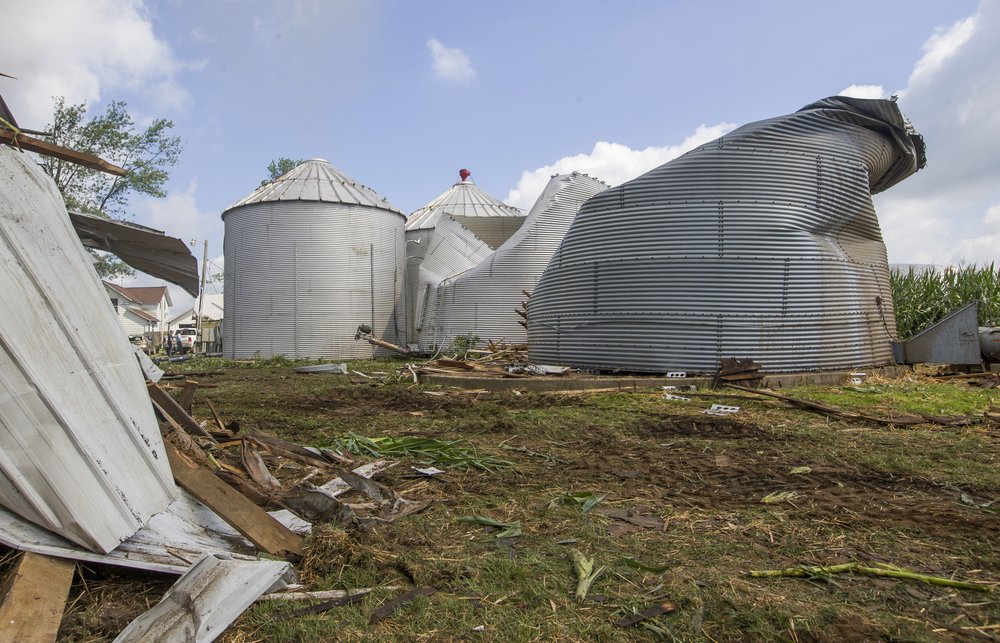 The Midwest is still trying to recover after what is being called a derecho tore through cities and farm fields alike Monday.

For farmers in Iowa, this was another blow dealt in the year 2020.

“This week brought a significant challenge on top of what was already a challenging situation for our agriculture community,” Iowa Secretary of Agriculture Mike Naig said.

The industry faced historic and unprecedented market disruption already this year because of COVID-19. Then, there were challenges around the growing season with significant drought in western Iowa, according to Naig.

“The storm Monday was unique in the fact that it was so widespread,” Naig said. “It formed in southern South Dakota and moved all across the state of Iowa from river to river and left a trail of destruction up to Ohio. It was on the ground for over 700 miles and was active for nearly 14 hours.”

Early estimates indicate more than 10 million acres of crop damage in Iowa as well as destruction to grain bin storage, livestock barns, towns, and communities. Naig was optimistic that some of the areas hit can still bounce back and produce a crop, but other fields were flattened.

“The next few days will be really important as farmers work with agronomists to get out and assess, but there is no mistake that there are millions of acres of cropland in Iowa that have been damaged,” Naig said.

The loss of grain storage poses another challenge with fall harvest coming in weeks. There was already a surplus of grain in storage because of market disruption and the decrease in ethanol production and exports. Naig saw tens of millions of bushels worth of grain storage that has been destroyed just in commercial facilities.

“With harvest in six to eight weeks, you’ve got to go somewhere with that corn and those soybeans,” Naig said. “That will create a challenge for the whole system because this is not an isolated incident. It is spread for miles and miles across the state.”

Farmers will be tasked with converting buildings into grain storage or using alternatives such as bags on farms. Commercial grain handlers may make piles of corn outside, but grain may be transported farther than normal to accommodate the situation.

Gov. Kim Reynolds did make some disaster relief available. There may also be assistance through federal crop insurance through the USDA.

“That’s something that will have to play out here, and we likely will not know the full extent of crop insurance coverage until harvest,” Naig said. “Most folks carry property and casualty insurance, but I do think that the scale of this situation and disaster could warrant additional disaster relief.”

Such actions would not be unprecedented by members of Congress who have acted in cases of floods, droughts, hurricanes, and wildfires in the past.

“This was yet another thing in 2020 we didn’t want to have to be dealing with, but here we are,” Naig said. “Folks will work together to get through this, and there will be better times.”

Naig did stress the importance of being safe while cleaning up damage especially with electric lines down and structural damage.