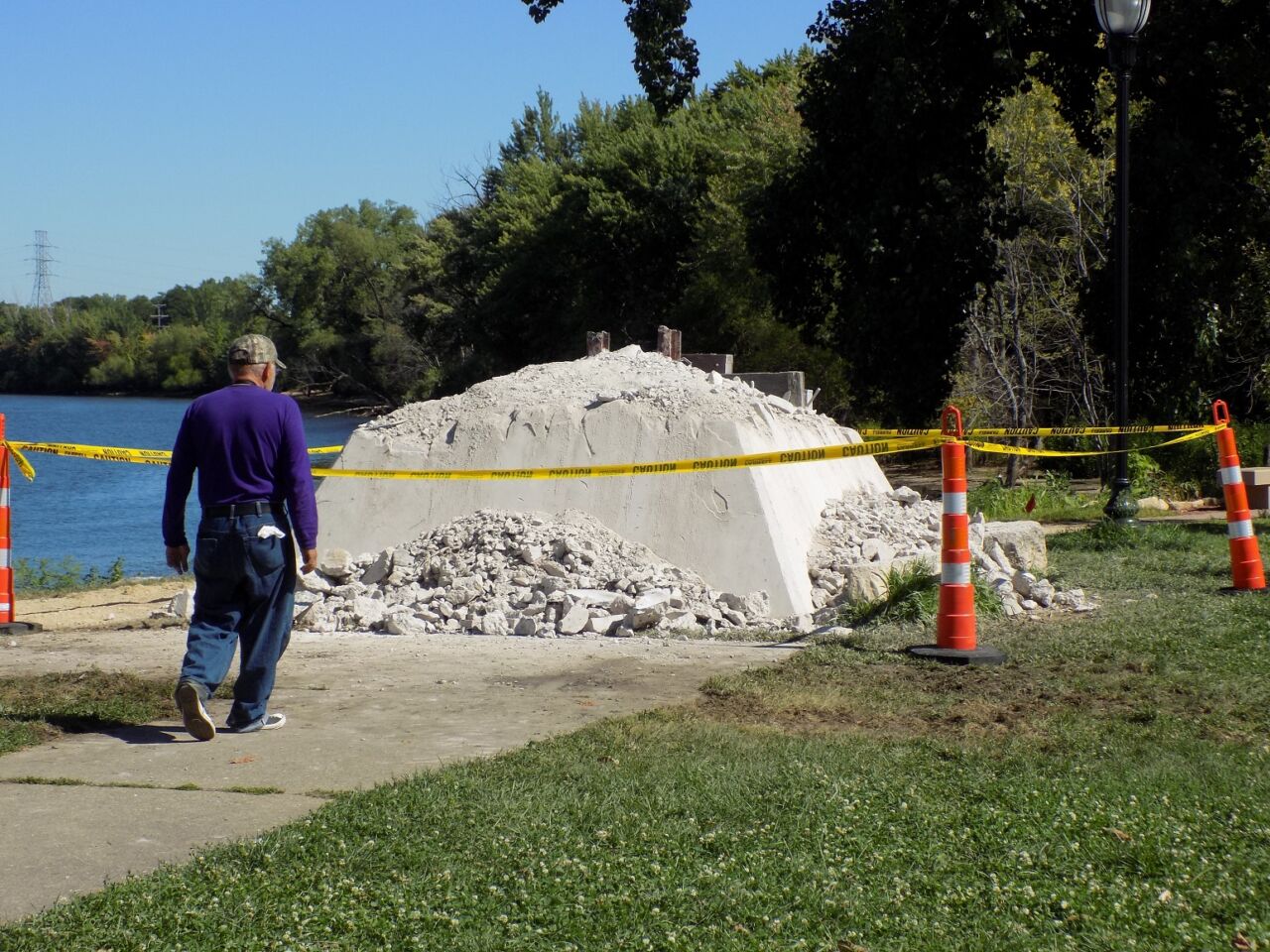 After 59 years of standing along the Mississippi River, Hiawatha has left La Crosse’s Riverside Park for a yet-undisclosed destination.

The 25-foot Indian statue criticized for many years as a caricature of native Americans was placed on a trailer Tuesday morning and transported from the park, upon orders from the city park department.

Workers began the removal process early Monday morning, spending several hours chipping concrete from the statue’s base before cutting through a steel support beam inside the statue.

The statue has had several defenders, who are upset that the city didn’t hold a public vote on whether to keep Hiawatha in the park.

In 2000, the city council narrowly defeated a plan to remove the statue, after a report from a study committee recommending that Hiawatha be taken down.

Park director Jay Odegaard says another artwork could take Hiawatha’s place, but there’s more red tape now for installing a statue than existed when the Indian was installed just before La Crosse’s first Oktoberfest in 1961.

Many people in social media have accused city leaders of trying to sneak the statue out of the park in the middle of the night, before a scheduled Monday news conference about Hiawatha’s future.

Odegaard says the decision by City Hall to take down the statue was not meant to judge the value of the Zimmerhakl artwork.