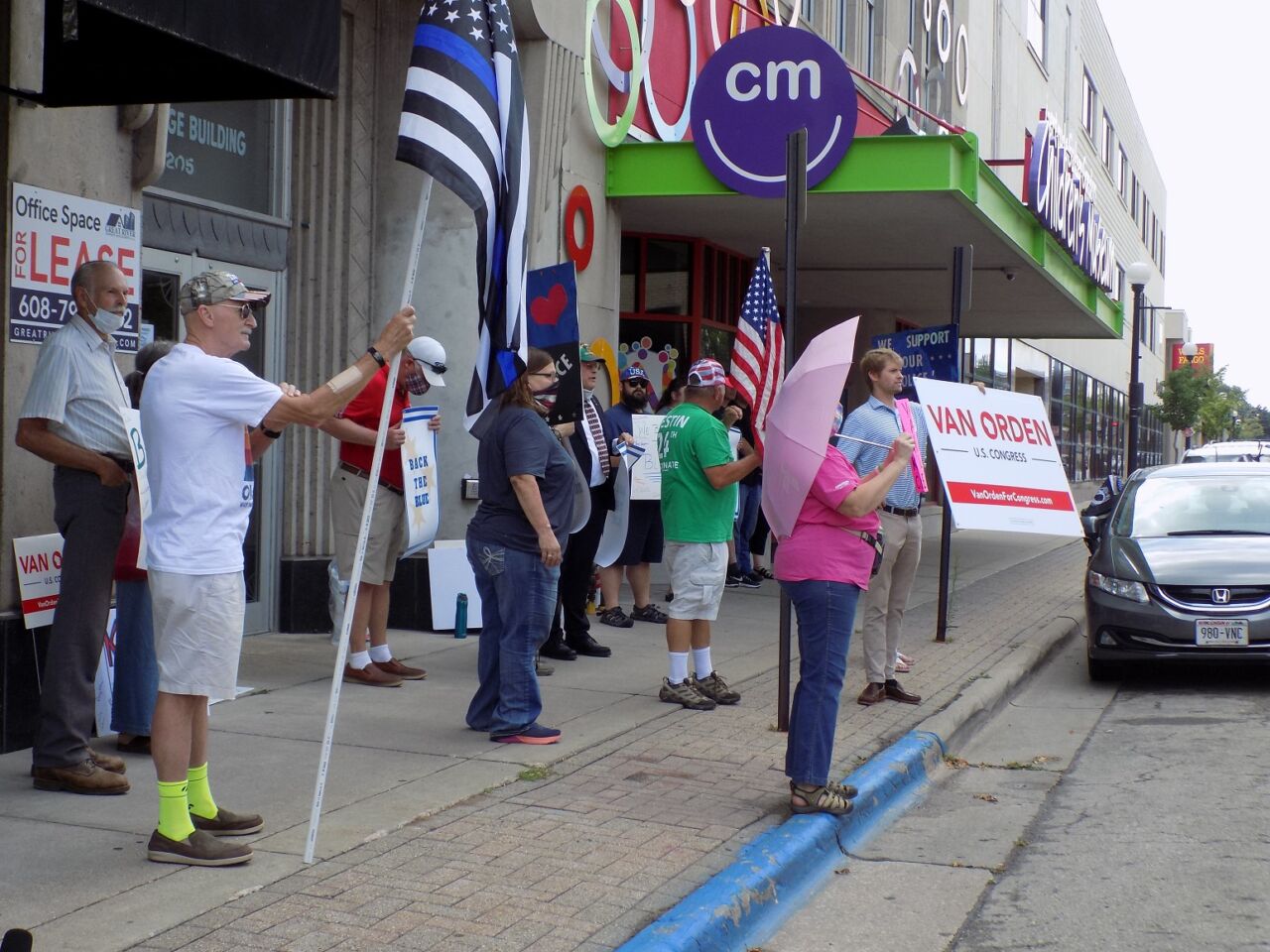 One area Republican candidate for Congress rallied with supporters outside Congressman Ron Kind’s La Crosse office on Saturday, to back local police.

Derrick Van Orden organized the rally on 5th Avenue, to charge Democrat Kind with lying to law enforcement and backing bills that would not help police.

Van Orden says Kind, a former prosecutor, deceived area sheriffs by reportedly telling them that he would not support a bill to remove qualified immunity for law enforcement, after he had already co-sponsored the bill.

Demonstrators held signs such as “Back the Blue” and “Defend the police” during the midday rally in La Crosse.

“Back the Blue” was the theme of a recent video conference hosted by Van Orden’s primary opponent, Jessi Ebben.

Ebben also argues that Kind has voted in Congress against the interests of western Wisconsin police.

Both Republicans and Democrats have primary contests in the 3rd Congressional District race on Tuesday.

Kind is facing Mark Neumann of La Crosse in his own party.