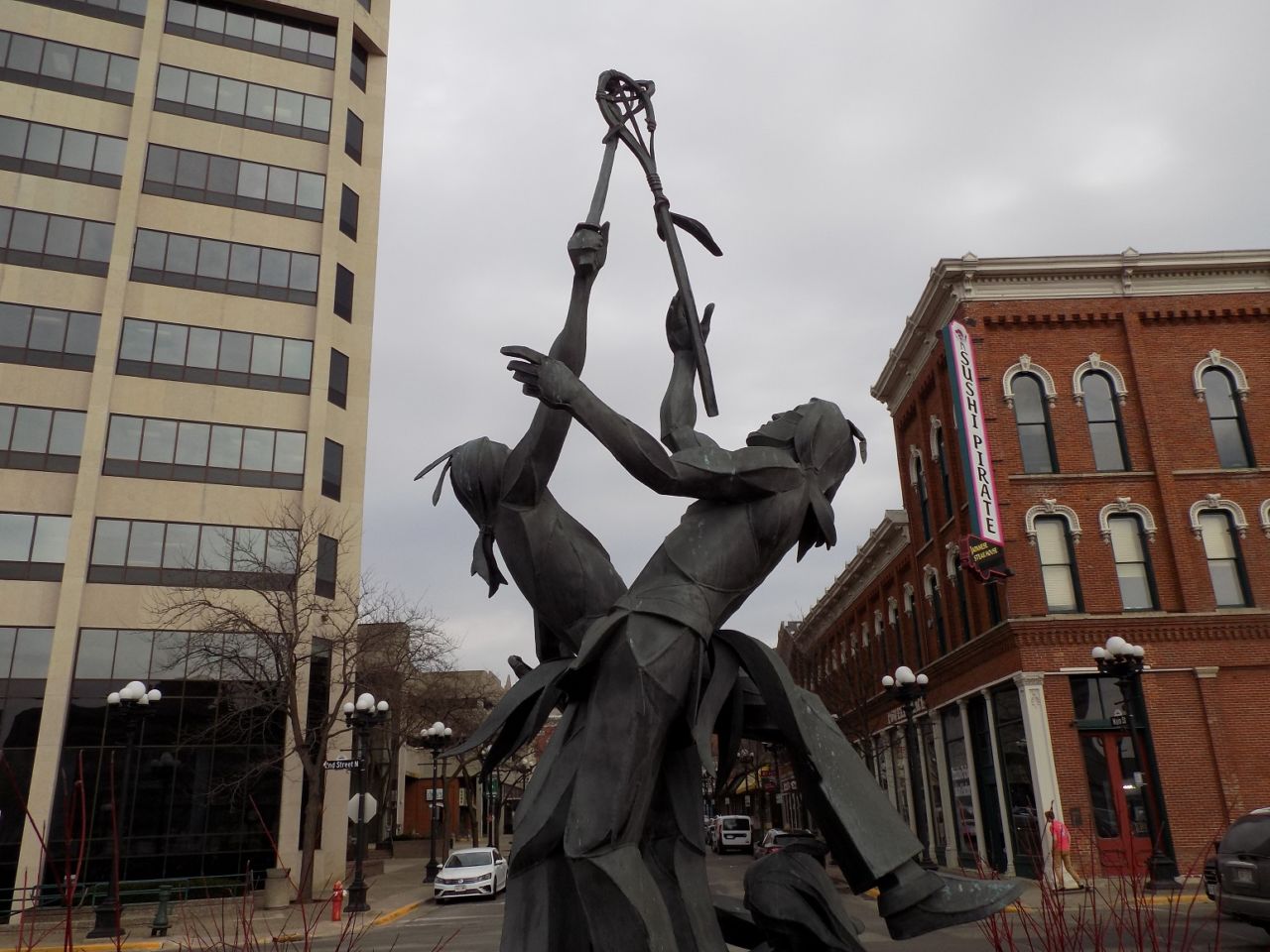 One of the best-known visual artists in the La Crosse area has died.

Sources tell us sculptor Elmer Petersen died Wednesday at Gundersen in La Crosse, less than a month before his 92nd birthday.

Several of his metal works are displayed in La Crosse, including the Eagle sculpture in Riverside Park, the ‘lacrosse players’ seen both on 2nd Street downtown and on Rose Street, the Gideon Hixon statue near City Hall.

More recent works by Petersen included the George Poage sculpture in Poage Park, and the steel eagle outside the UW-La Crosse football stadium.