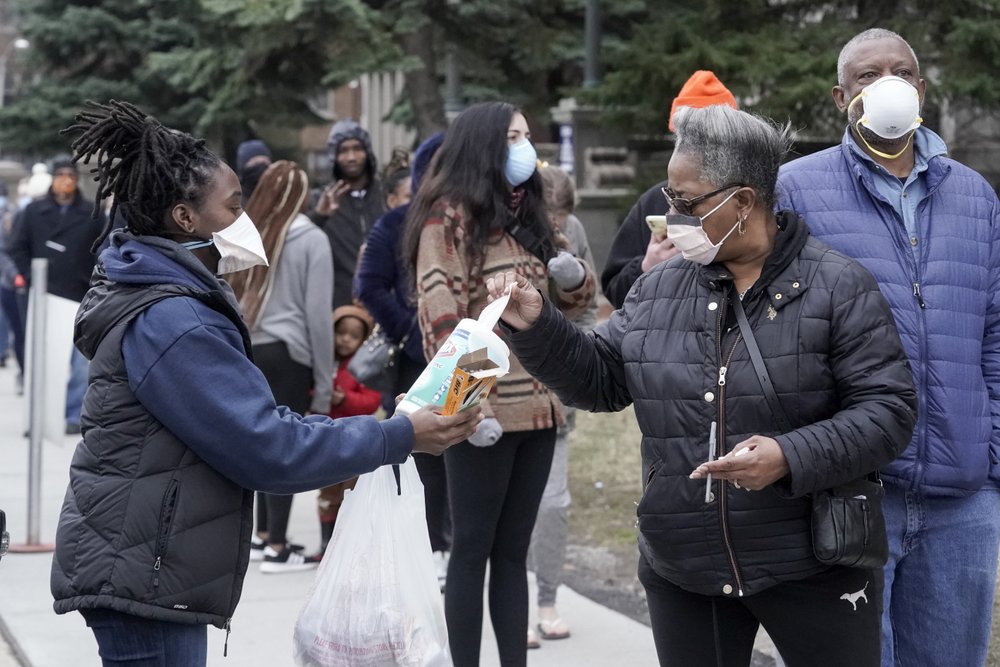 MADISON, Wis. (AP) — A federal judge on Wednesday questioned whether it would be right to order an easing of Wisconsin’s absentee voting regulations ahead of the November presidential election, saying the coronavirus might pose less of a threat to in-person voting by then.

Democrats and allied groups filed lawsuits ahead of Wisconsin’s presidential primary in April demanding that Judge William Conley relax absentee voting and voter registration requirements and deadlines to simplify voting by mail because of the pandemic. Conley extended the deadlines for requesting and filing absentee ballots and allow voters to opt out of finding a witness to sign their ballots. But a federal appellate court struck down the witness opt-out and conservatives on the U.S. Supreme Court struck down the deadline extensions.

The plaintiffs renewed their lawsuits for the November election. Wisconsin is expected to be a key battleground state in Democrat Joe Biden’s bid to unseat Republican President Donald Trump, who won the state in 2016 by just 22,748 votes.

Conley held a hearing Wednesday on whether to issue a preliminary injunction easing the regulations. He opened the proceeding by acknowledging that clerks will see a crush of absentee ballots ahead of the November election. But he went on to say that people have learned more about how to control the virus’ spread since April, that infection rates could drop by November and that it’s unclear if the risk of transmission will be as high as it was in April. Given that, he said he wasn’t sure he should interfere.

“Granted, things could worsen. But it’s possible things may improve in our state, particularly if people more universally accept the limitations necessary to prevent spread,” he said. “A federal court has a limited role in these matters and having more time, I’m not sure I’m at a point where I can say in-person voting won’t be practical. I’m not sure the current status of COVID-19 gets you there.”

John Devaney, an attorney for the Democratic National Committee and state Democratic Party, argued that that anyone with influence over the election has a duty to prepare for the virus.

He noted that Wisconsin recorded 728 new confirmed cases of the virus on Tuesday and the Wisconsin Elections Commission has warned that clerks were still looking more than 900 poll workers heading into a Tuesday primary for state candidates, blaming the shortage on fears of infection. Democratic Gov. Tony Evers on Wednesday activated National Guard troops to serve as poll workers, just as he did in April. The troops will report to local clerks on Monday.

He predicted a crush of absentee ballots in November. Many voters won’t get them back to clerks by the state’s Election Day deadline, creating “a train wreck of disenfranchisement.”

Misha Tseytlin, an attorney representing Republican legislators, argued that there’s so much uncertainty that Conley should presume state laws remain valid and do nothing.

“Anybody can request an absentee ballot now and they’ll have plenty of time to cast it,” Tseytlin said.

The Democrats and their allies are seeking an injunction that would lift requirements that clerks receive absentee ballots by 8 p.m. on Election Day; that absentee ballots be signed by a witness; that voters include a photo ID with their absentee ballot applications; and that electronic and by-mail voter registrations include proof of residence.

They also want the judge to lift by-mail and electronic voter registration deadlines — the deadline for the Nov. 3 election is Oct. 14. And they want Conley to force state elections officials to send absentee ballots to everyone registered to vote as of Sept. 30 and to allow voters to download absentee ballots via email or fax.

The groups also want the judge to allow clerks to start verifying absentee ballots’ validity without counting them before Election Day in the hopes that they will spot mistakes and give voters time to fix them. The groups also claim that early processing would expedite results.

Conley wasn’t expected to rule on the preliminary injunction for several weeks.

Health officials reported 884 new confirmed cases of the COVID-19 virus and nine more deaths from the disease in Wisconsin on Wednesday. The state has had 56,940 confirmed cases and 970 COVID-19 deaths since the pandemic started.

The number of infections is thought to be far higher because many people have not been tested, and studies suggest people can be infected with the virus without feeling sick.

Nearly 1,002,000 people had been tested for the virus in Wisconsin as of Wednesday, a little less than a sixth of the state’s population.