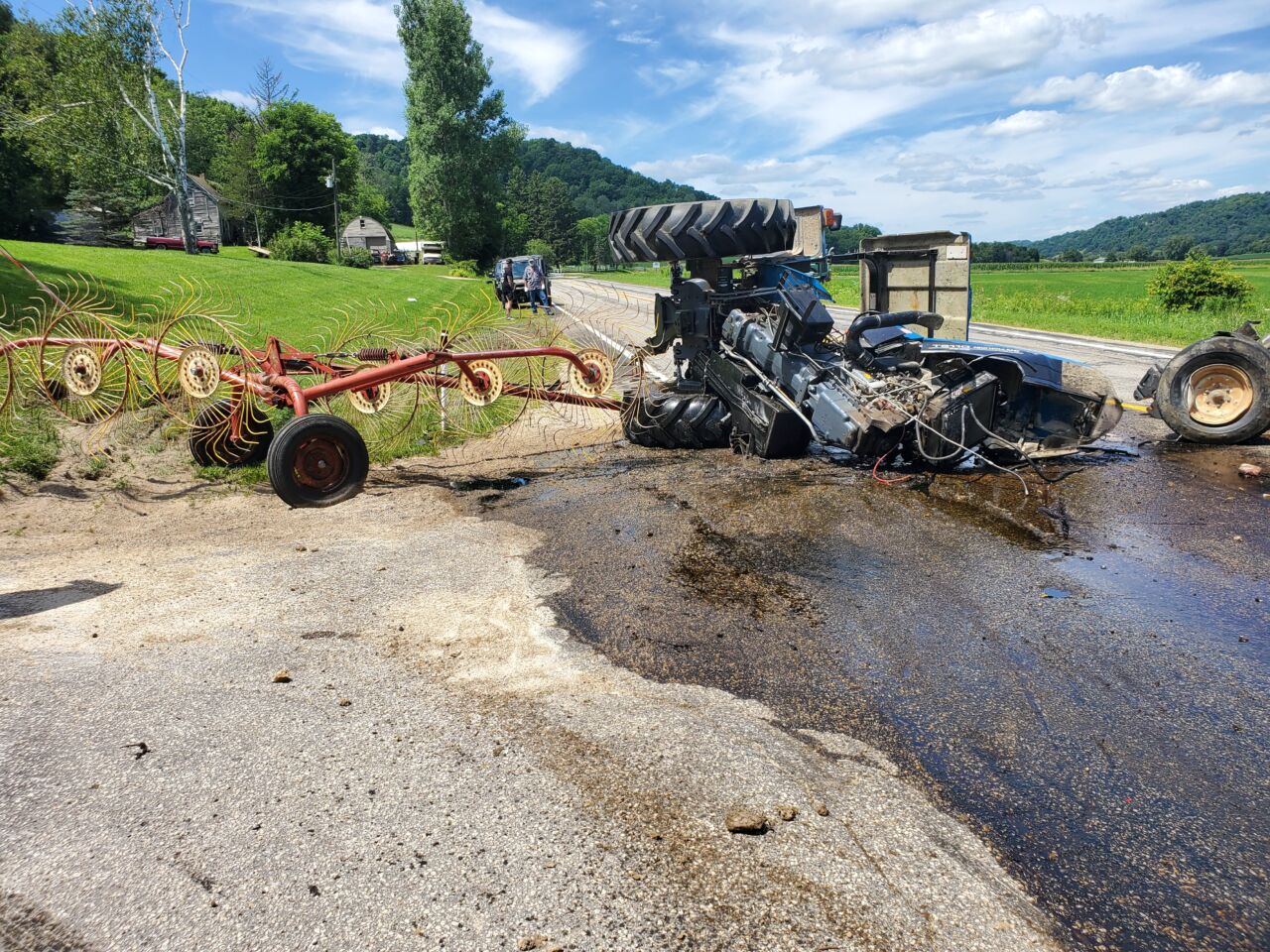 A man driving a tractor faces life-threatening injuries after an accident Wednesday afternoon in Vernon County.

The Vernon County Sheriff’s Office says it happened just after noon Wednesday. Danny White, 66, of La Farge was driving a tractor pulling a hay rake west on State Hwy. 82. White was turning left onto Slayback road when Michael Anderson, 71, of La Farge tried to pass the tractor on the left side.

Anderson’s dump truck hit the front of White’s tractor. The tractor was overturned and White was ejected. La Farge EMS transported him to the Viroqua Airport to meet with Gundersen Air. He was flown to Gundersen Health System in La Crosse with serious injuries.