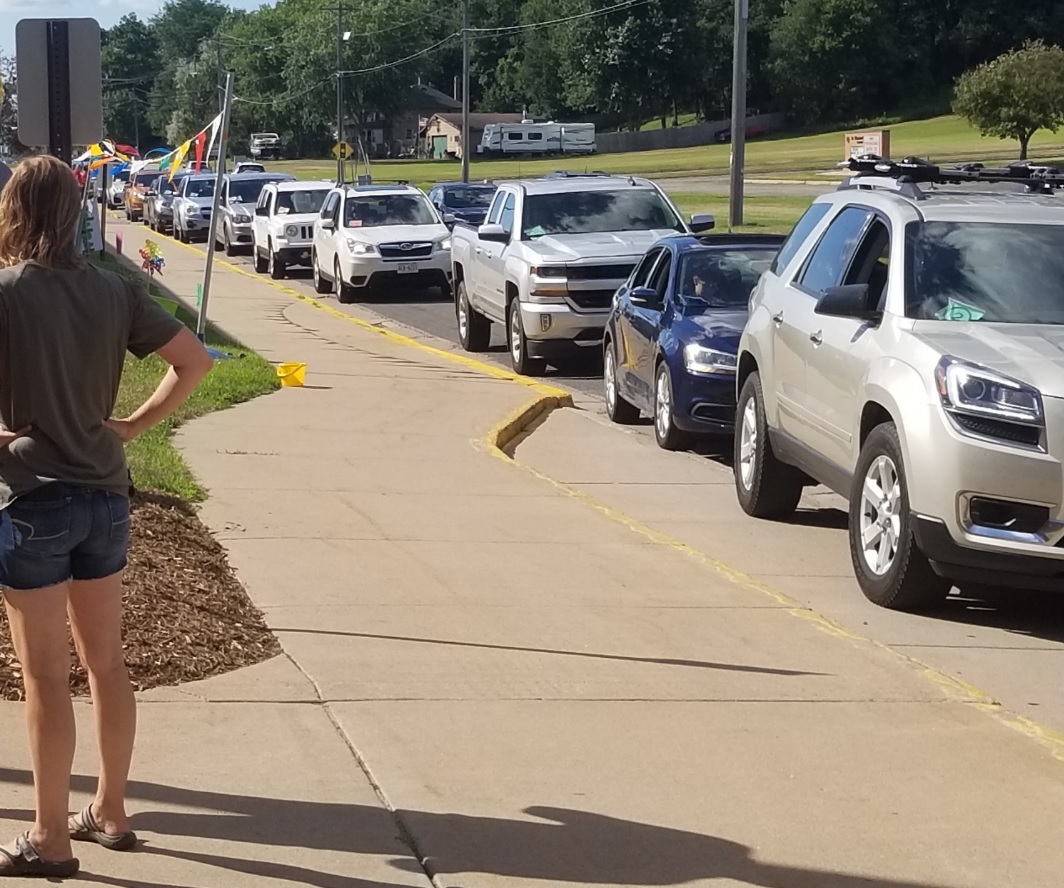 Cars lined up outside Holmen Middle School to help be part of a charity drive to end the district's school lunch debt. (submitted photo)

It wasn’t a chicken-que. Did they call it a gyro-que?

Whatever the name, the community needed less than two hours Monday evening to erase the Holmen School District’s $2,600 lunch debt for years to come.

Cars lined outside Holmen Middle School to pick up a $10 euro from the Angry Greek Food Truck, in an event organized by the Beer By Bike Brigade, which has erased many a school lunch debt in the Coulee Region over the years.

“It’s just an incredible feeling to see that many cars,” Gasper said, who was amazed to see in a video later, just how long the line of cars was to help. “It was wrapped around and down the main drag in Holmen, and I was just blown away by the sheer support.”

Gasper added that many often paid more than the $10.

Often, stories in the news about lunch debt will be about schools shaming students, throwing their lunch away in front of classmates. Gasper said Holmen leaves the students out of the equation.

If the debt gets to $10, they begin contacting parents and go from there.

“The problem is, the way school finance works, school nutrition is its own entity within the school, and we have to pay our bills,” Gasper said. “If we don’t, it comes out of the general fund, which is the fund that pays for teachers and books and band instruments and so on and so forth.”

Gasper said if parents are having trouble feeding their kids, they need just call the school and something will be worked out.