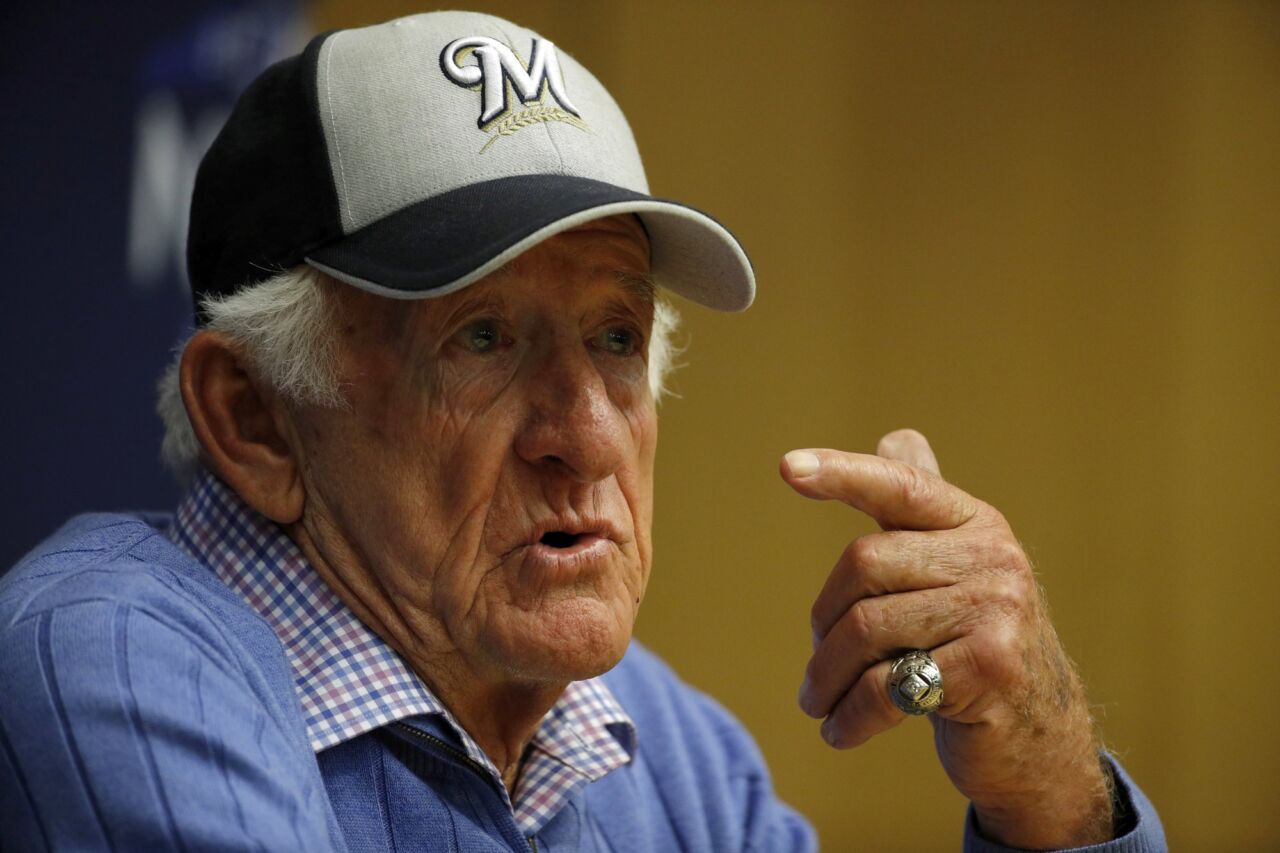 MILWAUKEE (AP) — Bob Uecker describes the most unique season of his half century as a Milwaukee Brewers’ broadcaster with the wit that has helped make him one of the game’s most recognizable voices.

“All of this stuff for me is totally new,” Uecker said Wednesday during a Zoom session with reporters. “What we’re doing here tonight, Zoom, I didn’t know what that was. That was some guy when I played who ran fast. I didn’t know anything about Zooming.”

The 86-year-old announcer will be back on the airwaves for a 50th season of broadcasting Brewers baseball. This marks his 65th season in baseball overall, including a six-year playing career with the Milwaukee/Atlanta Braves, St. Louis Cardinals, Philadelphia Phillies from 1962-67.

As long as he was healthy, Uecker wasn’t going to let even a pandemic keep him from the job he loves.

Uecker expects to be on the radio broadcast team for all home games and maybe a few road games here and there, including Friday’s season opener with the Chicago Cubs at Wrigley Field.

But he’s coming back to a job that’s not quite the same.

As part of the protocols in place due to the coronavirus pandemic, the Brewers and other Major League Baseball teams will conduct both their home and road broadcasts from their home ballparks. That means Uecker will be working Friday’s road game with the Cubs while staring at monitors from his booth at Miller Park.

Safety precautions also will prevent Uecker and other broadcasters from chatting with players and coaches around the batting cage or in the locker room.

“I can’t go in the clubhouse. It brings back such great memories of teams I was playing on telling me the same thing, but somehow I worked my way around it,” Uecker quipped.

That sense of humor has helped make Uecker one of the most beloved figures in Wisconsin.

Ever since April 2014, Miller Park has included a statue of Uecker in the back seats of the uppermost level behind home plate, an homage to the commercial from the 1980s in which he says, “I must be in the front row” as he gets ushered out of his seat.

With no fans permitted in stadiums due to the coronavirus, the Brewers are selling fans cardboard cutouts of their likenesses that will be scattered next to the Uecker statue this season.

“There’s no single person in this franchise’s history who has been as iconic and as important as Bob Uecker,” said Jeff Levering, a member of the Brewers’ radio broadcast team since 2015. “To feel what a season would have been like without him is really difficult to fathom.”

Brewers manager Craig Counsell grew up in the Milwaukee area and remembers spending summer days throwing a baseball against the roof and catching it while listening to Uecker’s broadcasts.

Uecker also has worked as a national color commentator for ABC and NBC baseball telecasts and earned fame beyond that of the usual broadcaster following his appearances in late-night talk shows, beer commercials and the movie “Major League.” He starred in “Mr. Belvedere,” an ABC sitcom that aired over 100 episodes from 1985-90.

But he’s most revered in Wisconsin for the thousands upon thousands of Brewers games he’s brought to people’s homes. Those fans are savoring the opportunity to finally hear Uecker again, even if it’s 3½ months later than expected.

“Anytime people get to listen to him,” Brewers outfielder/first baseman Ryan Braun said, “he will bring a sense of normalcy back to what otherwise will be a completely abnormal season in every imaginable way.”