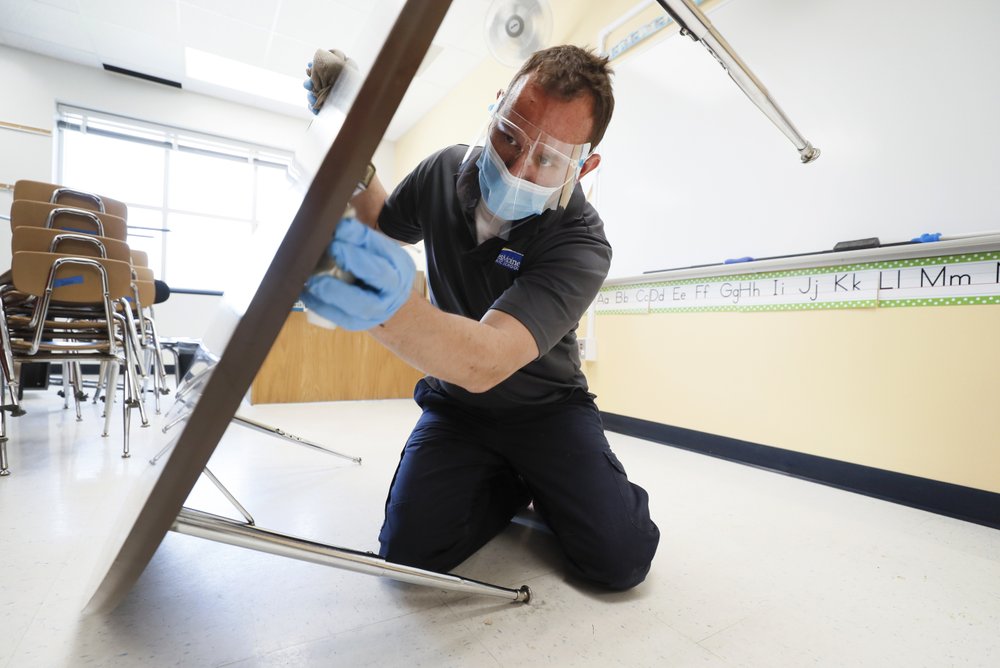 MADISON, Wis. (AP) — Teachers unions for Wisconsin’s five largest school districts asked Gov. Tony Evers and the state’s top health and education officials Monday to keep schools closed at the start of the year due to the ongoing threat posed by the coronavirus pandemic.

The letter was signed by union leaders for teachers in Milwaukee, Madison, Green Bay, Kenosha and Racine. It was sent to Evers, Department of Public Instruction Secretary Carolyn Stanford Taylor and Department of Health Services Secretary Andrea Palm.

“Our students need safe, equitable, well-resourced classrooms staffed with highly qualified educators, so they can learn,” union leaders said in the letter. “The classroom is where every single educator wants to be this fall, but with no containment of Wisconsin COVID-19 cases, a virtual reopening for public schools is necessary.”

Evers and Palm did not immediately return messages seeking comment. Evers, the former state superintendent for schools, said last week that he did not plan to issue an order closing schools this fall, leaving it to each district to decide how to proceed. The Wisconsin Supreme Court in May struck down his “safer at home” order but did not rule against a separate order that kept schools closed through the spring 2020 semester.

Department of Public Instruction spokesman Chris Bucher said the agency has no authority to require online-only instruction. He referred to guidance the department issued in June, laying out options for schools to consider as they looked at reopening, including how to make classrooms safe for in-person teaching.

President Donald Trump has tried to pressure schools to reopen for in-person instruction in the fall, threatening to withhold federal money. But public health leaders nationally have warned that a one-size-fits-all reopening could drive infection and death rates even higher. The nation’s two largest teachers unions, along with the American Academy of Pediatrics and the School Superintendents Association, pushed back, saying the decisions should be science-based.

The Milwaukee and Madison districts announced last week that they plan to start the school year with online instruction only and will reassess later. Kenosha, the state’s third largest district, plans to return with a hybrid of in-person and virtual learning under a plan up for school board approval next week. Racine and Green Bay schools have not announced their plans.

Cases of COVID-19, hospitalizations and deaths have been surging in Wisconsin since mid-June, with more than 43,000 people confirmed to test positive and 846 deaths. The state has broken the record for new daily confirmed cases four times this month and the rate of positive cases out of all those tested broke 10% on Monday for a second day in a row after being as low as 2% in early June. About 65% of all confirmed cases statewide come from the five counties with the largest school districts.

The true number of cases is likely far higher because many people have not been tested, and studies suggest people can be infected and not feel sick.

The five union leaders said they represent more than 10,000 teachers and other education workers in the state who are responsible for educating more than 160,000 students. They called for a “science-informed, safe and equitable school reopening” for the fall.