While other areas begin requiring masks, La Crosse County waits on legality, but looks at other avenues to mandate them 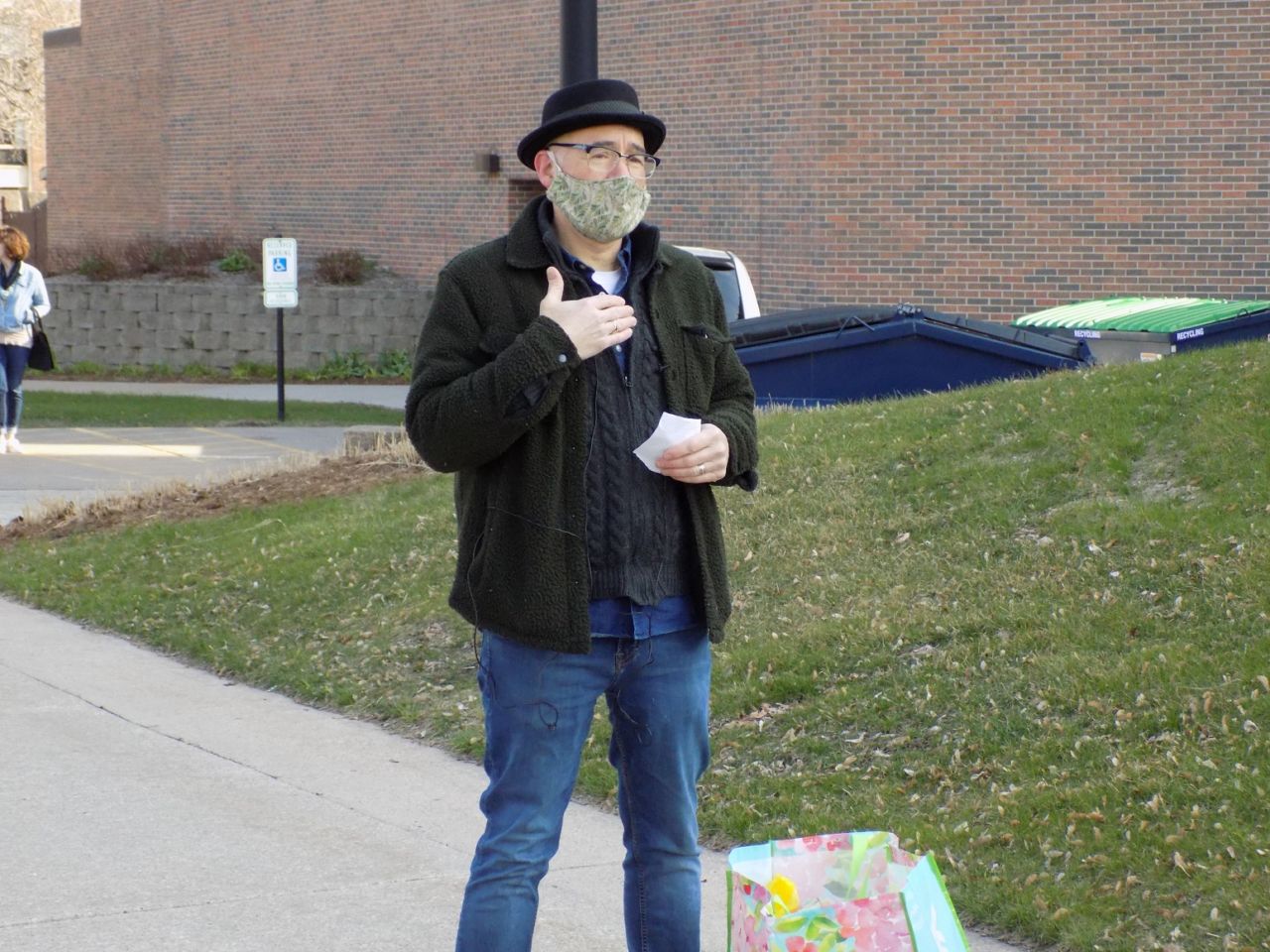 WIZM FILE PHOTO: Joe Anderson, of the UW-L Theatre Arts Department, wears a homemade face mask before entering the Center for the Arts.

So, where is La Crosse County with a mask order?

Health director Jen Rombalski appears to want one, but will only do it when there are no questions about its legality.

“This is difficult,” Rombalski said. “This is frustrating, that we’re still, sort of in this place, where we’re not certain about the authority that health officers have under state statute, a county-wide order, for example, about masks.”

“At this time, though, to be really clear, we feel we do not have the authority to write a county-wide health order,” Rombalski added. “But, again, we’re trying to get at that through other means, until we have more information from the final analysis from a study committee at the state.”

Rombalski said that could conclude in the next week or two.

Other means for a mask order could be going through, Rombalski said, municipalities to impose something similar to the tobacco-free air laws — you know, back when people were smoking in public buildings.

“There is the ability to work through it in that process,” Rombalski said.

How communities enforce and punish a mask order is still a little in question. Back when the safer-at-home order was in place in Wisconsin, as well as something similar in Minnesota, limiting large groups, police in both La Crosse and La Crescent did more talking, less punishing.

Police would break up the larger gatherings — like 10 people playing basketball at the park — and, instead of issuing tickets and fines, they would simply have a conversation about the order and why it’s happening.

Now, however, with mask orders, it could be a different story, as the internet has already shown, people going crazy over having to wear a mask at a Costco or some other business.

That guy, Dan Maples, was fired from his job as an insurance agent.

But how police might enforce a mask order here is TBD. Winona mentioned citing someone for trespassing. Milwaukee, if it passes a mask order, talks of fines between $50-$500.

While that conversation continues, Rombalski did mention some penalties for those who have gotten COVID-19 in the county and don’t respond to health department contact-tracing requests within 24 hours.

“We can cite someone, and they would get fined for not working with us to try to get at the information that only the case can provide from us,” Rombalski said.

She added that they have also cited people who were confirmed cases that refused to give contacts.

While Rombalski waits to see what can be done in the county about a mask order, and those other cities and counties get set to mandate them soon, another entity did, as well — the University of Wisconsin in its public buildings.

And it’s those college-aged students Rombalski worries about. Through July 7, 56.4 percent of La Crosse’s then-518 cases have been those aged 20 to 29. No other age group in the county is over 10 percent.

“I am concerned about the fall when we have students coming back on campus,” she said. “The risk level associated with the spread among that age group and how that ripple effect impacts the rest of our community.”

Heading into Friday, the county currently has 545 total cases —417 of those since June 16, which was the first of 11 consecutive days with 20 or more cases.