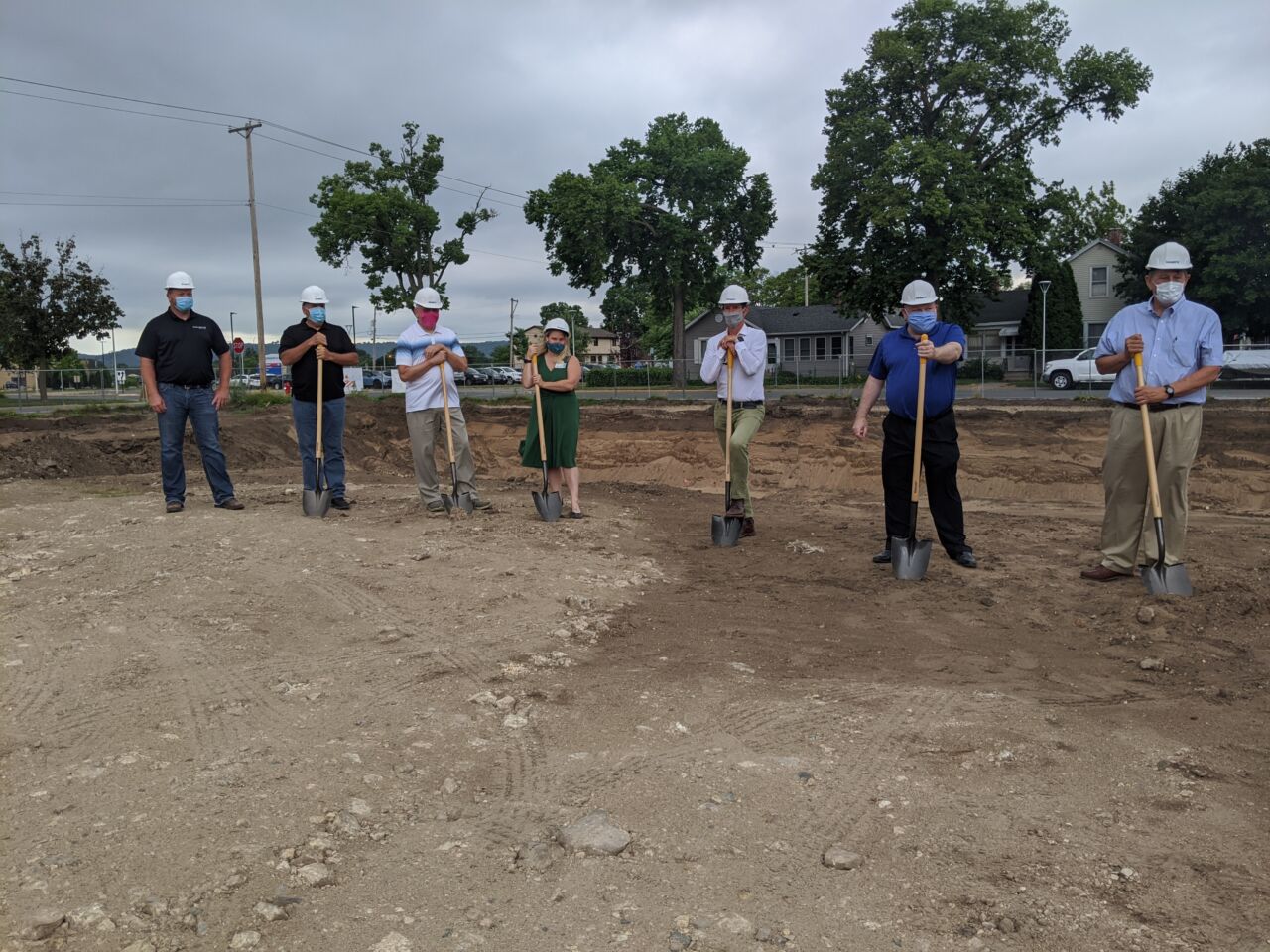 A $9 million project has its official ground-breaking in La Crosse Thursday.

Known as Farnam Flats, the lot on Farnam and 7th Streets will soon become a 46-unit, five-story apartment building. Farnam Flats will also have more than 3,700 square feet available for commercial space.

“We are really excited to start this process,” Spencer Schram, president of Premier hotel Properties said. “It has been a long project because there has been a lot of input and a lot of thought.”

Schram also owns and operates Gundersen Hotel and Suites. He was hopeful the development could attract future employees to the neighborhood for several businesses.

The project is through the Joint Development Corporation (JDC) made up of the City of La Crosse and Gundersen Health System. It has been two years since the JDC bought the lot.

“Today, we are here to celebrate a hole,” Phil Ostrem, acting JDC president said. “Celebrating a hole for us is a really good thing. I’ve lived here for 12 years. We’ve tried to make something happen in this area for 11 1/2 of those 12 years.”

The area used to include the Abraham Zahn storage facility as well as a decayed mini park and ball courts, according to Ostrem. The JDC purchased the Zahn building for $300,000 and demolished it. The city sold the courts and park for $1.

Gundersen Chief Business and Strategy Officer Bill Farrell said the project fits their model of improving health and wellness in the community.

“Including the health of our neighbors and our properties in our neighborhood,” Farrell said. “Farnam Flats is a project that shares those values. This commitment is part of the reason why this project is going to benefit everybody.”

The project is expected to be completed by summer 2021. The JDC hoped to have a large block party to celebrate once that time comes.