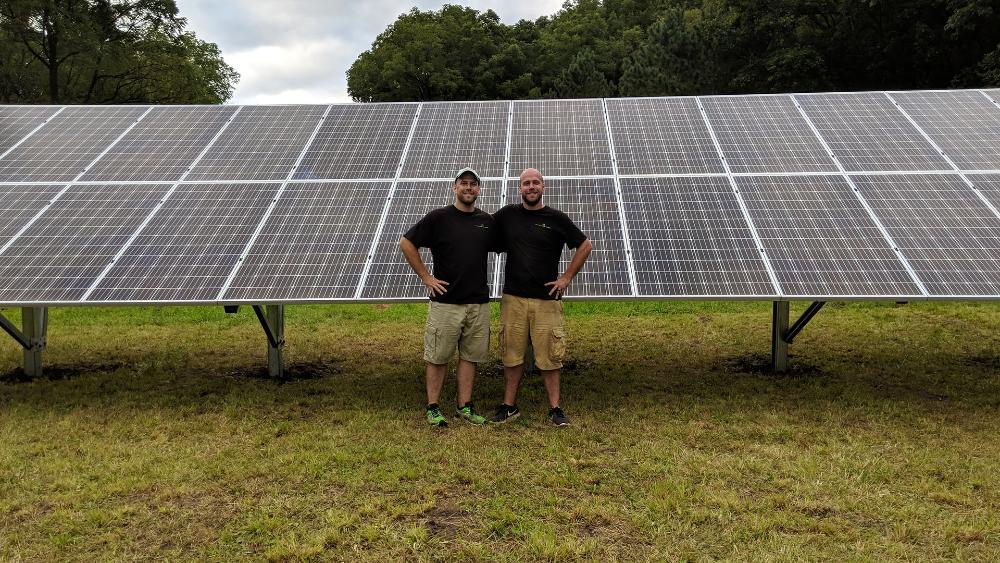 Coming together from opposite sides of the country, brothers Cameron and Brandon Olson created a business plan to bring solar energy options to La Crosse.

Olson Solar Energy started in 2017 with a few jobs in southwest Wisconsin. There were no other solar companies in the area, so the market made sense. In 2019, they invested in advertising and expanded to opening the shop.

“There were so many people interested in solar from smaller, residential systems to bigger commercial systems, and this year has just been more of the same,” Cameron said.

The small company is growing quickly in clients and experience. There are two main reasons why customers become interested in solar energy. One is because they want to invest in a renewable resource. The other is to save financially and become self-sufficient as some of their designs completely clear energy bills.

“Whatever reason is important is fun because we get to be a part of it,” Cameron said.

For farmers, a big draw is understanding how solar panels can be an asset for their livelihoods. Olson Solar Energy has installed panels on farms large and small.

“One of the best examples I had was a farm told me they are going to harvest the sun’s energy and sell that energy back in, so they treat it just like a crop,” Cameron said.

The brothers’ business offers three different systems. A grid-tied system uses power grid energy. Any extra energy produced by the panels is sold back to electric companies, but if the grid loses power, then the home also loses power. An off the grid system stores solar energy in batteries for future use, so power will stay on if the grid fails, but the extra energy created is lost. A hybrid system has both battery options and connects to the grid.

Cameron said the hybrid systems are appealing to farmers who have to continue working, even in a power outage.

Return on investment for panels depends on the system and size, but typical residential customers see payback within 10 years. The large commercial or farm systems usually see profit in seven.

Fortunately, COVID-19 has not impacted Olson Solar Energy’s supply chain for receiving panels and other products. Cameron added much of the pre-installment conversations can be completed with conversations over the phone and pictures sent via email.

For the second year in a row, Olson Solar Energy is giving away a new 3kW solar system valued up to $10,000. Those interested must enter their names by 6 a.m. Friday, June 19. The winner will be announced Monday, June 22.

Cameron said the system will likely cover about half of a home’s energy usage and will be completely installed with the giveaway.