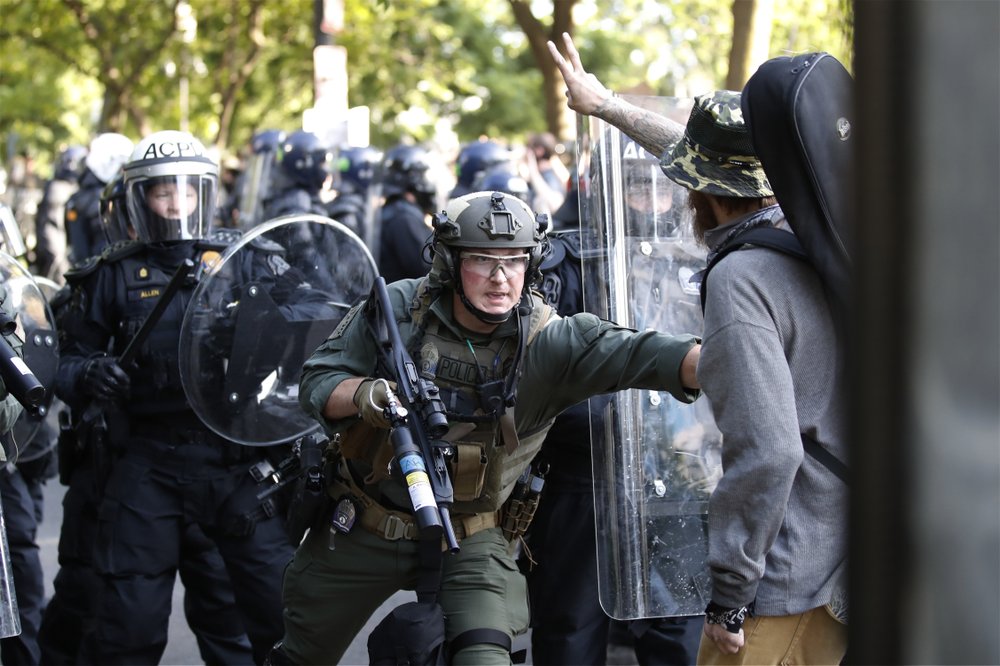 FILE - Police begin to clear demonstrators gather as they protest the death of George Floyd, Monday, June 1, 2020, near the White House in Washington. (AP Photo/Alex Brandon)

Federal prosecutors have charged a Rochester, Minnesota, man with arson for a fire at a Minneapolis pawn shop during the unrest following the death of George Floyd.

According to the complaint, investigators with the Bureau of Alcohol, Tobacco, Firearms and Explosives received video from an anonymous source of an arson that took place May 28 at the pawn shop.

The video shows a masked man, later identified as Lee, pouring liquid from a metal container throughout the pawn shop. A second video shows Lee standing in front of the burning pawn shop saying “We’re going to burn this” place down.

Rioting and arson fires broke out in Minneapolis following the death of Floyd, a handcuffed black man who was pinned by a white Minneapolis police officer with a knee against Floyd’s neck.

Lee’s federal public defender did not immediately return a phone call for comment on his behalf Tuesday.