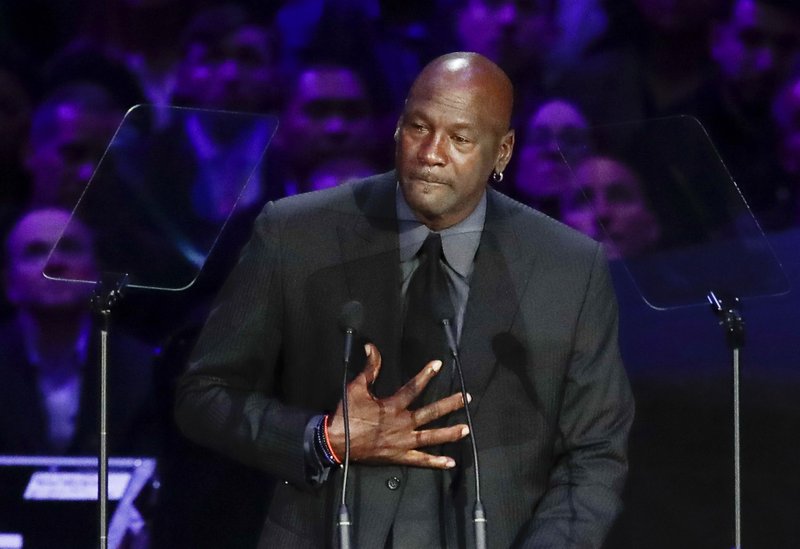 In a joint statement Friday on social media, Jordan and the Jordan Brand said money will be paid over 10 years with the goal of “ensuring racial equality, social justice and greater access to education.”

“Black lives matter,” the statement said. “This isn’t a controversial statement. Until the ingrained racism that allows our country’s institutions to fail is completely eradicated, we will remain committed to protecting and improving the lives of black people.”

Jordan, the 57-year-old former Chicago Bulls great, is the owner of the Charlotte Hornets. The Jordan Brand is a subsidiary of Nike, the shoe giant that earlier Friday committed $40 million over the next four years to support the black community.

Jordan also released a statement Monday on George Floyd and the killings of black people at the hands of police.

“I am deeply saddened, truly pained and plain angry,” Jordan said. “I see and feel everyone’s pain, outrage and frustration. I stand with those who are calling out the ingrained racism and violence toward people of color in our country. We have had enough.”

Floyd was in handcuffs when a Minneapolis police officer pressed his knee into his neck as he pleaded that he couldn’t breathe. Derek Chauvin is charged with third-degree murder and second-degree manslaughter.

TOP PHOTO: FILE – In this Feb. 24, 2020, file photo, former NBA player Michael Jordan reacts while speaking during a celebration of life for Kobe Bryant and his daughter Gianna in Los Angeles. Jordan is “deeply saddened, truly pained and plain angry.” With protesters taking to the streets across the United States again Sunday, May 31, Jordan released a statement on George Floyd and the killings of black people at the hands of police. (AP Photo/Marcio Jose Sanchez, File)