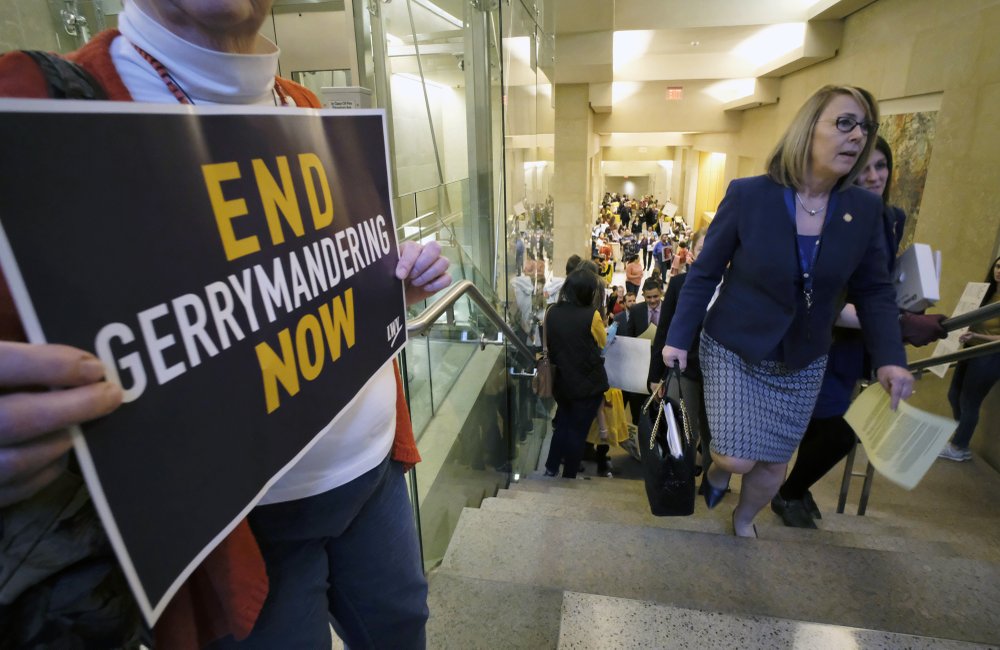 MADISON, Wis. (AP) — Republicans want to keep any legal battle over redistricting Wisconsin in the state Supreme Court, starting the fight over the redrawing of political boundary lines on Wednesday a full year before any new maps are created.

Since the Republicans drew the maps 10 years ago, the party has maintained majorities in the state Senate and Assembly and holds five of the state’s eight congressional districts. Who draws the maps next year, and which court resolves the expected legal fight, will give the winner an upper hand in having majority control.

Even though Republicans currently control both the chambers, Democratic Gov. Tony Evers has the power to veto any map passed by the Legislature. Most expect courts to have the final say. Keeping any lawsuits in the state Supreme Court, as the rule change proposes, would seem to favor conservatives, given the current makeup of the court.

“With divided government, we can expect the courts to have the final say on legislative districts in Wisconsin,” said Rick Esenberg, president of the Wisconsin Institute for Law and Liberty which is seeking the rule change along with former Republican Assembly Speaker Scott Jensen.

Under their proposal, any legal challenge would start and end in the Wisconsin Supreme Court instead of first working its way through lower courts. Challenges could be brought before the census data is available in April 2021, but the court would have to decide on the legality of any maps by April 2022. That would guarantee candidates for office would know the boundaries of their districts before they start circulating nomination papers to get on the ballot that fall.

The Supreme Court is currently controlled 5-2 by conservatives. That will decrease to 4-3 in August when Dane County Circuit Judge Jill Karofsky begins a 10-year term.

Evers, Democrats in the Legislature and liberals have pushed for a nonpartisan redistricting process in Wisconsin, only to be rebuffed by Republicans.

In 2011, the maps drawn in secret by the Republican-controlled Legislature were quickly passed and signed into law by then-Gov. Scott Walker, a Republican. Democrats fought them in court from 2011 all the way until last year.

The Wisconsin case was one of the key gerrymandering lawsuits nationwide. The U.S. Supreme Court refused to hear the case. Last year, in similar cases out of North Carolina and Maryland, the court shut the door in federal court on gerrymandering arguments by essentially saying that states are free to draw electoral borders as they please.