La Crosse's food bank takes on another responsibility, as Food Drive Fridays wraps up this week 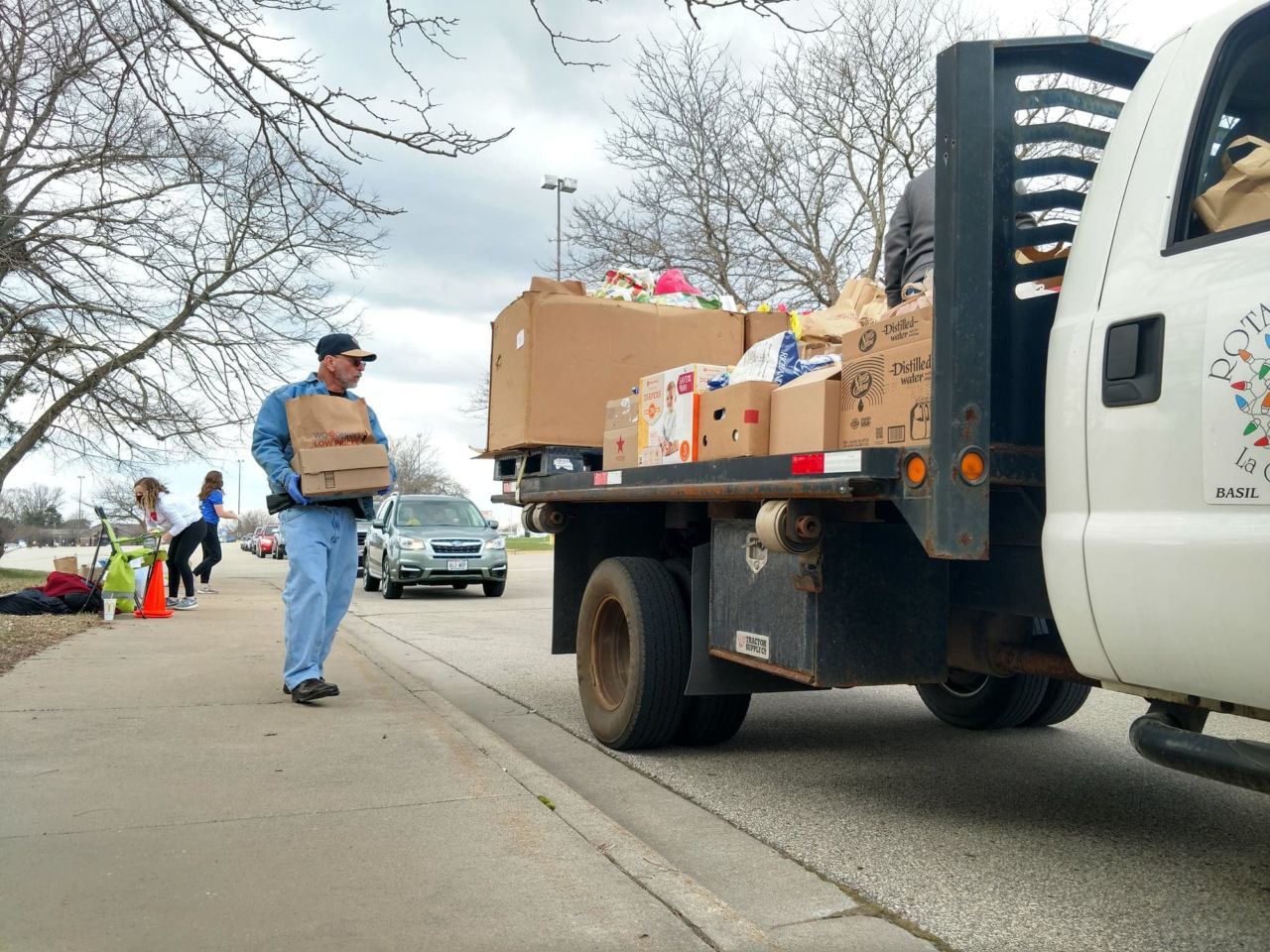 The responsibilities for the only food bank between Madison and Rochester, Minn., get a little more complicated this week.

Over the past six weeks, the La Crosse community has come through in nearly unimaginable ways to keep the Hunger Task Force of La Crosse food bank stocked through an effort called Food Drive Fridays.

The amount of money and food it has brought in to help the Task Force serve nearly 100 food pantries, youth groups and meal programs, is almost staggering for executive director Shelly Fortner.

While that effort wraps up this week with one last drive, the Task Force is taking on another huge responsibility.

After the USDA announced a $3 billion effort to buy produce, meat and dairy products from farms across the US through the Farmers to Families Food Box program, La Crosse’s Hunger Task Force, in partnership with the Hunger Relief Federation of Wisconsin, will also become a distribution hub.

“We’re going to start doing that now,” Fortner said told La Crosse Talk PM. “So, this is another big undertaking, and it’s kind of shown how Hunger Task Force, as a food bank, has changed. We were the collector, we were the hub and now we’re going to be part of distributing a lot because these are just strange times. So, our role is changing a little bit.”

In other words, the Hunger Task Force could use a few more volunteers.

As for Food Drive Fridays, Fortner knew the La Crosse community was generous, but what it has done is something she never thought possible. The second-last week of the Friday run brought in a ridiculous $15,000 and 6,300 pounds of food donations. The total now is at 61,800 pounds of food and over $201,500 donated.

“This has just been the most amazing thing,” Fortner said. “We’ve never seen anything like it. Honestly, we hope the issue that brought us to this never happens again. But we really saw the community and groups and — you name it, friends and neighbors and businesses — everybody has really come together for this. I don’t think that any of us knew this was going to take off like this.”

Fortner hopes to see the drive end in a huge way Friday. She believes the effort should keep the food bank stocked through the fall, possibly winter.

Just to compare, the biggest area food drive, put on by Rotary iFeed, brings in around 30,000 pounds, which Fortner said is “massive for us.” Rotary Lights and the Post Office drives, she said, bring in about 15,000 pounds, which is what Food Drive Fridays brought in Week 1.