COVID-19 art could be commissioned in La Crosse

Local gas prices back up to $2

Teenager one of two new cases of COVID-19 in La Crosse County, which has had nine cases the past three days 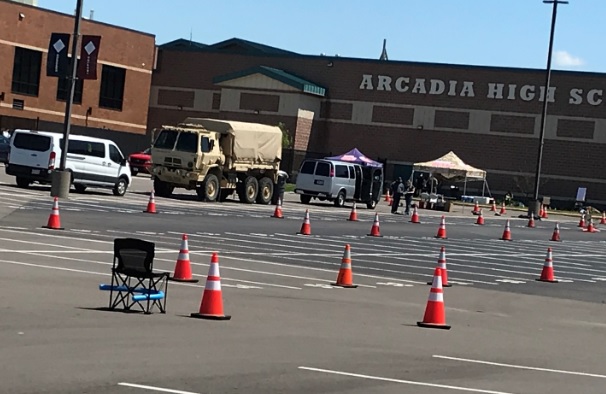 ARCADIA, Wis. — While La Crosse County held a COVID-19 testing site in Onalaska on Thursday, Trempealeau County did the same thing the day before.

It was a testing site that was much needed for county residents for a multitude of reasons, according to Trempealeau County health director Barb Barczak.

“We have a number of low income people in our family,” Barczak said, “who either don’t have a car to drive to La Crosse or Eau Clare, or money for gas or who can’t get off for work, or who have no insuracne, and the National Guard testing was free.”

Barczak added that about 30 National Guard members, along with 20 county health workers helped test 180 people at the site in the Arcadia High School lot. In Jackson County, the Guard there helped get 173 people tested.

By midday Wednesday, the National Guard had opened up testing at Arcadia to anyone that wanted one, rather than limiting it to county residents aged 5 and over, who were showing symptoms.

Barczak did say they made note of who was tested with and without symptoms.