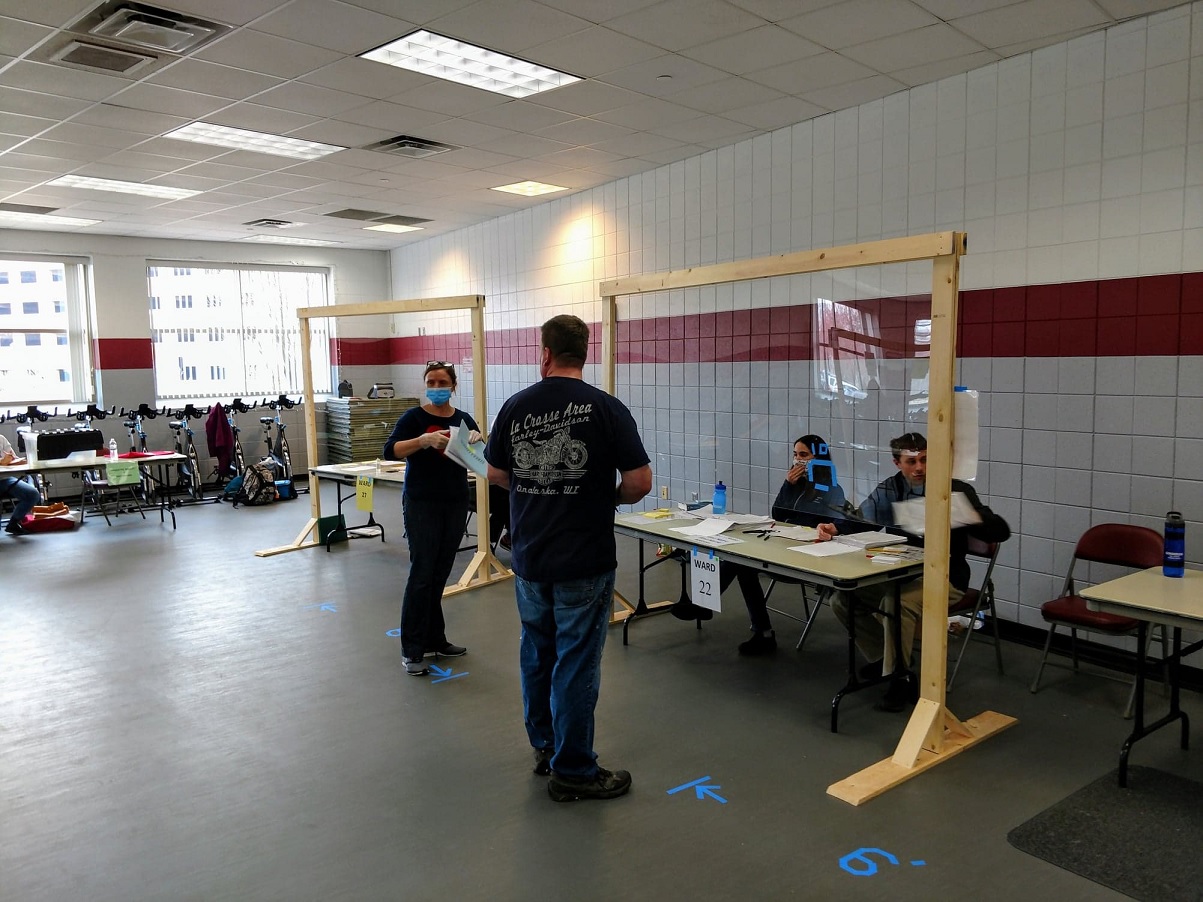 MADISON, Wis. (AP) — Wisconsin officials are working on new tracking technology for absentee ballots and considering a host of other changes to improve the state’s vote-by-mail process ahead of the November presidential election, according to a new report.

Wisconsin has been at the center of the fight over elections during the coronavirus pandemic after going ahead with its April 7 presidential primary even as other states postponed theirs because of the risk of spreading the disease. Voters overwhelmed local clerks with a record number of absentee ballot requests, but many complained that they never received one and postal workers failed to properly manage ballots sent to Fox Valley voters.

The Wisconsin Elections Commission is scheduled to review a staff report Wednesday detailing potential improvements to the mail-in system as the fall elections approach.

Demand for mail-in ballots will be even higher in November with the coronavirus threat still expected to be lingering, the report warned. Nearly 2 million voters, or almost two-thirds of the typical turnout for a presidential election, are expected to vote by mail in November, it projected.

“This kind of volume would present terrific challenges for Wisconsin election officials at all levels,” the report said.

Commission staffers have been meeting weekly with postal service officials to discuss attaching so-called intelligent bar codes to absentee ballot envelopes, the report said. The postal service can scan the bar codes when the envelopes are received at a postal service location, enabling voters to track their ballots.

The commission has formed a committee of local clerks and asked it to come up with other ways to improve the mail-in system and has started offering video conferences on absentee voting for inexperienced and first-time voters, the report added.

The review also provided an after-action synopsis of the April 7 election.

Many clerks had to process overwhelming numbers of requests while working alone or part-time with limited resources. They also had to simultaneously recruit new poll workers because droves of them quit out of fear of contracting the virus and keep abreast of changes as Democrats and their allies mounted an ultimately futile attempt to postpone the election.

The report goes on to note that Oshkosh and other Fox Valley communities reported voters complained that their ballots were arriving late or not at all. Commission staff got a call the day after the election from the postal services’ Great Lakes Regional Office in Chicago reporting the office had located three tubs containing about 1,600 ballots for the Fox Valley area. Commission staff tried to follow up on what happened to the ballots but still haven’t gotten any answers.

The Village of Fox Point reported that postal workers were repeatedly bringing absentee ballots back to the village hall before they got to voters. In the week before the election, postal workers were bringing 100 to 150 ballots back to the hall every day, the report said. Fox Point officials said they couldn’t get any explanation from the postal service.

The report didn’t offer any insights on the Fox Point situation except to note that election officials currently can’t monitor ballots in the mail, hence the need for the intelligent bar codes.

Advocates for people with disabilities and minority voters sued the commission in federal court Monday, demanding that more poll workers be hired, every voter in the state receive an absentee ballot application and a host of other changes be made to ensure the August primary and November presidential election can be held safely.