Mall of America to reopen June 1 with new safety protocols 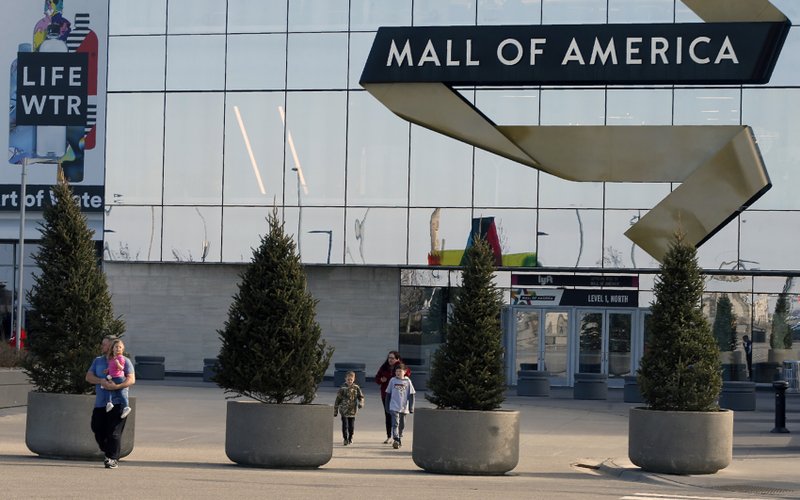 MINNEAPOLIS (AP) — The Mall of America, which is the largest shopping and entertainment complex in North America, will partially reopen on June 1 in compliance with Minnesota’s new safety protocols for slowly reopening the economy during the COVID-19 pandemic, mall management announced Thursday.

Gov. Tim Walz’s decision Wednesday to allow his stay-at-home order to expire and to allow retailers to start reopening on Monday was “promising news” for the mall and all retailers, the operators of the mall in the Minneapolis suburb of Bloomington said in a statement. The mall, which has more than 520 stores and restaurants, temporarily closed on March 17, though some of its merchants recently began offering curbside service.

“Mall of America is home to more than 175 small business owners in addition to hundreds of national and global brands,” the statement said. “We are prepared to open our doors, so they can open theirs giving them the opportunity to begin rebuilding their business.”

Not all of its stores will be ready to reopen June 1, and all mall dining venues and attractions will remain closed pending further guidance from the state, though eateries can offer curbside and delivery service in the meantime. The complex will reopen with social distancing signage, specific doors for entering and exiting to redirect foot traffic, enhanced cleaning procedures, modified operating hours, capacity limits and reconfigured seating, among other safety measures.

“Reopening a building the size of Mall of America is no small task, but we are confident taking the necessary time to reopen will help us create the safest environment possible,” the mall said. “We look forward to welcoming back our team members, tenants and guests.”

The Minnesota Department of Health on Thursday reported 25 more COVID-19 deaths and 523 new confirmed cases. The new figures raised Minnesota’s death toll to 663 and its confirmed case count to 13,435, though officials stress that many more people have been infected but haven’t been tested.

Twenty of the 25 new deaths were among residents of long-term care or assisted living facilities, raising the state total for such deaths to 537. The Minnesota National Guard on Thursday deployed 20 medics to help jump-start the state’s plan to ramp up testing of those residents, state Homeland Security Director Joe Kelly told reporters during a conference call.

The department also said 498 people were hospitalized with the disease as of Thursday. That total includes 203 patients who were in intensive care, which was an increase of four from Wednesday and was a new daily high for Minnesota.

State and private labs reported 6,717 new completed tests Thursday, which was their highest one-day total yet.

Walz said Wednesday that he will let his stay-at-home order lapse as scheduled on Monday, though he’ll leave key restrictions in place. Retail stores and malls can reopen Monday for in-store shopping if they have social distancing in place for workers and customers and are at no more than 50% occupant capacity. The governor also directed his cabinet to try to come up with ways to safely reopen bars, restaurants, barbershops and salons starting June 1.

Around 500 conservative protesters — many waving Trump signs — gathered outside Walz’s official residence Thursday to protest the continued restrictions. The protesters were peaceful but very few practiced social distancing or wore masks. The gathering appeared to be larger than a similar protest there a month ago. It was one of several similar protests across the country in recent weeks, including one in Michigan on Thursday.