A tribute, and some training, as F-16s flyover was right on time Tuesday in La Crosse 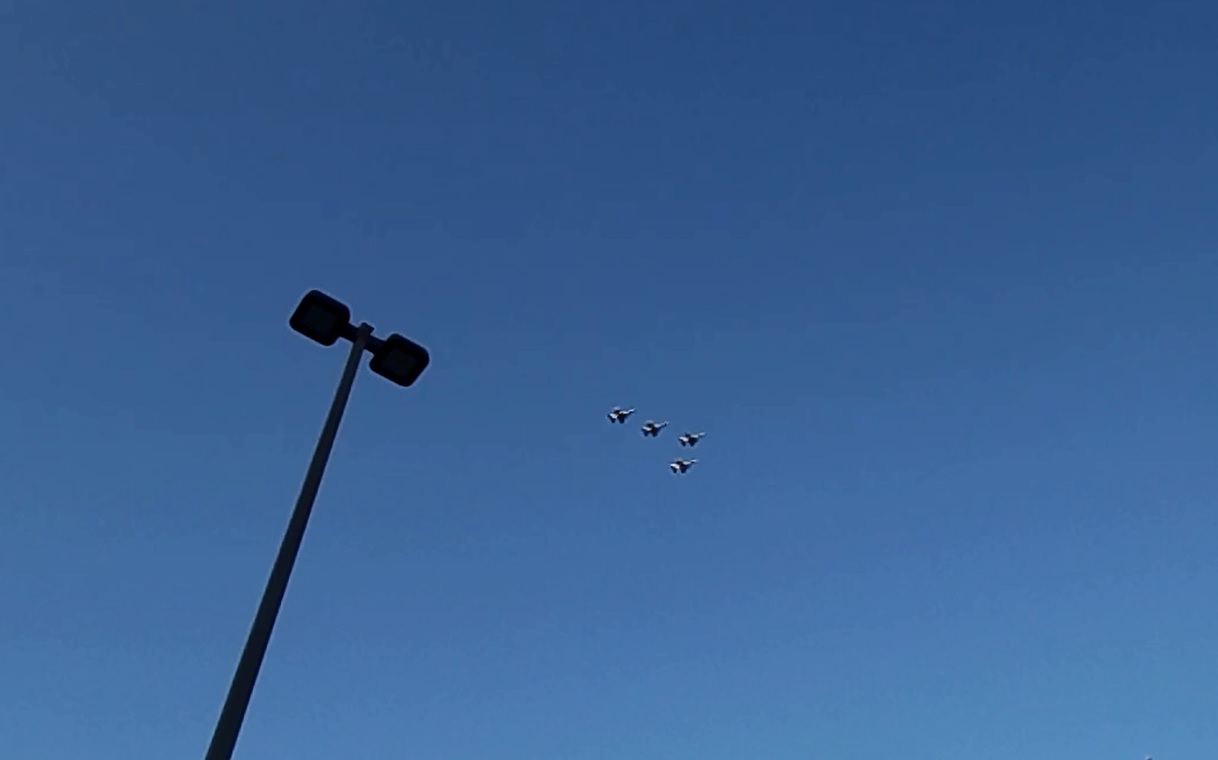 Part tribute, part training. That’s what many saw looking to the sky on Tuesday evening throughout Wisconsin.

Four F-16s Fighting Falcons flew over La Crosse in arrow formation just after 7 p.m., before heading east toward Tomah, Wis. It was part of a tribute from the 115th Fighter Wing out of Madison to frontline and health care workers throughout the state.

It was also some training pilots don’t get every day.

“So, this flyover, in itself will be valuable training for the pilots, as well.”

“This week, the fighter wing is doing night training, so that’s kind of why you seen the flyover accomplished a little bit later in the evening,” Westmont added.

For those who argue it’s a waste of taxpayer money, it was all taken into consideration. Westmont said pilots train between an hour to an hour and a half, daily in the air space above Volk Field at Camp Douglas, just east of Tomah, Wis.

But this flyover changed things up, and sort of killed two birds with one stone, as they were able to train and call it a tribute.

“We wanted to make sure we were fiscally responsible with this flyover, which is why they worked really, really hard to make sure that we fit it in to a regularly scheduled training mission,” Westmont said.

Westmont also talked of how the Thunderbirds and Blue Angels have done similar flights across the U.S. to pay tribute to workers, and it was exciting for the 115th Fighter Wing to do something for those in Wisconsin.