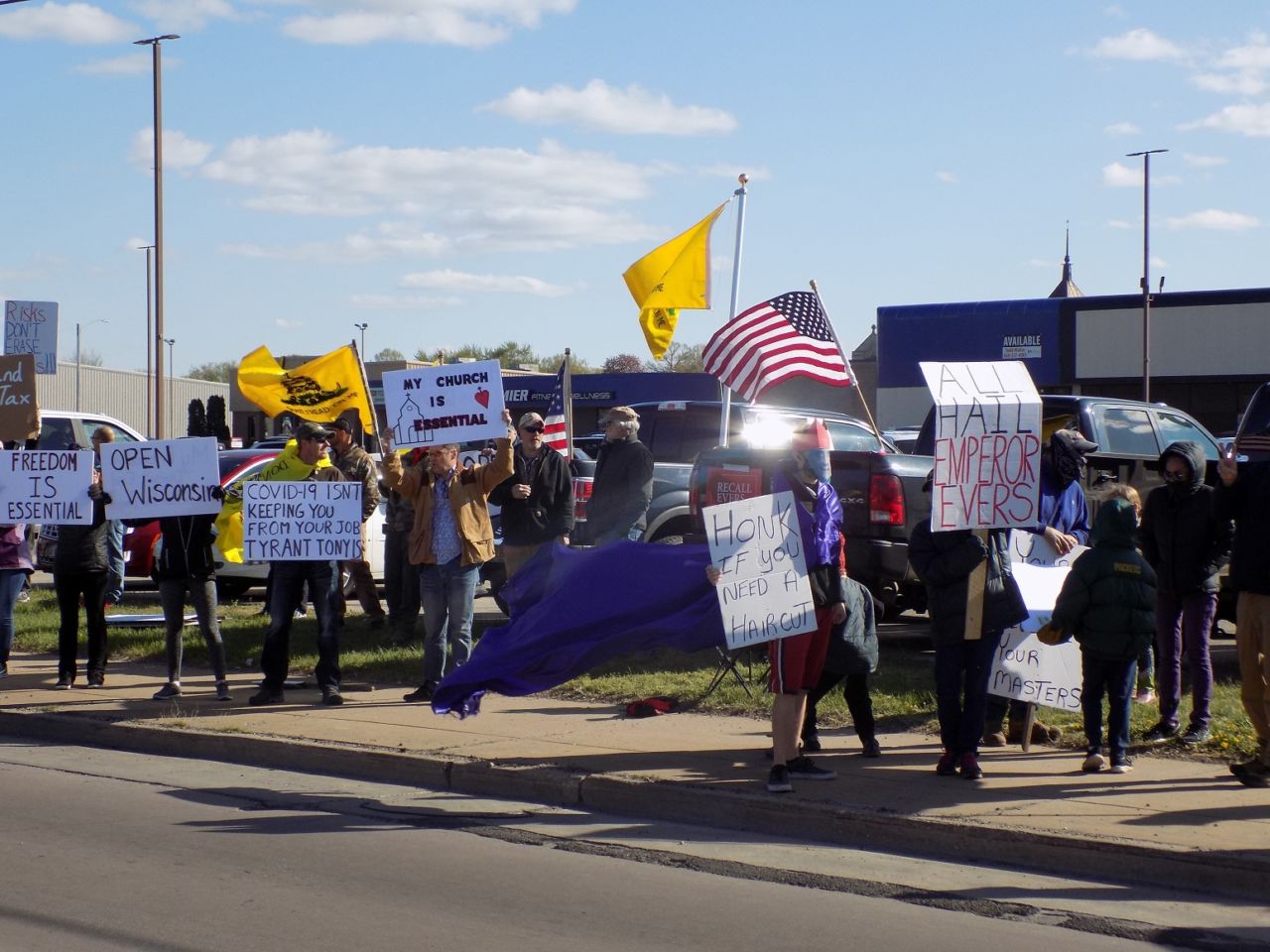 Many of the people on the sidewalk carried signs criticizing the shutdown, with some specifically calling Gov. Tony Evers “tyrant” and “emperor.”

One protester appeared to be wearing a photo mask of Evers over his face, while also wearing a crown and a purple cape.

Similar demonstrations have taken place near La Crosse City Hall recently, where picketers objected to the prolonged closing of businesses such as hair salons.

The governor’s shutdown order was recently extended to May 26th, leading to protests throughout the state.