Pandemic projected to take $4B bite out of Minnesota budget 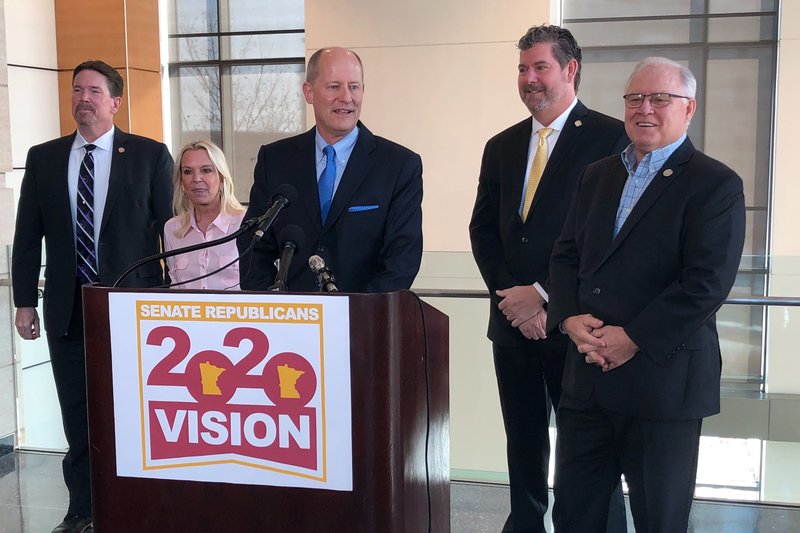 Minnesota Management and Budget said it now projects a nearly $2.43 billion deficit for the current two-year budget period, which runs through mid-2021. That compares with its projection just nine weeks ago of a $1.5 billion surplus, when many economists still expected only minimal effects from the coronavirus outbreak on the U.S.

The projected deficit is just slightly larger than Minnesota’s budget reserve of nearly $2.34 billion, which the state can tap to help cover the hole.

Budget Commissioner Myron Frans, however, cautioned against relying solely on that reserve to close the gap. While federal money should offset some of the state’s costs, he warned that the crisis could deepen.

Walz said he’s not ready to rule anything out — including layoffs and furloughs of state employees, and other cuts — though he said payroll costs make up only a fraction of state spending.

“At this time, it’s really important that every potential scenario is on the table,” Walz said at his daily briefing for reporters.

Frans had been warning for the last few weeks that the pandemic would upend his earlier projections. The shock has slashed projected tax revenues by $3.6 billion, while the response has pushed projected spending $391 million higher.

“The disease outbreak, the restrictions applied to slow its spread, and the U.S. and global economic contractions have rocked Minnesota’s economy, and generated conditions that will remain volatile as long as the pandemic persists and as long as the U.S. outlook remains uncertain,” State Economist Laura Kalambokidis said.

The Minnesota Department of Health on Tuesday reported 617 new confirmed cases, the state’s highest one-day total yet. That’s up 46 from Monday to raise the state’s total to 7,851, but officials say those numbers are much lower than the actual number of coronavirus infections because not everyone gets tested or shows symptoms. Minnesota’s death toll rose by 27 to 455. Hospitalizations hit new highs, with 434 patients hospitalized as of Tuesday, including 182 in intensive care.

Walz also used Tuesday to ease worries on patients and the financial burden on health care providers by allowing doctors, dentists and veterinarians to resume elective surgeries and other procedures. The temporary ban, which he ordered in mid-March to preserve supplies of personal protective equipment, had support from the state’s hospitals but led several health care systems across the state to furlough workers. Under his new order, providers must develop plans first for how they can operate safely, including how they’ll conserve their supplies of masks and respirators.

Walz acknowledged that it’s “more than likely” that he’ll have to call the Legislature back for a special session sometime after its mandatory adjournment date of May 18 to keep working on the crisis.

“We need to say, ‘no’ to any new spending increases that won’t be reimbursed by the federal COVID relief funds or help us reopen the economy,” Gazelka said in a statement.

Frans said the state is fortunate that it built up the large reserve under Walz and his predecessor, Gov. Mark Dayton.

“We have made smart decisions and preparations for an economic downturn,” he said. “We never anticipated it would be a downturn based on a global pandemic. But our rainy day fund now is at the highest level in our state’s history.”