West Salem raises more than $16,000 to feed families in need 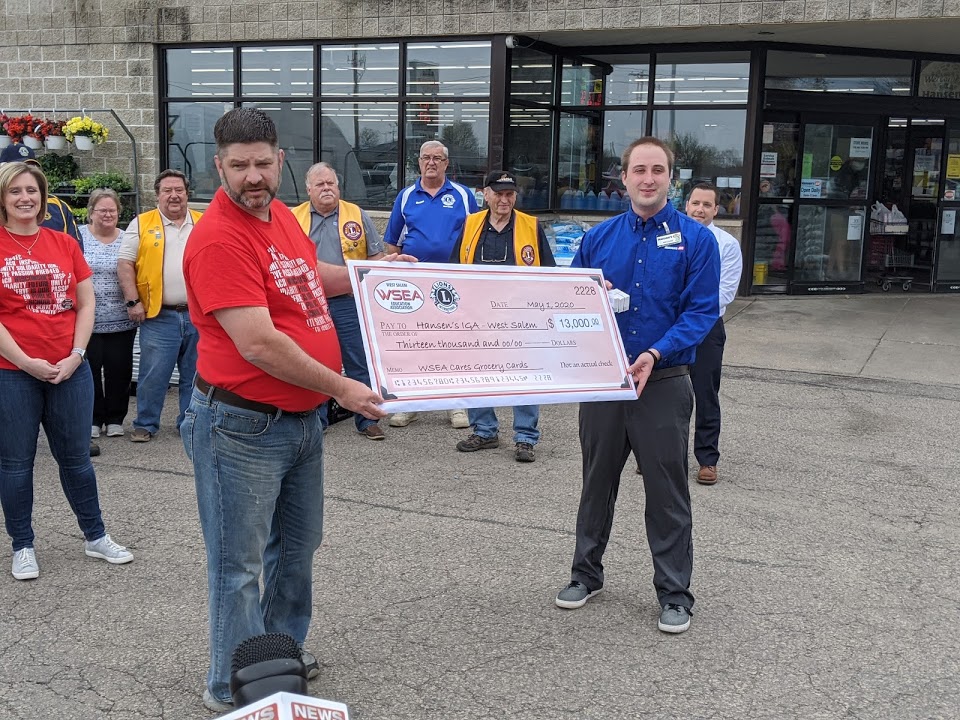 An effort to feed families in need exceeded all expectations in West Salem.

The West Salem Education Association (WSEA) partnered with the West Salem Lions Club for a matching funds drive 29 to give grocery gift cards to struggling families in the West Salem School District.

“We knew that there were going to be families that were going to experience hardship,” WSEA Co-President Ryan Waldhart said. “We wanted to help in any way that we could.”

“Two weeks later with the help of 120 donors, we are over $16,000 in donations from our wonderful community,” Waldhart said. “It just gives me great hope for humanity.”

West Salem Senior Justin Kettner made a big contribution to the cause donating $1,700 as part of his senior exit project. The project started while school was still in session with a fundraiswer barbecue dinner at the high school.

“Originally, my plan was to use the money that I raised to offset any negative accounts that we have at the school for students that couldn’t pay their debts,” Kettner said. “When this came around, it just seemed like a better opportunity to benefit the community, and I felt like it would benefit more families overall.”

The grocery store gift cards were all purchased locally through Hansen’s IGA, which also donated $1,000 for the cause. In the first round, 240 families received $50 gift cards. Additional funds will be presented in a second round of donations that Waldhart hoped could help 150 additional families.