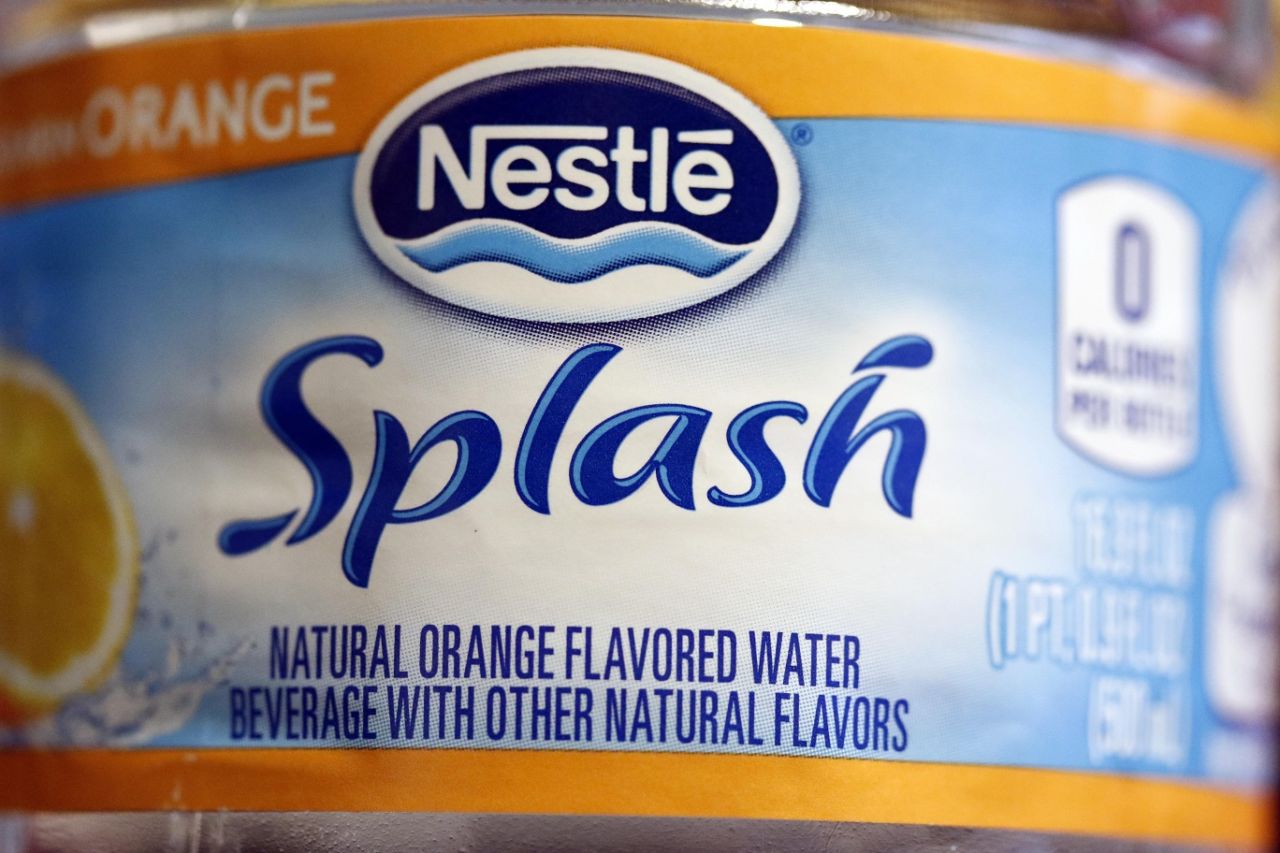 In this Sept. 21, 2018 photograph, is a closeup of the label on a "Splash" pint bottle of flavored, purified water, manufactured by Nestle, on sale in a Ridgeland, Miss., convenience store. (AP Photo/Rogelio V. Solis)

EVART, Mich. (AP) — A bottled water company has won a key decision in its effort to pump more water from a well in western Michigan.

An administrative law judge last week upheld a state permit, which allows Nestle Waters North America to pump 400 gallons a minute from a well near Evart in Osceola County, a 60% increase, MLive.com reported.

The water is trucked to an Ice Mountain production facility in Mecosta County. Nestle pulls water from other wells in the area.

A local group, Michigan Citizens for Water Conservation, and the Grand Traverse Band of Ottawa and Chippewa Indians challenged a permit approved in 2018 by Gov. Rick Snyder’s administration.

The critics say increased pumping will harm the environment in the Chippewa Creek watershed.

Pulter said any appeal would go to Liesl Clark, head of the Department of Environment, Great Lakes and Energy, known as EGLE.

“This little setback, in one insignificant court, will not deter us from continuing our challenges to business as usual or our determination to enact laws and policies that actually serve all the people and preserve our ecosystems,” Michigan Citizens for Water Conservation said.